By Benchmaker (self media writer) | 1 year ago 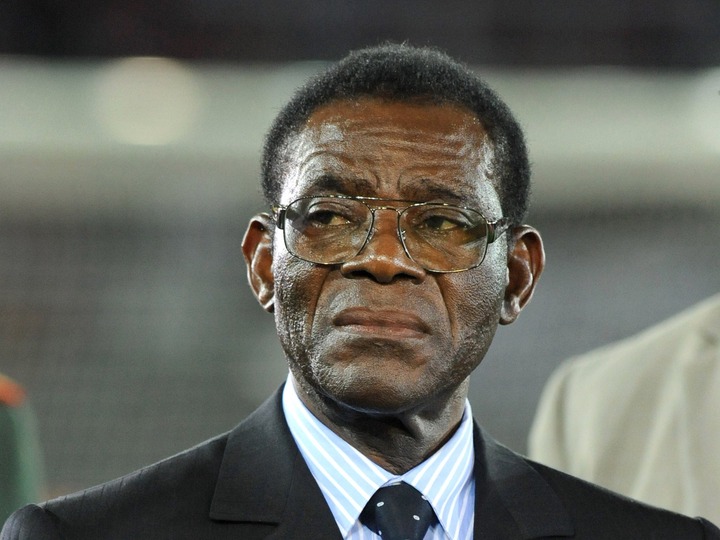 He is the second president of Equatorial Guinea since August 1979, Mr. Obiang overthrew his uncle Francisco Marcia's Nguema from power in a bloody coup de tat of August 1979. 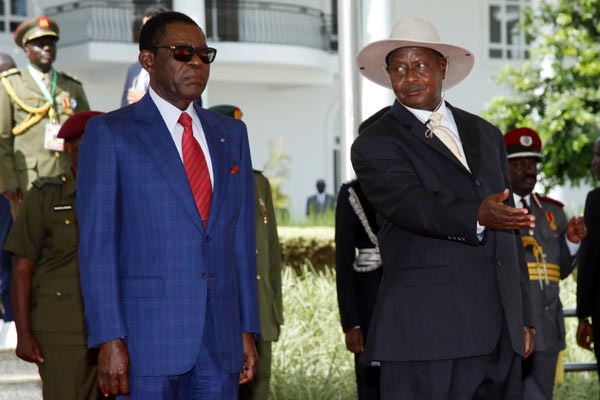 Photo: President Obiang with his counterpart Yoweri kaguta Museveni in past event.

Like his predecessor and other African dictators such as Idi Amin and Mobutu sese seko, Obiang has assigned himself several creative tittles among them are 'gentleman of the great lsland of Bioko,he also refers to himself as 'the boss'

Equatorial Guinea is being led by one party, Democratic party of president obianga to date which lacks freedom to the people. 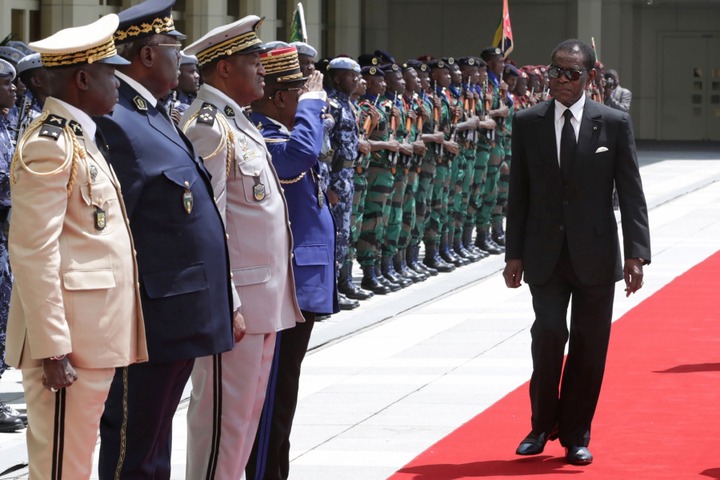 President obiang is accused of turning the country into his property since he owns even radio stations.

In july 2003 one of the radio stations declared Obiang '' The Country's god with all powers,it added that the president was in permanent contact with almighty and can decide to kill without anyone calling him to account and without going to hell.

Obiang remains the longest serving president in Africa having reigned for 41 years now.

Content created and supplied by: Benchmaker (via Opera News )

"They Costed Us All The 3 Points, Please Board Sack Them" Angry Chelsea Fans Blast Tuchel & Lukaku