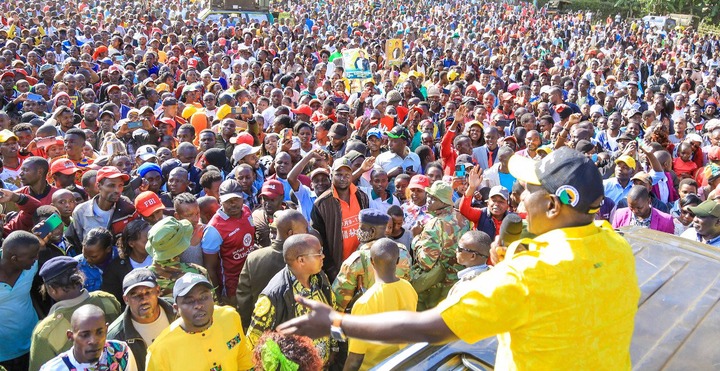 A bruising political battle is unfolding in the country as 4 presidential aspirants move across the country in a vote hunting mission. UDA leader William Ruto and ODM leader Raila Odinga are considered the top contestants to succeed president Uhuru Kenyatta.

Kenya Kwanza allies are leaving nothing to as they fight to counter attack Azimio influence in Meru county.

DP Ruto fired at president Uhuru accusing him of interfering with the upcoming election. He urged him to avoid attacking his bid and allow a fair competition with Raila. 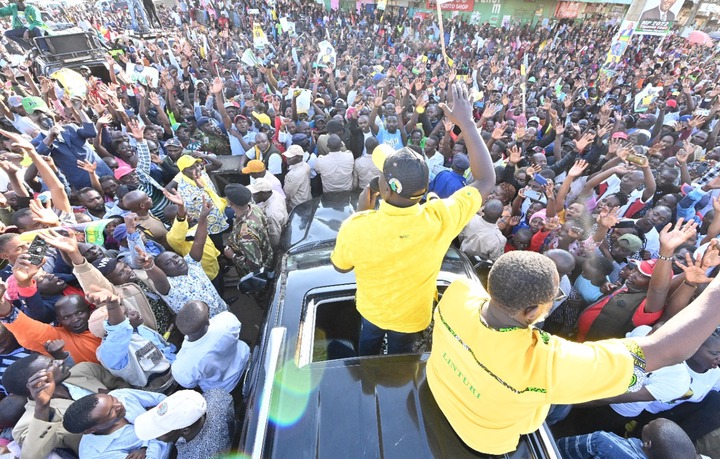 Speaking in Mikinduri, DP told people to blame Raila-Uhuru handshake for the high cost of living alleging that Azimio interfered with their plan to revive the economy. He warned residents not to be deceived by Raila alleging that Azimio's trickle down plan would not held ordinary people. This prompted the crowd to reveal that they won't be fooled again. Ruto urged them to vote him on the upcoming election.

Ruto told residents that he constructed several roads in the county together with other projects which he promised to fulfill if elected.

Watch the video below for more information.

Opinion: Are The Four IEBC Officials Heroes or Villains?

We Will Have to Accept, Humble Atwoli Speaks After Ruto's Win as President Elect