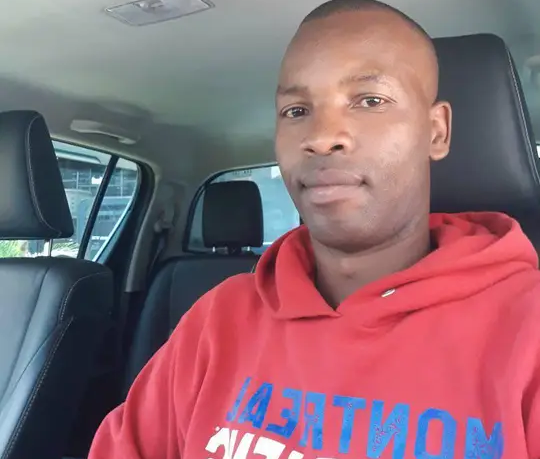 Disgruntled politician from Nyandarua county has announced he is done with politics after his bid for an elective post badly flopped during Tuesday's general election.

John Ndiritu Gichanga was eyeing Kambianga Ward MCA seat in Olkalou constituency but got only 7 votes in the just concluded polls.

The politician popularly known as John Wa Olkalou and who vied on George Wajackoyah's Roots Party revealed he spent KSh 250,000 during the campaigns as he would give voters a 2kg packet of maize flour and money.

The aspirant who is in car hire business said he felt betrayed by family and friends for failing to stand with him as they had pledged to vote for him. 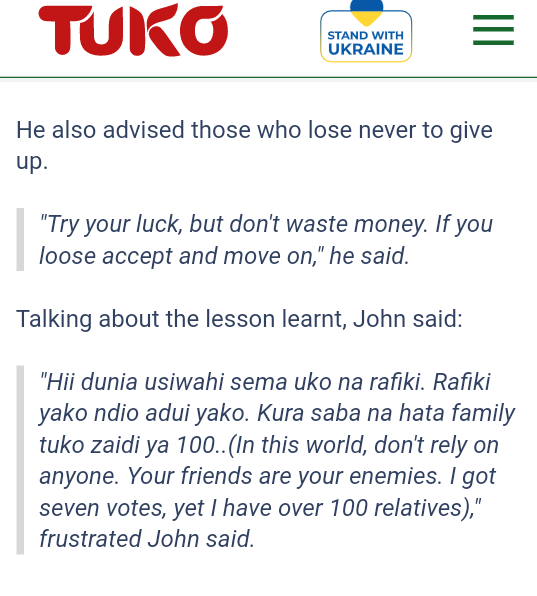 "Hii dunia usiwahi sema uko na rafiki. Rafiki yako ndio adui yako. Kura saba na hata family tuko zaidi ya 100 (In this world, don't rely on anyone. Your friends are your enemies. I got seven votes, yet I have over 100 relatives)," frustrated John said.

After the results were released, John, who was brought up by a single mother, gave all those who took money from him during campaigns 24 hours to return arguing they did not keep their word on voting for him. 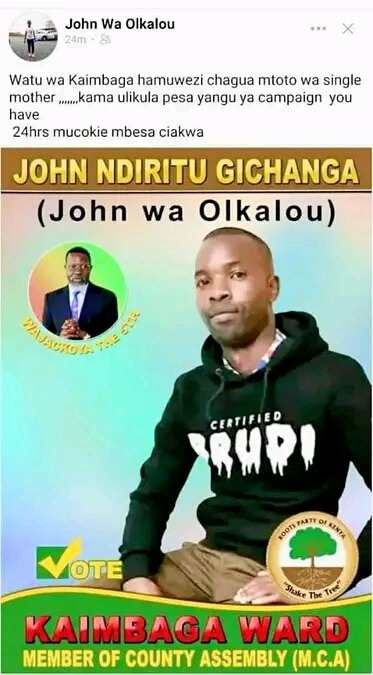 DP Gachagua Calls Out Raila In Ruto's Presence, Alleges What A Section Of Azimio Leaders Planned