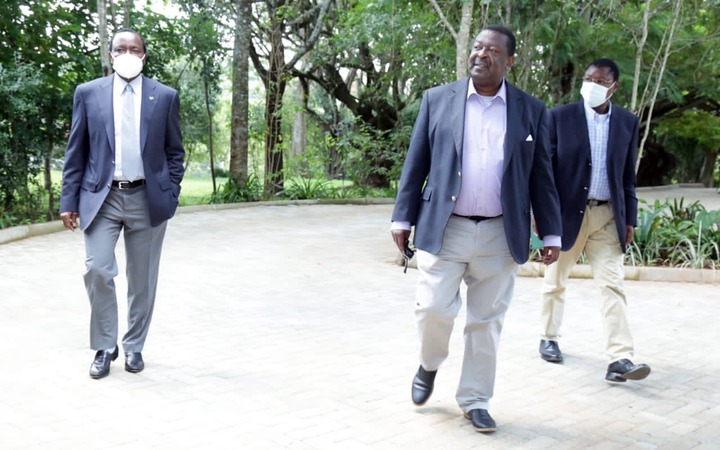 It has emerged that divisions have erupted within the One Kenya Alliance (OKA), between ANC leader Musalia Mudavadi and his Wiper counterpart Kalonzo Musyoka.

According to insiders, the differences have been brought about by lack of a clear communication on how they should approach their former National Super Alliance movement member Raila Odinga.

Despite the two politicians announcing their intention to run for president, President Uhuru Kenyatta's stance in favor of Mr Odinga has been seen to undermine their strategies and the direction they will take. 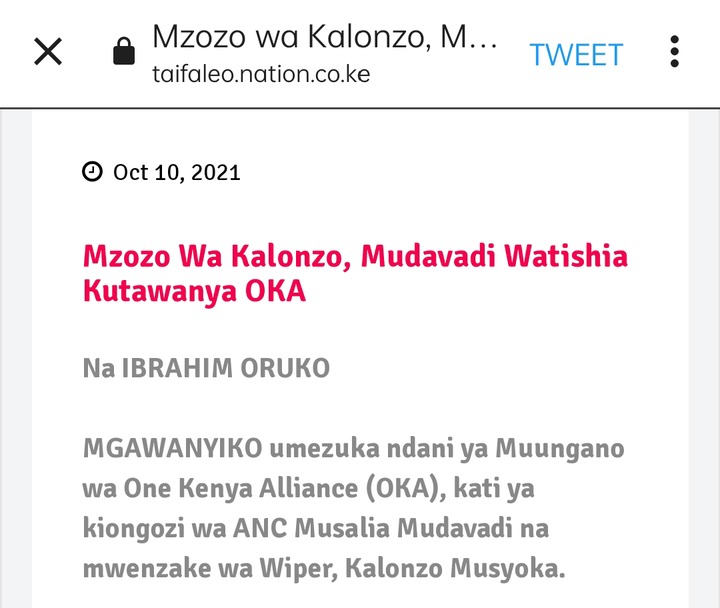 It has also been established that Baringo Senator Gideon Moi, who is their ally in OKA, favors Mr Odinga, which is a problem for Mr Musyoka and Mr Mudavadi.

As the two continue to fight each other not sure who will fly the OKA presidential flag, the entry of former Lugari MP Cyrus Jirongo into the coalition has made them scratch their heads even deeper.

Taifa Jumapili has established that Mr Mudavadi and Mr Musyoka's problem was that they felt the coalition belonged to them, and that they were more likely to give political direction on local issues than Senator Moi and Ford Kenya's Moses Wetang'ula.

Mr Mudavadi's wing says it suspects Mr Musyoka is on his way out of OKA, and as a precaution has begun to spark a new coalition called the Kenya First Alliance which the ANC leader aims to use it to promote himself.

"Mudavadi will be in debt and even if that means he will ignore the position of Uhuru," said one of Mr Mudavadi's allies.

Mr Mudavadi's supporters have accused Mr Musyoka of refusing to provide other members with documents used to register OKA at a time when he appears to be ignoring alliance issues. 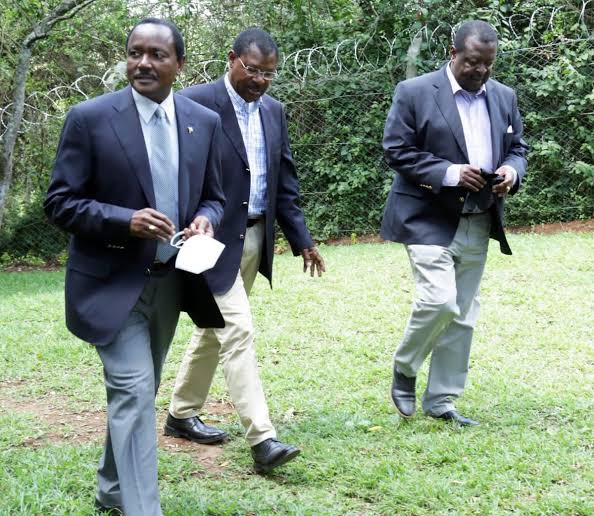 "He has not convened meetings or attended those that are organized," he added.

And Mr Musyoka's insiders claim that their leader has more control over his Ukambani stronghold than Mr Mudavadi controls the West, and that is why they prefer to fly the OKA flag.

Mr Mudavadi's wing is also unhappy with Mr Jirongo's inclusion in the OKA, claiming he is being pushed by Mr Moi and Musyoka to undermine the ANC's potential for the presidency.

"I am now one of the OKA leaders representing my UDP party," said Mr Jirongo, who even addressed a Kanu delegation conference that approved Mr Moi's candidacy for the presidency last week.

The former Lugari MP has been accompanying Mr Moi on various occasions, including yesterday when he visited Gatundu South MP Moses Kuria at the hospital.

Uhuru-DP Ruto`s Fallout Not an Issue, It Will Add Flavor to Competition Amid 2022 Polls