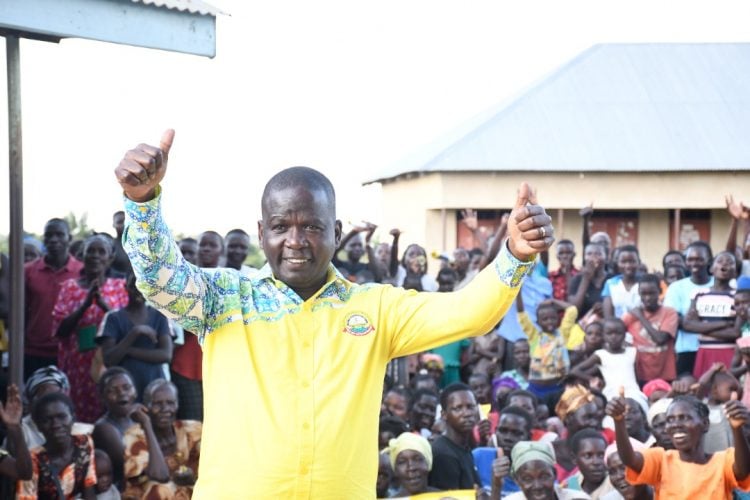 Opposition Forum for Democratic Change’s Moses Attan Okia run to the court to challenge the declaration of Ariko as winner of the July 28, 2022 by-election, citing malpractices, military involvement in the polls and detention of his party agents.

On Friday, Justice Musa Ssekaana of the Soroti High Court ruled that there is no sufficient evidence to overturn the election of Ariko.

The judge explained that when one alleges malpractice, the onus is on them to prove how the same had a substantial effect on the outcome of the election

“Acts which may be regarded sufficient to substantially affect the result of an election need not be widespread non-compliance. It may be acts which occur only in one or few places, yet their effect are so significant

Quoting Section 61 (1)(a) of the Parliamentary Elections Act, the judge ruled that a mere allegation of electoral malpractice of invalidity of votes without tangible evidence. to show how the same substantially affected the outcome of the election is no basis for overturning it.

“ Nullification of an election is a very serious sanction which can be inflicted on an election already conducted. It should only be imposed in very rare situations and only after well-established reasons have been adduced in support of such a decision. The success of a winning candidate at an election cannot be lightly interfered with or taken away without any justification rooted in law and cogent evidence.”

In the resultant case, Justice Ssekaana ruled there was no evidence . to prove the allegations of malpractice and how they had substantially affected the outcome of the election and consequently threw out the petition.

“In sum therefore, this petition fails and is dismissed with costs and I so order.”