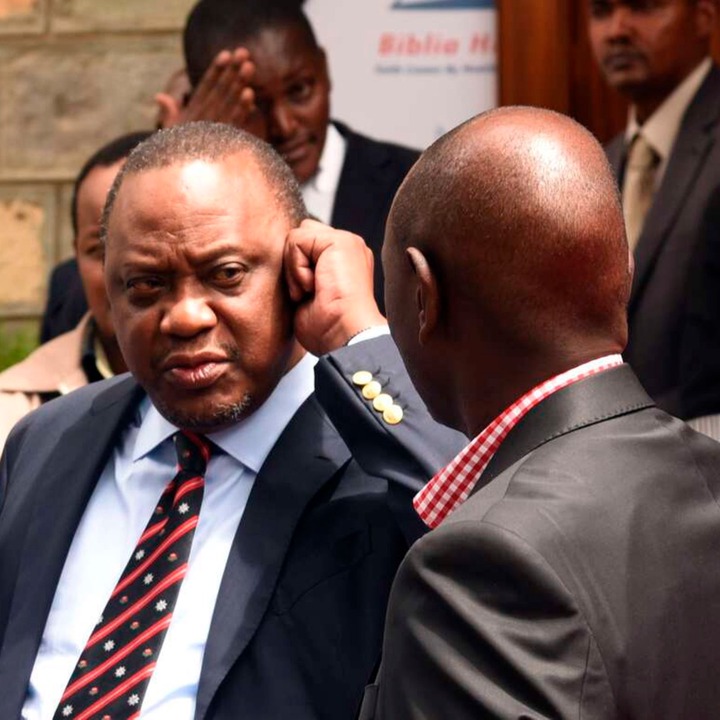 It has been four days since IEBC Chief Wafula Chebukati declared William Ruto, a UDA presidential contender the fifth president elect. Numerous world leaders, most recently Russian President Vladimir Putin have congratulated Ruto on his victory. However, Kenyan President Uhuru Kenyatta has remained silent and has not announced Ruto's victory.

Since Uhuru is the leader of the Azimio One Kenya Coalition Party and his presidential candidate is challenging the outcome of the election that his estranged deputy president won, constitutional attorney Steve Ogolla argues that this may not be an act of retaliation. The people might have assumed that when Uhuru spoke to congratulate Ruto, he is happy with the outcome of the election.

According to Ogolla, in order to strike a balance and avoid placing Raila Odinga in a politically awkward situation, Uhuru should say the following instead.

"At this advanced level, the commission has made a declaration of the president elect, I join them in congratulating him but this does not entail endorsement as finality". He also claimed that he must be careful not to overprotect Raila lest he endanger the peace and unity of the nation. 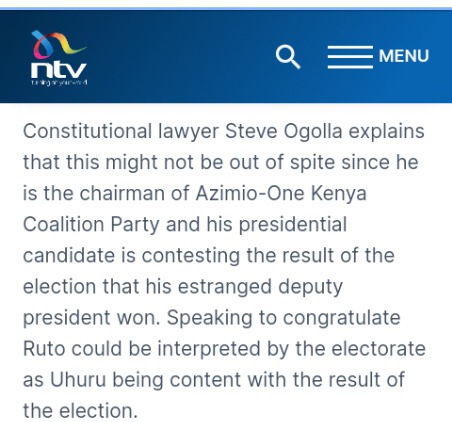 Raila's challenge to the election results won't be harmed, Mr. Agolla noted, even if Uhuru talks as Kenya's president rather than Azimio's chairman.

Chemistry Teacher fired for making subject 'too hard' for students