Another Popular Politician is Dead, Leaving Murang'a Residents in Mourning

By Description (self media writer) | 9 months ago 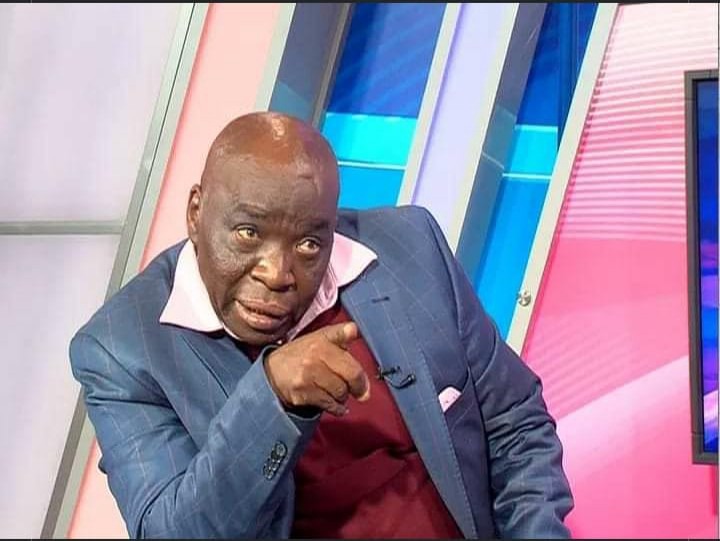 The popular Inooro TV Political Analyst know by the name PMG Nguguna Wa Ruth has died. This has thrown the people of Kandara Constituency in Murang'a into tears. PMG died on Sunday, April 11th 2021, at afternoon hours.

PMG was known to be a very energetic man. He was visionary and had many powerful ideas that could help propell the country forward politically as well as economically.

PMG Njuguna Wa Ruth used to shared his views in an unbiased manner. When giving a comparison of two political parties, he didn't show any fovor on any side. 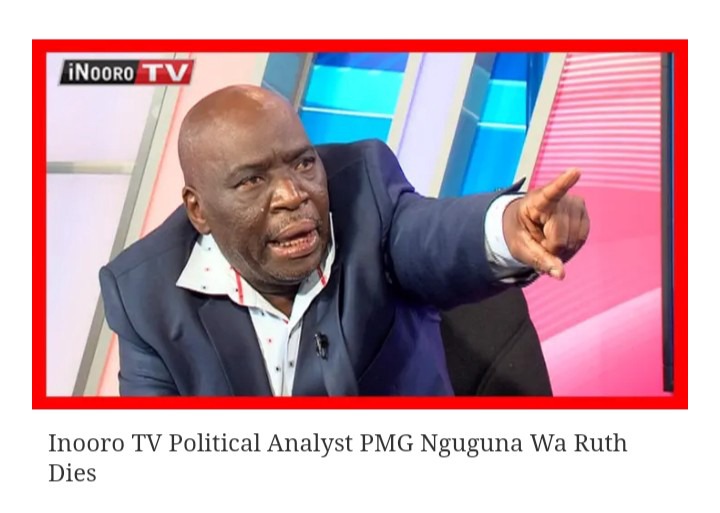 PMG was in Parliamentary ballots for Kandara Constituency in the year 2012 as well as in 2017. He contested using a Jubilee Ticket for both of these two years. He however lost to the MP Hon Alice Wahome.

The late PMG has left a legacy in Kandara Constituency. He was among the pioneers of Kenol Town during the Moi regime. He also came up with many other projects and initiated so many social programs for the benefit of Kandara Constituency as well as Murang'a County.

PMG Njuguna Wa Ruth was generally a pioneer in social, political as well as economic development not only for Kandara Constituency and Murang'a County but also for the whole Country. He was also a major pillar for the Building Bridges Initiative. He campaigned a lot with an aim of convincing Wanjiku about the many benefits carried in the BBI constitutional amendment Bill.

PMG has also left his host, Kamau Wa Kang'ethe of Inooro TV in deep mourning. They both were close when it came to discussing matters politics. 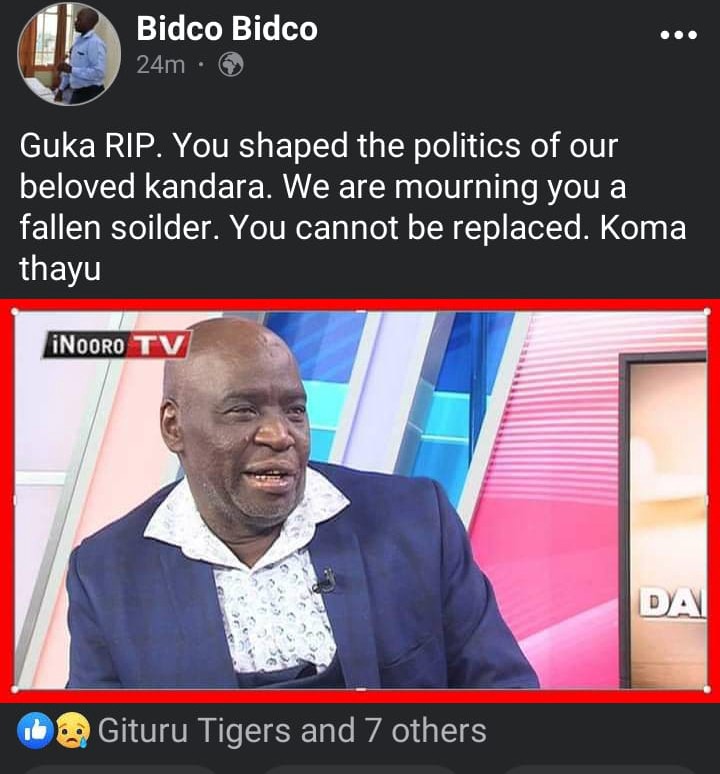