By KenyaNews.Co.Ke (self media writer) | 4 months ago 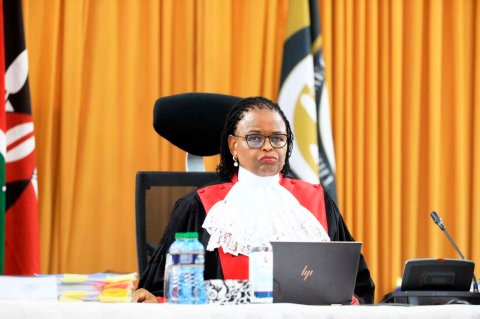 Independent Electoral and Boundaries Commission (IEBC) has responded to a set of questions they had put to task by the Supreme Court. IEBC's lawyers Mahat Somane and George Murugu responded to questions on why Chebukati failed to announce results from 27 constituencies, Okiya Omutata's voter turn-out, and the impact of the three Venezuelans, among others.

On Okiya's concerns about voter turn-out, IEBC has stated that the KIEMS Kits keep sending automated returns. "That is how the number changes. The polling will close but some Kits will still be sending how many people went through it." He says. In an explanation for this, Mahat stated that the delays in returning the information are based on the failure of the KIEMS kit to get the network. 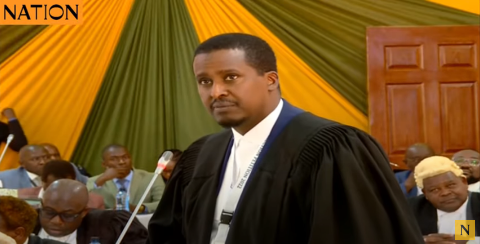 In his remarks on this, Mahat alleged that Azimio is fascinated by the turn-out percentage but IEBC doesn't use the turnout to announce results.

A question by Justice Smokin Wanjala on the Venezuelans, and whether they had a role in maintaining the system; Mahat disclosed that the three foreigners did not have any access to the Results Transmission System (RTS), "and we can prove it," he stated. 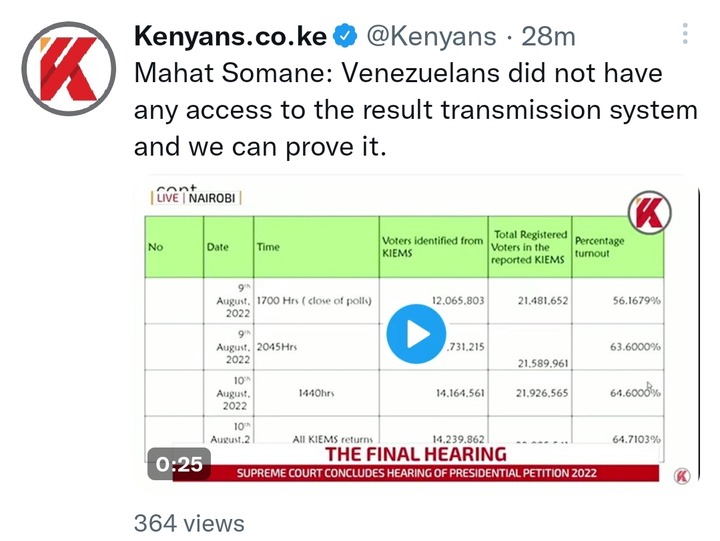 On why Chebukati failed to announce results from 27 constituencies; lawyer Murugu informed the court that the results from the 27 constituencies had been tallied and had undergone the verification process and were ready for the announcement by commissioner Abdi Guliye. However, Murugu reiterated that the Commissioners were suffering arrests and abductions during the tallying, especially at the last minute.

Watch some of the responses here;

Fluctuations in Voter turn-out as announced by Chebukati

Announcement of Results by Chebukati