By Madexposa.com (self media writer) | 14 days ago 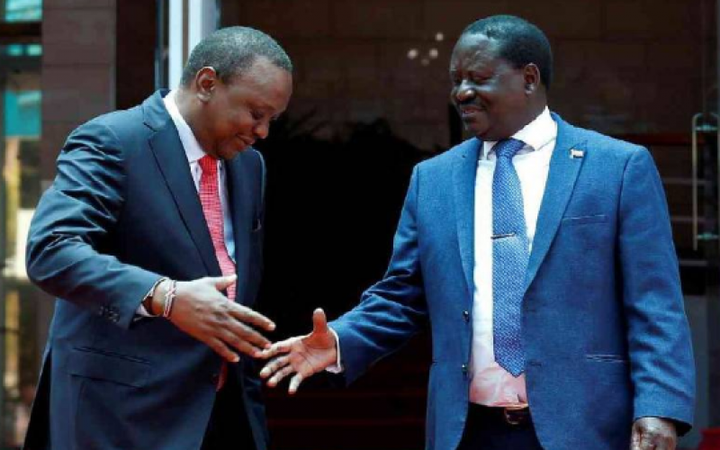 Orange Democratic Movement Party Leader and famous Building Bridges Initiative Instigator RT Raila Odinga left Kenyans in a heated debate on Tuesday 12th of October after he shared how working with President Uhuru Kenyatta wasn't a walk in the park.

According to the Former Prime Minister, before coming to a final decision of working together, it took some time for both of him and the President to find an amicable solution.

"Uhuru and I had long discussions, first it was very difficult; he accused me of calling him a drunkard, I accused him of calling me "kimundu muguruki"... First meeting took 13hrs, second one took 6 hrs then we agreed to resolve the issues" reportedly said RT Raila Odinga. 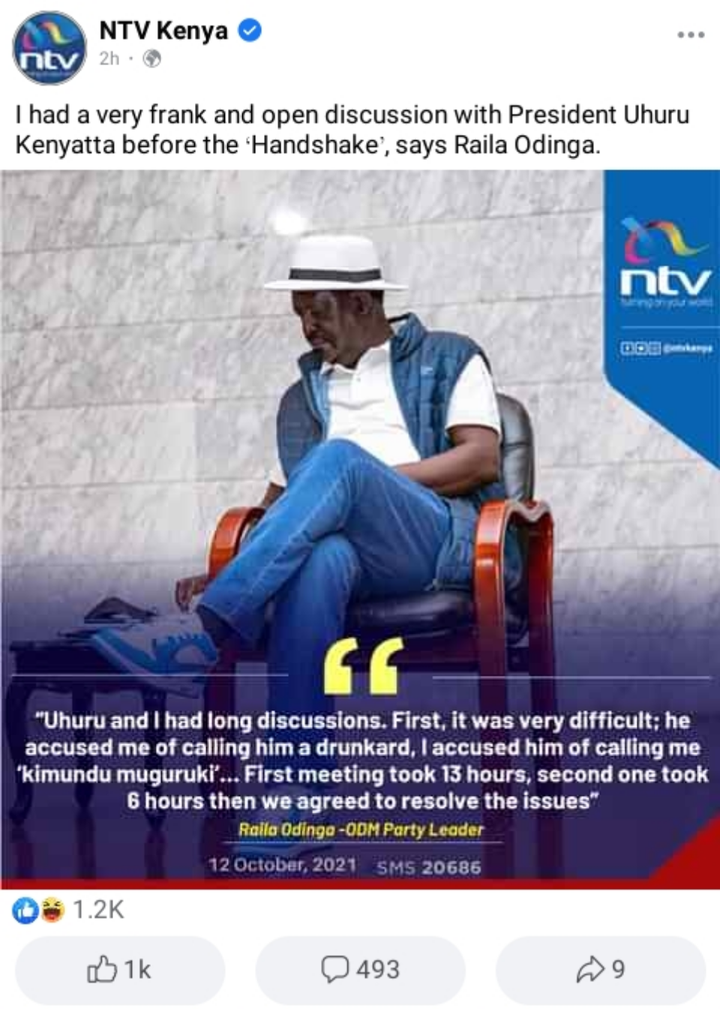 Raila Odinga's divulgement illicited reactions of different kinds from Kenyans having a number of Kenyans using his divulgement in attacking him while others shared different opinions over the matter. Below are few of the comments;

@Jb Kapilo~ "We know Politics is a dirty game, your enemy is your friend at some point". 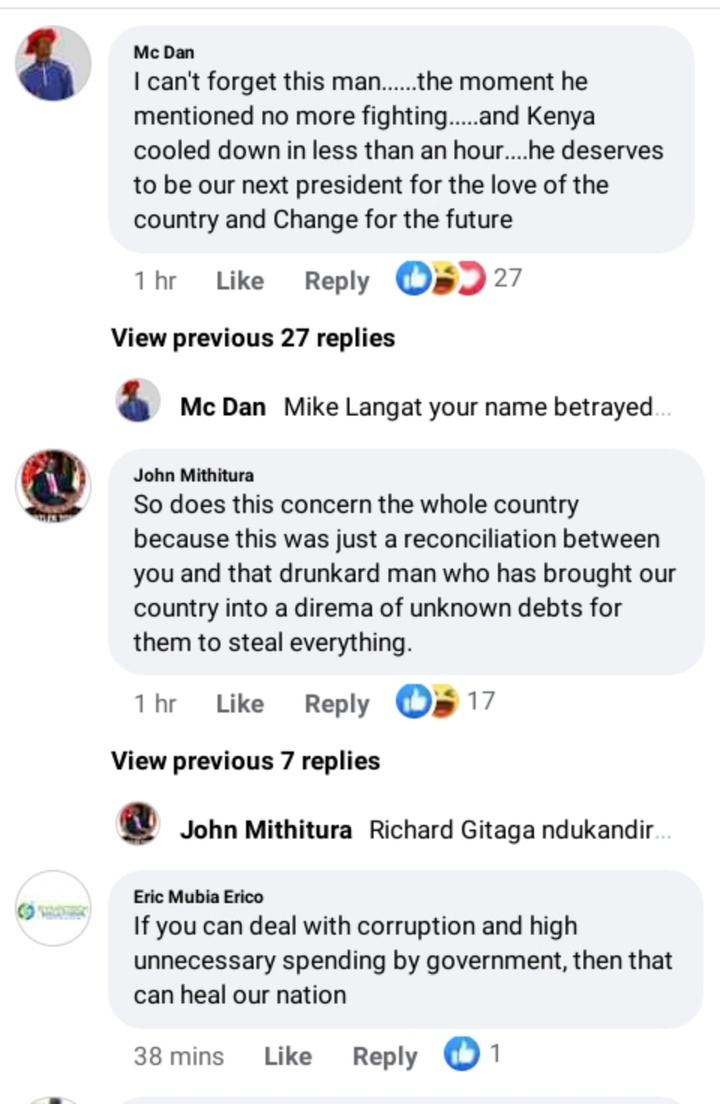 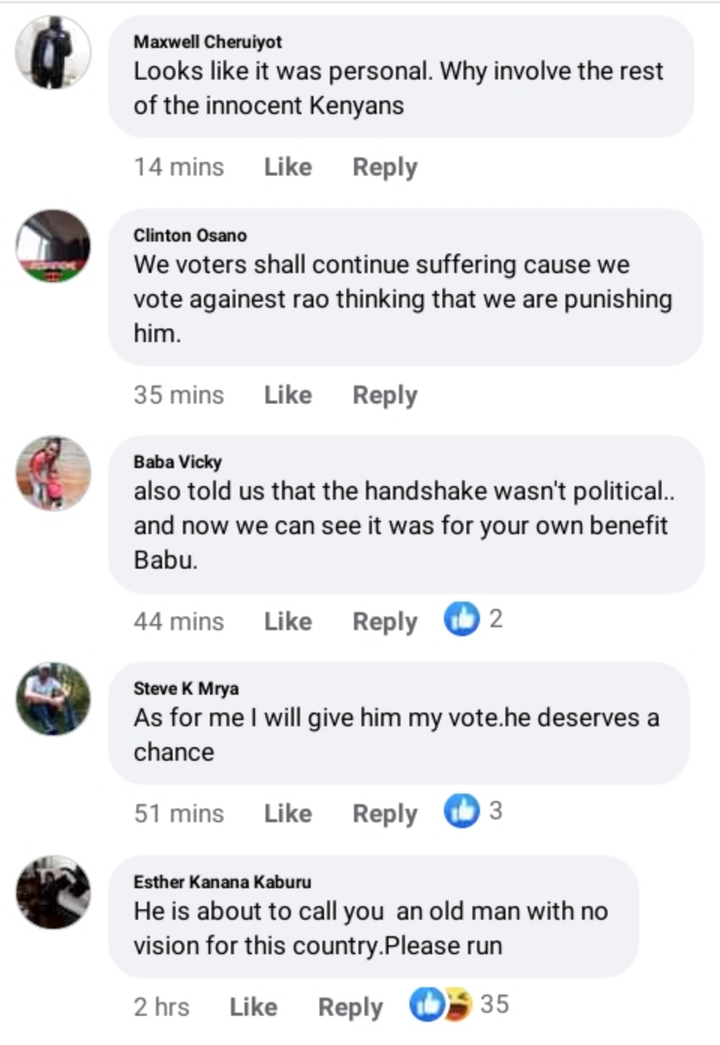 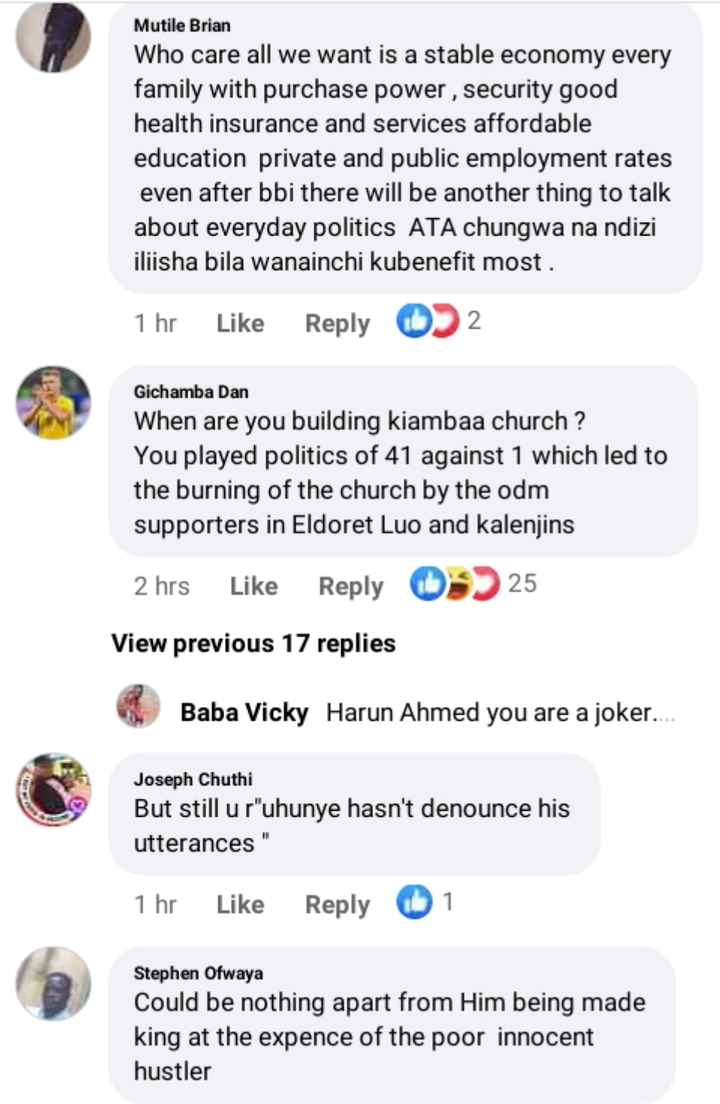 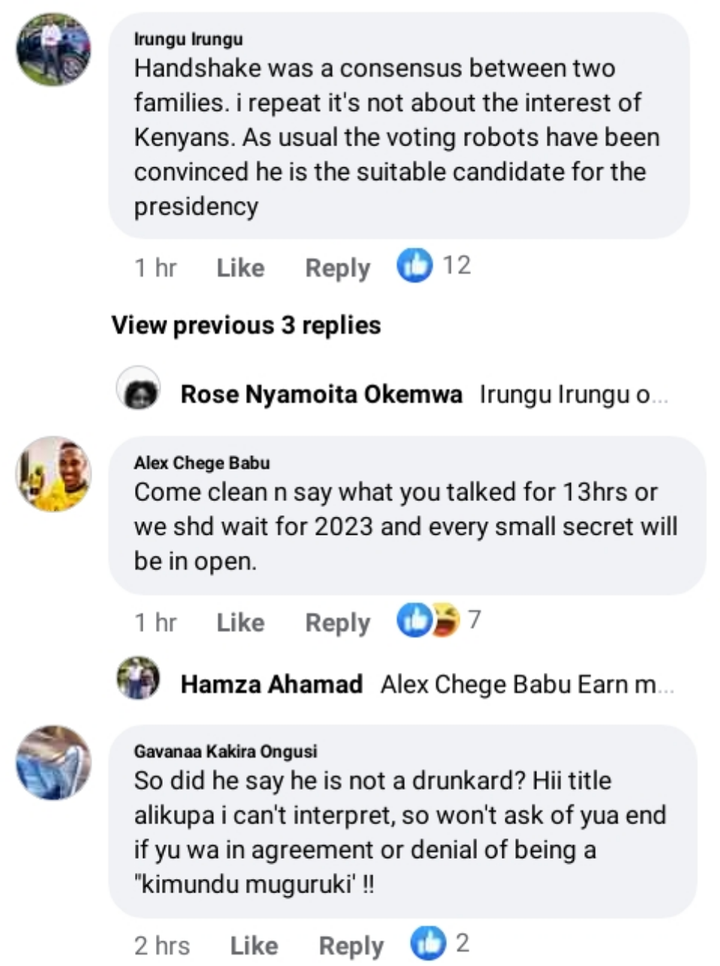 What is your opinion over this matter taking into consideration RT Raila Odinga has been accused by Dp Ruto allies for bring the cause of the downfall of Jubilee Party.