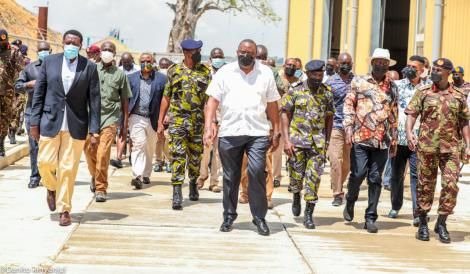 According to a statement delivered by ANC leader Musalia Mudavadi, Uhuru unlawfully leased the ports of Mombasa, Lamu, and Kisumu.

Mudavadi said in his speech that the agreement was struck during a meeting disguised as Prime Minister Raila Odinga's birthday celebration in Mombasa.

"Under the pretence of an Economic Cooperation Agreement with the United Arab Emirates, Uhuru has agreed to a take that would see a foreign privately registered business - Dubai Port World FZE - take over these important national infrastructure assets," Mudavadi said. 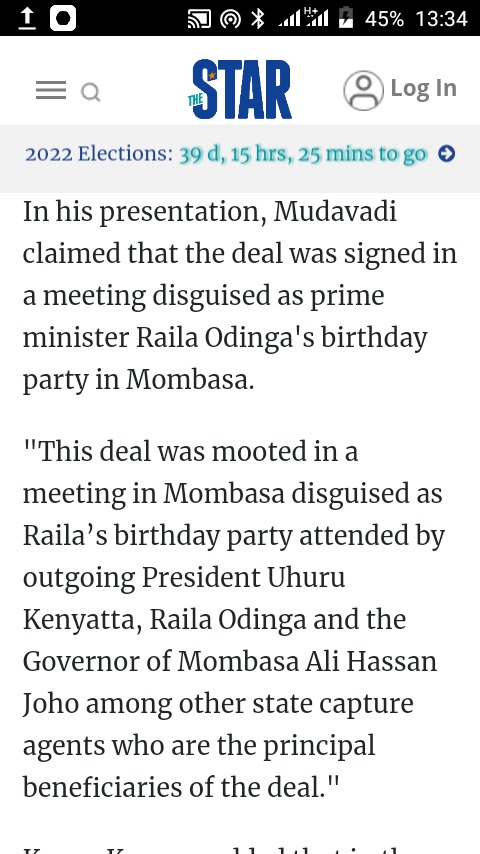 "This contract was proposed during a meeting in Mombasa disguised as Raila's birthday celebration, which was attended by departing President Uhuru Kenyatta, Raila Odinga, and Mombasa Governor Ali Hassan Joho, among other state capture agents who are the main beneficiaries of the arrangement."

Dubai Port World FZE will be in charge of the creation and management of cold chains and logistics parks at both Kisumu and Naivasha ports, according to their announcement.

They said that Treasury CS Ukur Yatani signed the agreement to take up the ports on March 1, 2022. 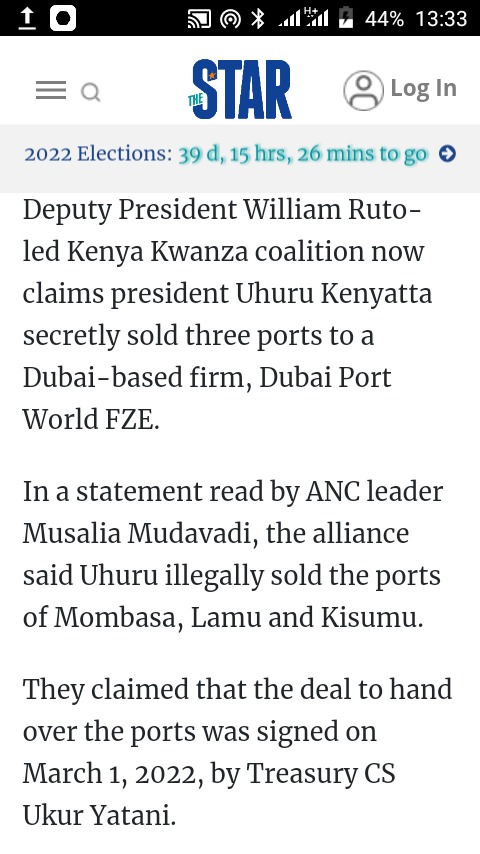 They further sought to know the procedure used to award the deal, which they described as "the worst corruption scam" the country had ever seen.

"Kenyans want to know the terms of the contract and whether it complies with protocols for project planning, evaluation, cost estimates, post certification, bidding, negotiations, post-tender authorization, surveillance, and assessment as allowed for under the PPPA," the statement stated.

They also asked to know why there was no public participation, a breach of Article 227 of the Constitution and the Public Procurement and Asset Disposal Act, 2015, and Parliament's non-involvement.