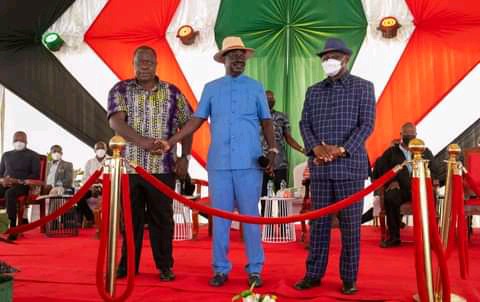 The former prime minister, Raila Odinga, spent his Friday in Nyamira county where he was joined by three cabinet secretaries for a fundraiser. Among those present was CS Fred Matiang'i, CS Eugene Wamalwa and CS Mutahi Kagwe. Kisii governor James Ongwae was also present.

Raila Odinga called for unity of Nyanza region ahead of the 2022 polls. He also drummed support for his presidential bid where he maintained that he will fulfill the Ksh 6,000 promise for poor families once he assumes the high office.

However, South Mugirango member of parliament has come out to fault Raila on his call for Nyanza unity. Silvanus Osoro have said that the true unity of the region should have been demonstrated in 2002, when Simeon Nyachae was running for the presidency.

Osoro has recounted how Raila abandoned the Gusii son from Nyanza, and instead endorsed Mwai Kibaki who hails from Central Kenya. The MP has said that this was one big mistake that Raila committed which still lives fresh in the minds of Kisii residents.

The lawmaker noted that this betrayal by Raila will cost him the Kisii votes in 2022. Silvanus Osoro is a Ruto ally. 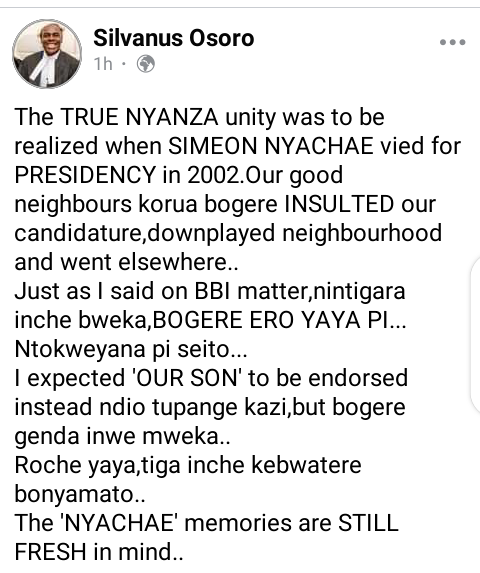