By SHUNN_WAMBUI (self media writer) | 3 months ago 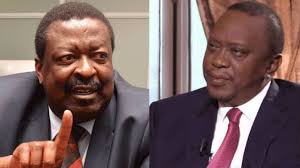 Musalia Mudavadi, leader of the Amani National Congress (ANC), has called on President Uhuru Kenyatta to arrest and prosecute Deputy President William Ruta if he believes Ruta is corrupt.

On Friday, January 28, the ANC leader told the crowd in Malaya, Kakamega district, that Uhuru had all the government agencies at his own discretion and would have to take action against Rut if the evidence showed that he was embezzling funds.

Mudavadi asked why the president had waited until his last days in office to accuse Ruta of graft.

"These people, if Ruto is a thief and you have all the powers as detectives to investigate, why don't you take him to court this time? It's almost ten years ago, "Musalia said.

"You are waiting for only 180 days in the office to tell us he is a thief." We want the Kenyans to know that they only have to worry if they have done something wrong, "he added. is Mudavadi.

The ANC leader also said he did not regret inviting Ruta to his National Delegates Conference (NDC) party on January 23. 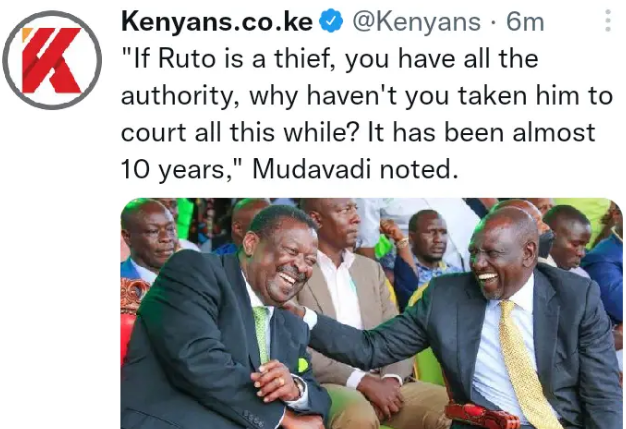 Content created and supplied by: SHUNN_WAMBUI (via Opera News )