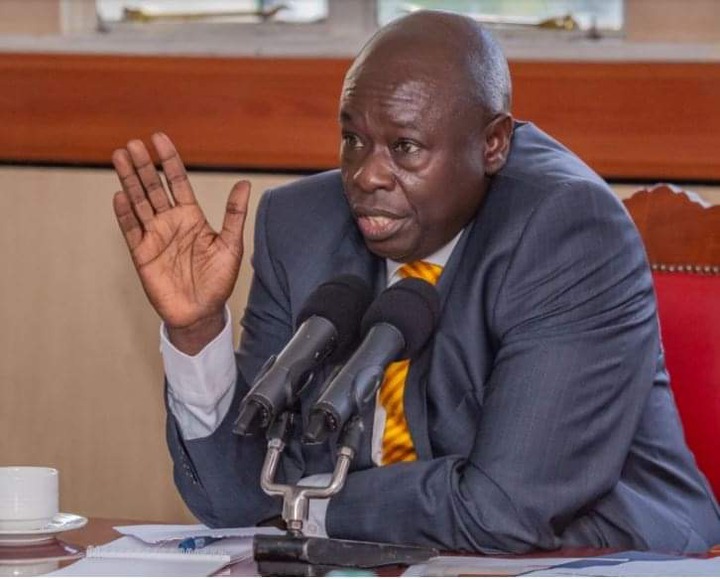 Deputy President Rigathi Gachagua has taken to the limelight to clear the air on the alleged secret fallout between him and President William Ruto after different speculations went viral.

In his dismissal, the second in command noted that, they are in good relationship with President Ruto. He asked the public not to pay attention to the allegations being raised by the opposition and their Polical critics.

Gachagua, hinted out that President Ruto and him are focused on service delivery to Kenyans who elected them to office adding that any other information is dead on arrival and the public should not welcome it at all costs. 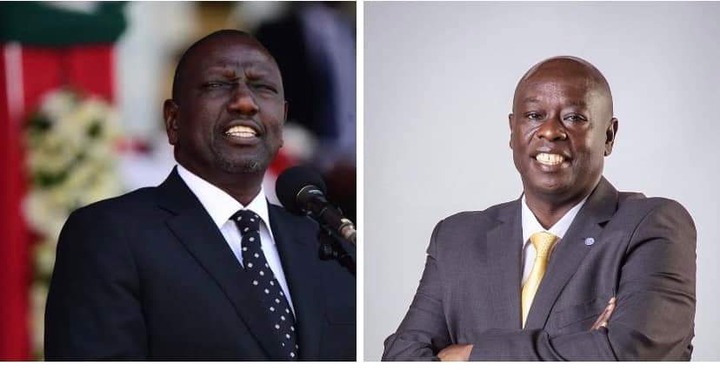 Gachagua claimed that there are political sides that are after spreading the rogue allegations about him and Ruto's Government. He added that, that what is being said about the campaigns. He heaped praises on President Ruto's Government for for allegedly being solid in the face of adversities.

"Fir the avoidance of doubt, the Ruto administration is solid, is focused on service delivery and will not be distracted by propaganda or innuendo that do not have meaning," said the head of state.

However, Kenyans didn't stomach the sentiments that were said earlier, asking the DP to keep off and allow them see for themselves if in deed that was nothing wrong or growing apart. 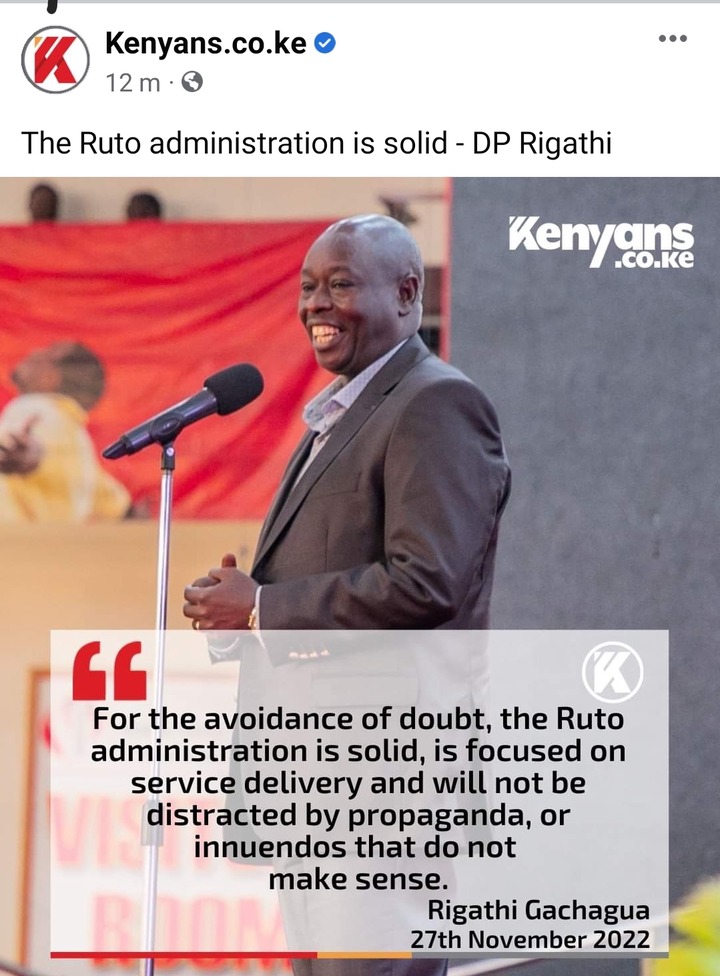 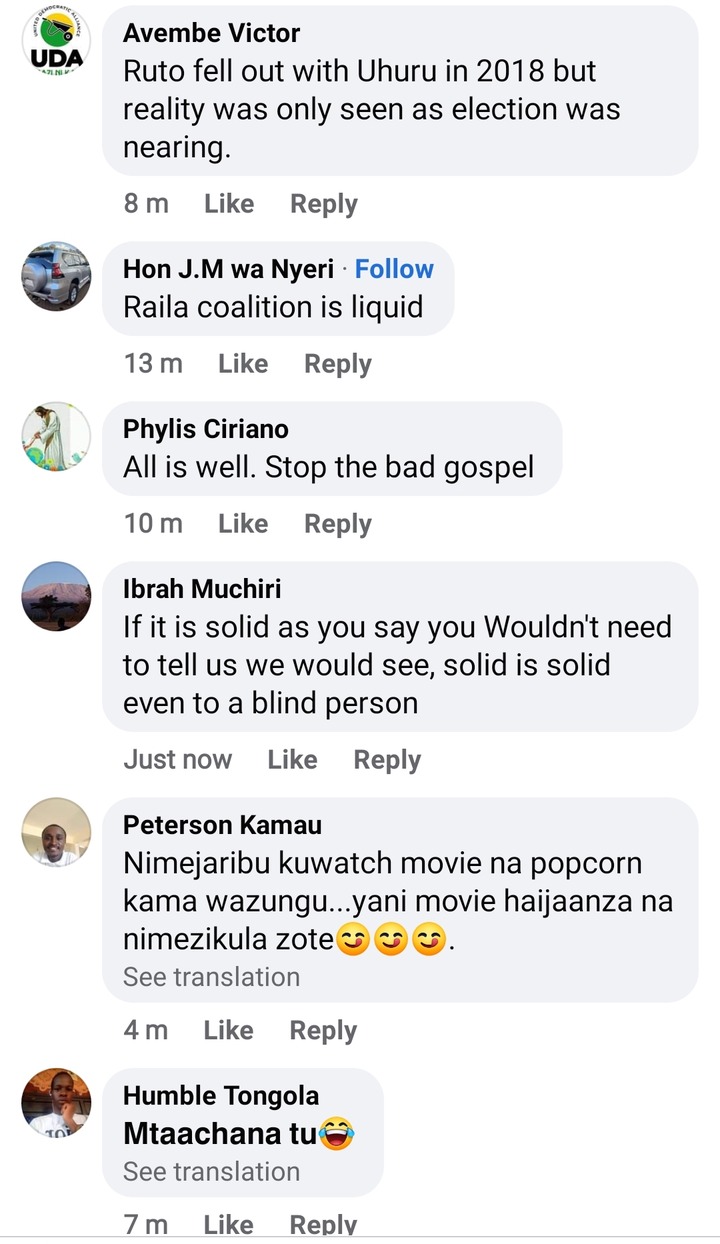 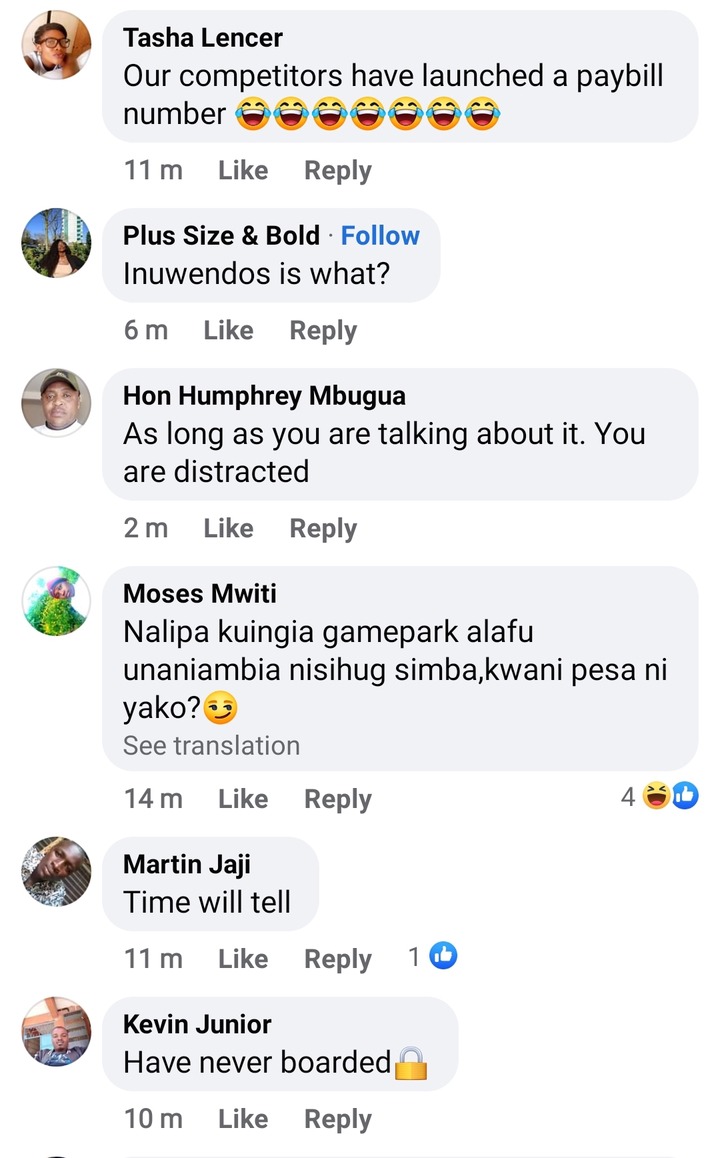 Other Kenyans took to the public to claim that President Uhuru Kenyatta fell out with Ruto in 2018 yet no knee knew, adding that, such results were revealed during the last days of elections.

Gachagua, has been allegedly linked to be regrouping the Mount Kenya region allies, with speculations claiming that President Ruto had ignored the Central region.

The pressure increased when the Kenya Kwanza government, especially the UDA failed to support their candidates nominees for the EALA membership. It was reported that, Ruto was not happy afte realising that.