By ClassicNews_Ke (self media writer) | 1 month ago 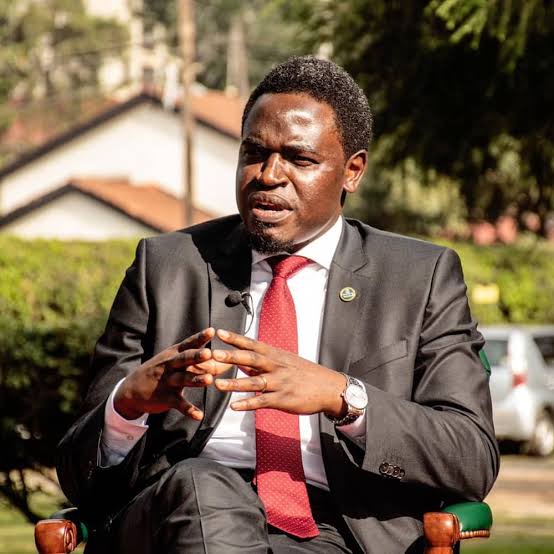 As Azimio la Umoja one Kenya Alliance set to officially Unveil their running mate, details have emanated about Narc Kenya party boss Martha Karua as she is expected to be named as Raila Odinga's deputy as details allege.

However, Former President of Law society of Kenya,LSK Nelson Havi has allegedly revealed details how Martha Karua Defended Raila Odinga during Late President Daniel Arap Moi's Era. Nelson Havi has said that Most of the people do not know the story as he has revealed.

According to Nelson Havi, Martha Karua Defended Raila Odinga in many trumped charges that were brought against him in 1980s and 1990s during the leadership of Late President Daniel Arap Moi. 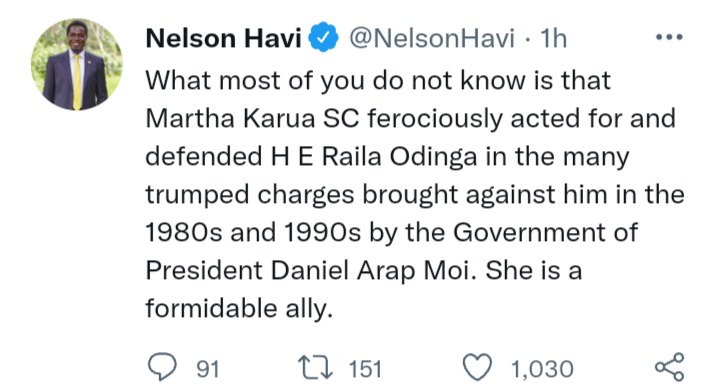 "What most of you do not know is that Martha Karua SC ferociously acted for and defended H E Raila Odinga in the many trumped charges brought against him in the 1980s and 1990s by the Government of President Daniel Arap Moi. She is a formidable ally," Nelson Havi stated

Content created and supplied by: ClassicNews_Ke (via Opera News )

I Did not Finish my Degree at UoN, But I am Planning to go Back and Complete it: Says Sakaja