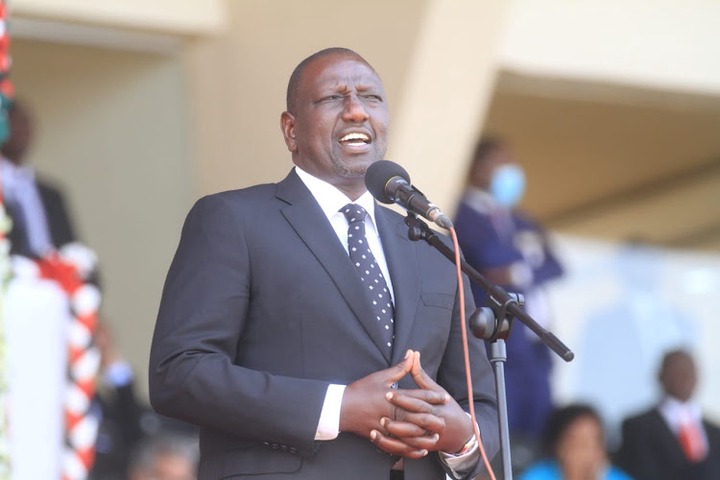 Deputy President William Ruto has once again ruled out chances of being rigged out in the August general election, where he is vying for the presidential seat.

This comes amid fears from some of his allies, led by ANC leader Musalia Mudavadi, that the government might rig him out using the ministry of ICT.

But Ruto on Friday assured his supporters that nothing of the sort will happen, saying that he is too smart to have his victory stolen from him.

Ruto also rubbished the narrative that the System will help his opponents beat him, terming this a mirage they are hiding behind after running out of ideas.

Ruto said that he is on the lookout to ensure that his win is not taken away, vowing to ensure that nothing mischievous happens with the aim of cheating him. 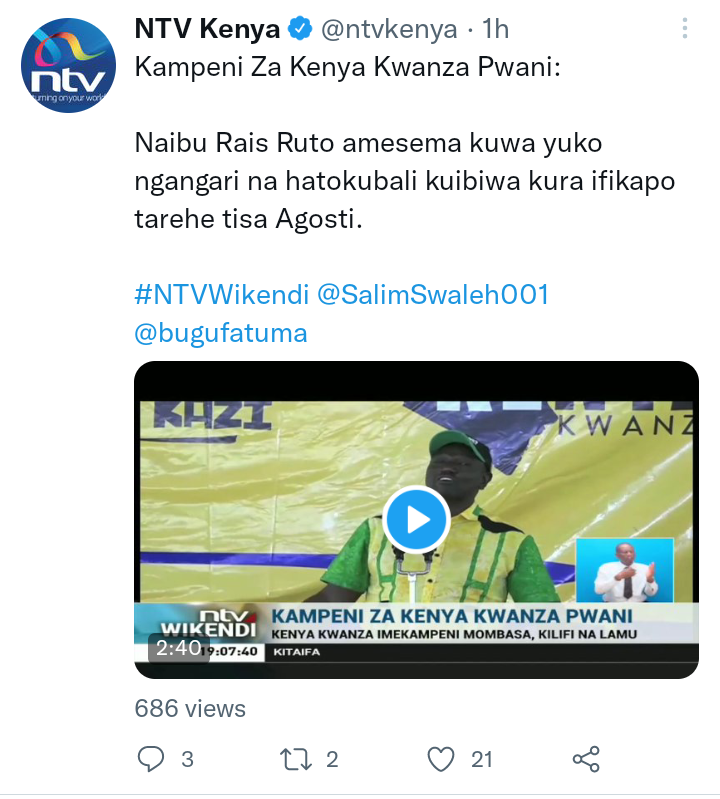 "Am hearing them say that there is something called the system which they will use to win the election. But do I look like someone who can have his election stolen?" the DP, a first term presidential aspirant, asked his supporters while speaking in Kilifi County.

This comes only a few days after Mudavadi accused ICT Cabinet Secretary Joe Mucheru of leading the alleged rigging plans, which he claimed are to be done through the Communication Authority of Kenya.

“The IEBC is responsible for managing a free and fair election. However, we have started seeing signs that the CA is trying to manipulate the Commission's boss Wafula Chebukati," he said in Nakuru on Sunday.

Ruto was accompanied by a section of his allies, among them Kilifi governor Amason Kingi, who warned the Coastal region against voting for ODM leader Raila Odinga, whom he termed unfit to lead.

Garissa Township MP Aden Duale mocked Raila for mentioning some of the people who will hold cabinet positions in his government, wondering how he can name ministers yet he has not been sworn in.

Sonko Mourns Death Of Girl Who Lost Both Hands In Accident

Moses Kuria Welcomes Raila Odinga To His Home Constituency, Passes A Warning To His Two Allies