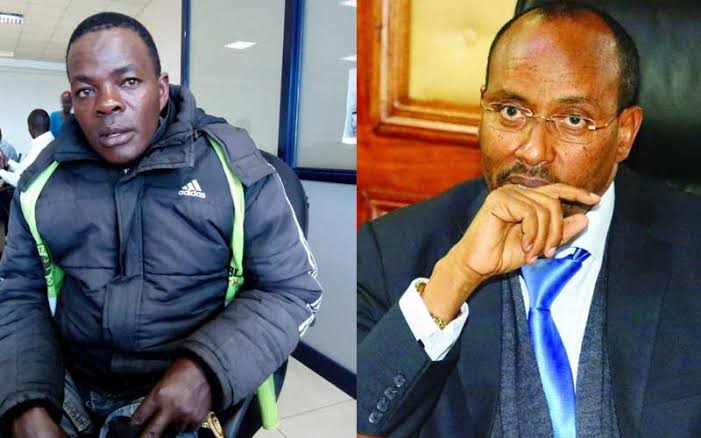 A collage photo of Billow Kerrow and Monica's husband.

Former Senator Billow Kerrow has given out Ksh 300,000 to the family of Monica, a Househelp who died while working at his Nairobi residence.

According to details by renown activist Boniface Mwangi, the former Member of Parliament did not honour the full compensation awarded to the family by the Court of Law.

He has noted that it has taken activists to Shane the former MP and that is what made him release the Ksh 300,000 through an equity Bank cheque. 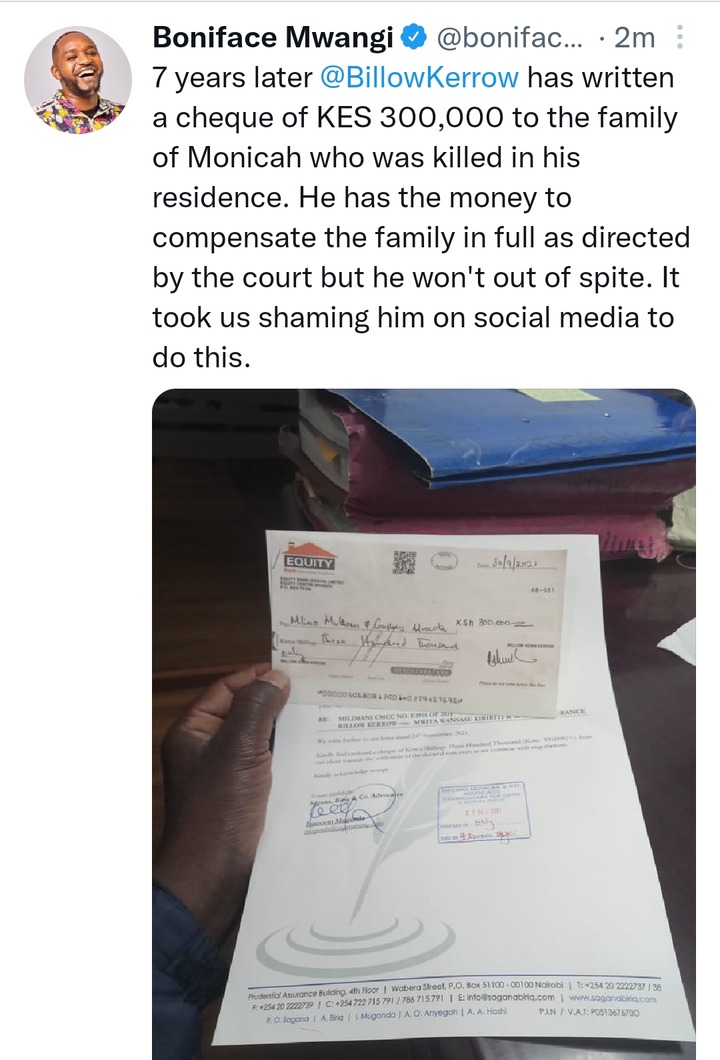 "7 years later @BillowKerrow has written a cheque of KES 300,000 to the family of Monicah who was killed in his residence. He has the money to compensate the family in full as directed by the court but he won't out of spite. It took us shaming him on social media to do this."https://t.co/4kZXVt2Tlz

“The last time I spoke to mheshimiwa was just after the funeral, when he called me to work out my wife’s benefits to cater for the children’s education.Two of my children were in Form One and two in primary school.

What You Will Need To Attend Mashujaa Day In Kirinyaga County: PS Karanja Kibicho Outlines

Woman, 39, Committed Suicide By Hanging Inside The Bathroom After Finding Sponsor With Another Lady