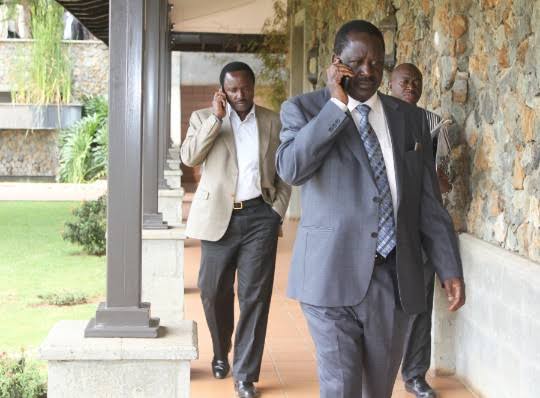 A top Member of Parliament allied to Orange Democratic Movement ODM party leader Raila Amollo Odinga is up in arms against a Member of County Assembly of Nairobi.

This is after the MCA who is seeking to unseat him emerged strong ahead of the much awaited presidential elections of the year 2022.

According to details, he has now been forced to seek for Raila Odinga's help in order for him to see if he will have him boost his chances of retaining the position after the upcoming general elections. 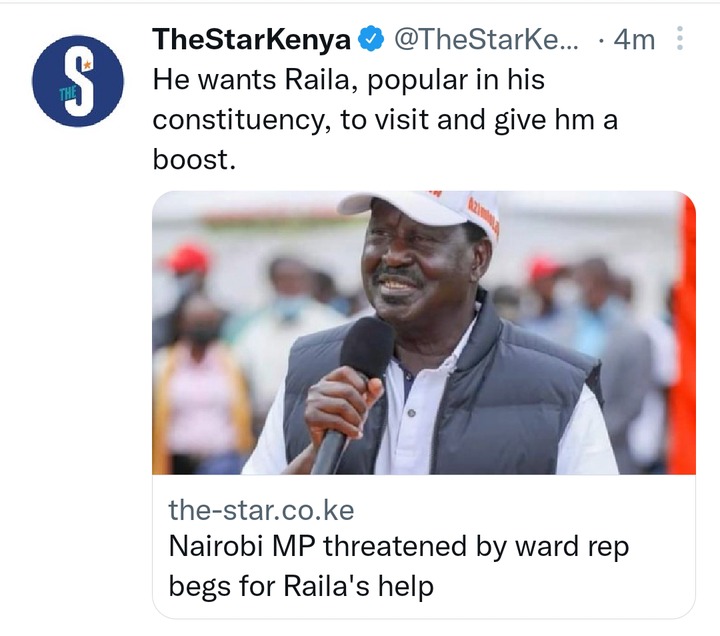 The Star newspaper reports that he has been forced to use close allies of the former Prime Minister to try and organise a rally in his constituency in the near future.

"The man faces strong opposition from a first-term MCA, who is seeking to unseat him and wants Raila to visit the area to help him contain the ward rep and his supporters."the Star newspaper reports.

He is also said to have visited Raila Odinga's Karen residence in Nairobi to try and talk to him about the possibility of having him visit his constituency soonest possible in order to keep the MCA in control.

The MCA is giving him a run for his money but reportedly lacks connection to Raila, who enjoys a massive following in the constituency. The area is an ODM-controlled zone and whoever wins the party ticket is deemed the MP-elect.

What Did You Give These People? Mudavadi Expresses Amazement Following DP Ruto's Huge Support