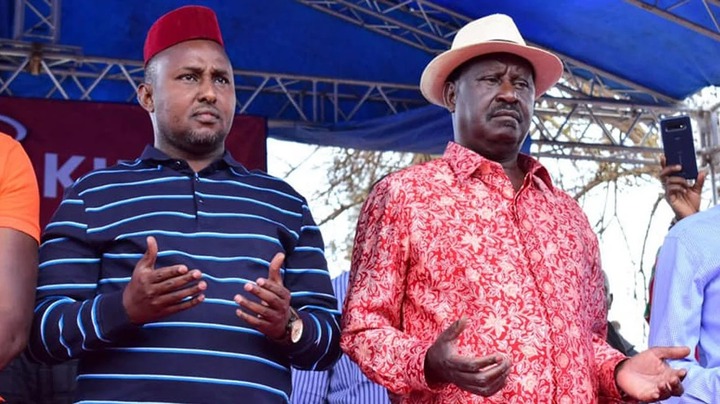 On Friday, while attending a fundraising exercise in Nyamira County, Suna East MP Junet Mohamed jokingly said that a win for Raila Odinga in the coming general elections will mean that power will be centered in Nyanza Region, and that residents from Mount Kenya Region will be treated as visitors.

The Minority Whip in the National Assembly was 'hitting' on Health CS Mutahi Kagwe before stating that he and the region had served more than 20 years in the government and it was time for the Nyanza Region to taste power.

Junet's comment has attracted thousands of criticism with leaders from Mt Kenya Region led by those allied to Deputy President William Ruto stating that such a comment will not be taken lightly owning to the high number of votes the region has.

Speaking from Nyeri on Saturday, Mathira MP Rigathi Gachagua hit on Junet saying that, that statement has denied them the region's support as they will not get any votes.

"Raila and his team have rubbed Mt Kenya the wrong way. Junet who is Raila's de facto spokesperson said that Mt Kenya will be treated as outsiders in Raila's government, we don't take it well. It will not be possible to get votes from here with such remarks. We have heard it right and we know when Junet is speaking, it's Raila who will have spoken," said Gachagua.

He went on to state that Ruto stands as the best person to lead the country admitting that the Second in Command is leading in popularity across Mount Kenya Region.