State house Kenya through twitter informed the public that President Suluhu was in Kenya, and is scheduled to adress a joint sitting of the country's Bicameral Parliament. 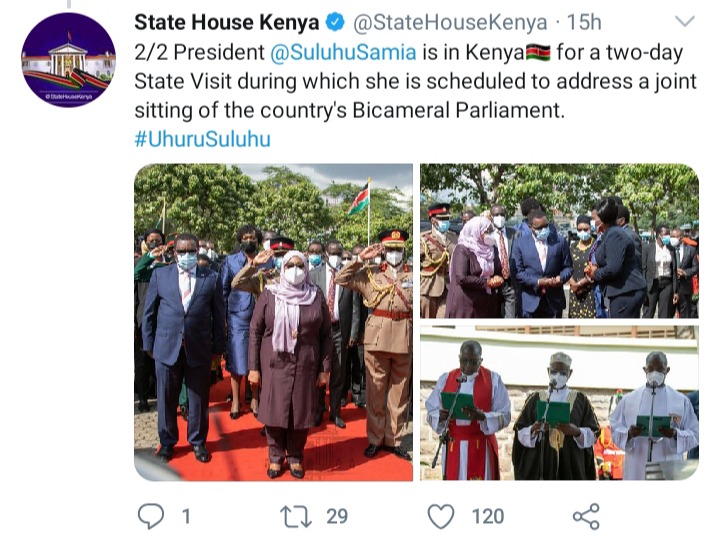 She was then welcomed by President Uhuru Kenyatta and the first lady Mama Margaret Kenyatta. President Kenyatta later held a private meeting with his visitors, ahead of the bilateral meeting with their respective delegations. Kenya and Tanzania also agreed to eliminate barriers hindering the smooth flow of trade and people between the two East African nations. 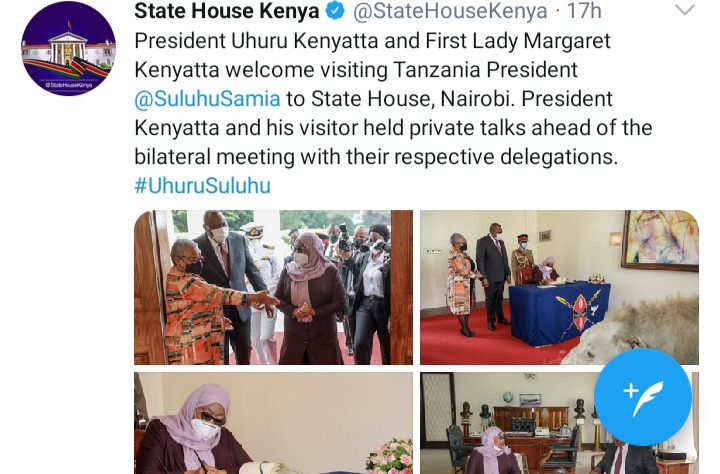 Before meeting President Uhuru Kenyatta, President Samia Suluhu had already changed her earlier outfit to another one. In the evening, President Suluhu was joined by a cross-section of Kenyan muslim women for iftar at state house, Nairobi ahead of a state Banquet hosted in her honour by President Uhuru and First Lady Margaret Kenyatta. President Samia had also changed her outfit to the third one since her arrival in Kenya. 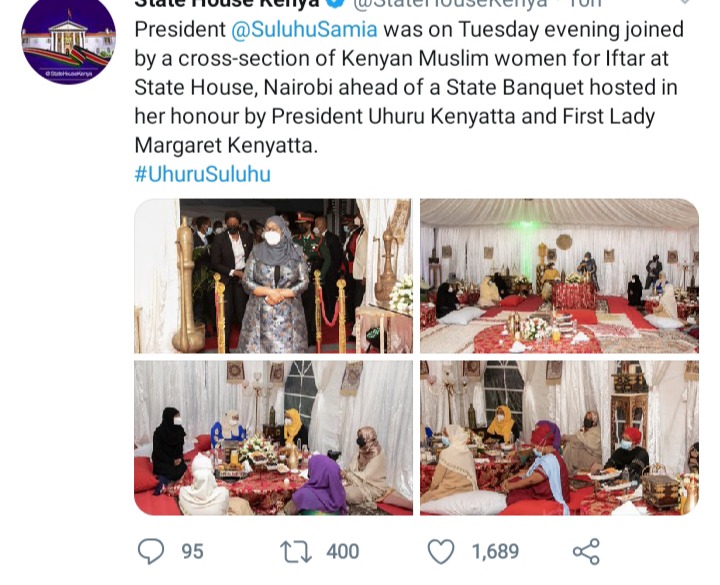 A Tanzanian blogger by the name Jay Maudaku took to his instagram account and posted a photo of President Samia and First Lady Uhuru Kenyatta. In the picture, Jay informed Tanzanians that the President had met the First Lady Margaret before her Banquet at the state house. 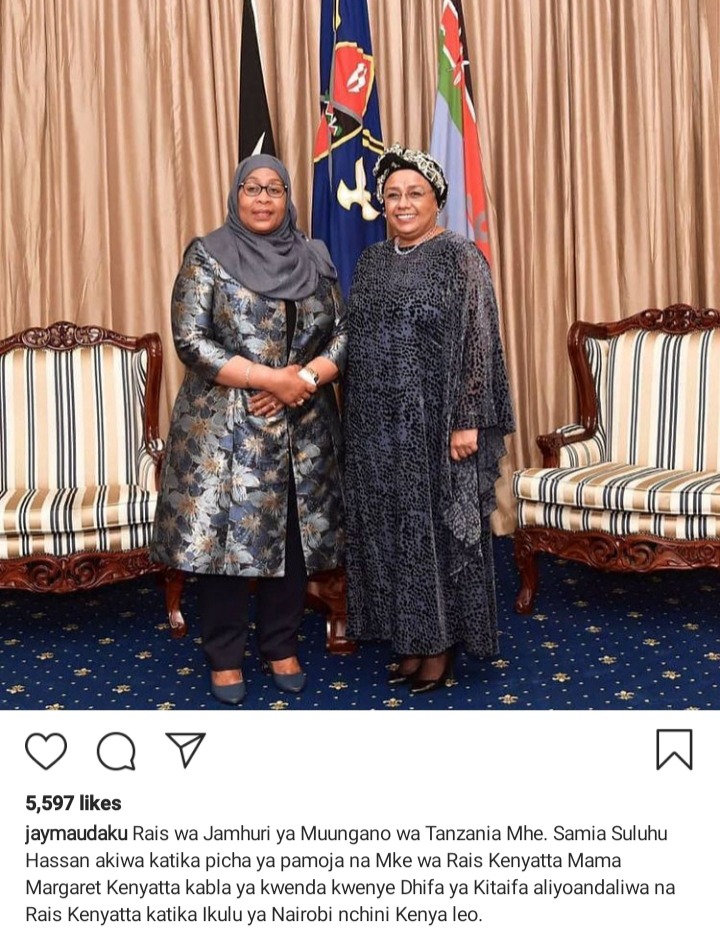 Tanzanians could not help but praise their President. Below are their reactions and more beautiful photos of President Suluhu. 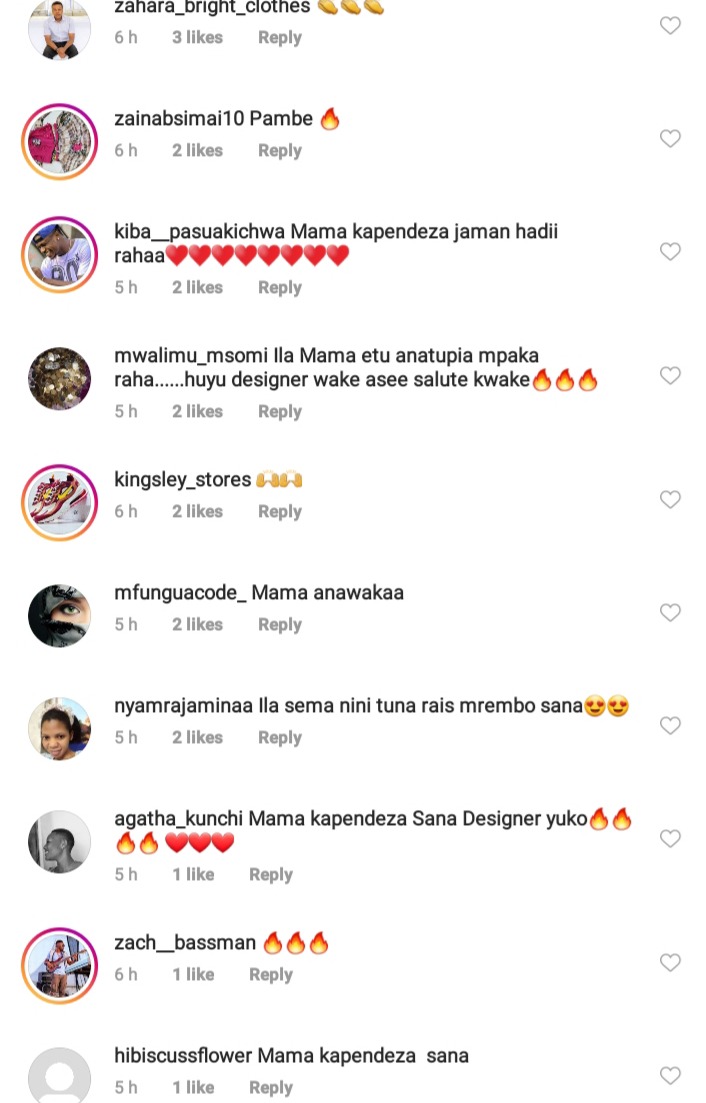 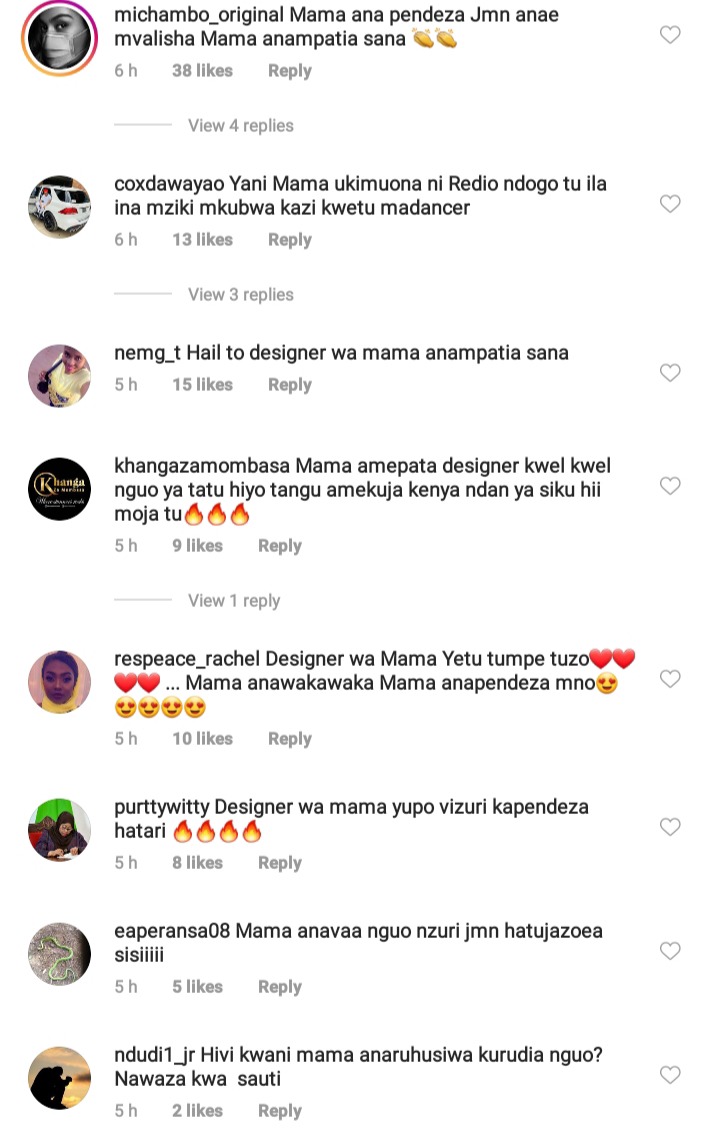 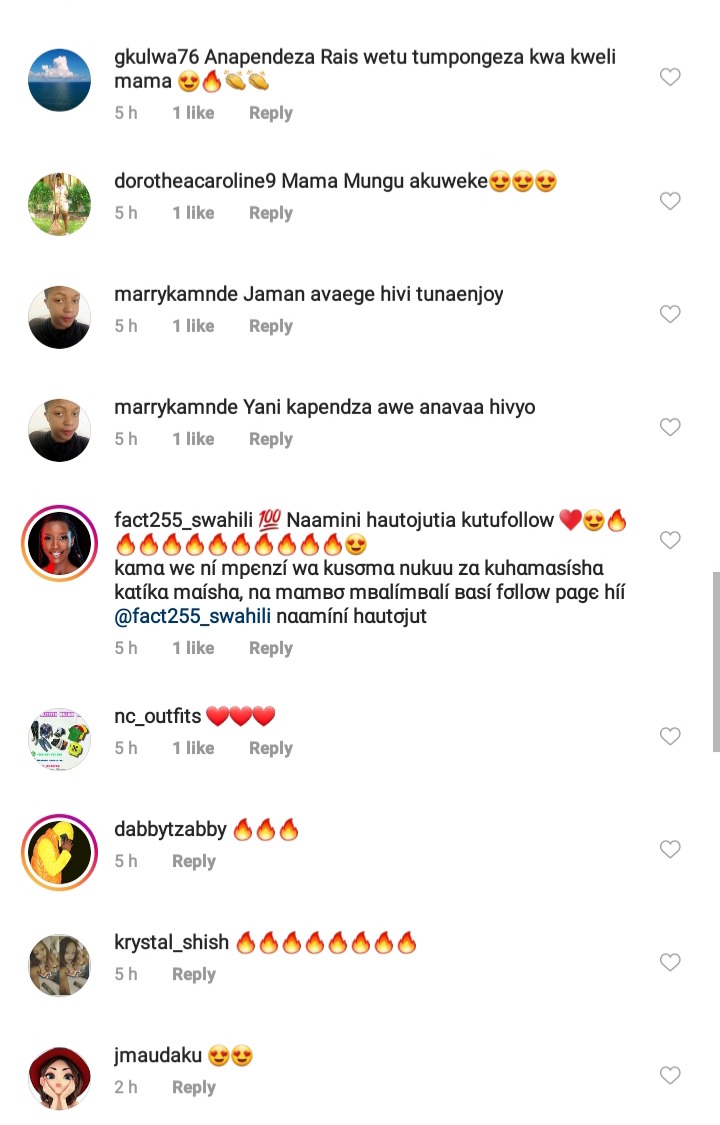 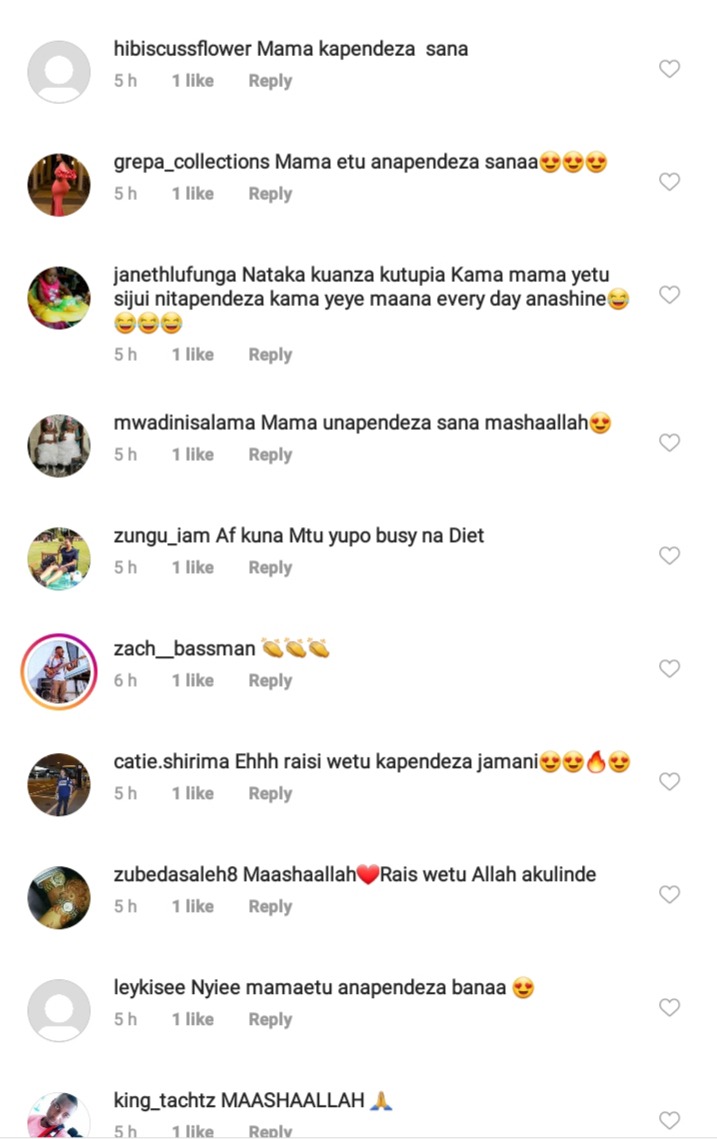