By 5starFutbol (self media writer) | 22 days ago

The former prime minister Raila odinga conducted an interview with various kalenjin speaking radio stations in his karen home, Nairobi county. The chief opposition leader took time to discuss about the politics of this country with the kalenjin speaking dialect as he was expected to give various reactions following different questions that faced him. 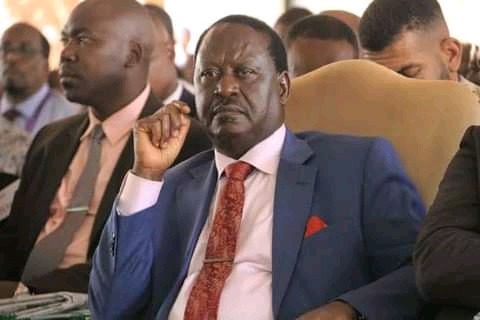 The former prime minister was responding to the question of a relationship and competition with the deputy President William ruto. He gave a reason on why the second-in-command has been so strong politically saying that, "Ruto has been running alone in the race since 2017. Whom was he expecting to beat? when more candidates come he will certainly feel the weight". Raila said in the interview. 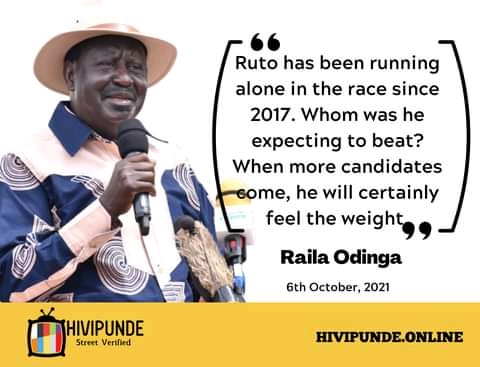 The former prime minister said the words to note that the deputy president has developed politically and that's why he feels that he is the most competitive candidate in that he has been not exposed to so much competition and that's why he is political difficult to beat.