After Uhuru's push for OKA principals to support Raila Odinga, new details have emerged resulting from the same issue.

Uhuru Kenyatta had earlier urged the OKA Chiefs to support Raila Odinga if they need to survive politically in the coming general elections but some of them were seen to deny the request.

Kalonzo Musyoka, for example, denied the request claiming he will never support Raila Odinga once more after 2 failed Coalition attempts.

But today some new details have emerged on why the OKA chiefs should do in order to survive politically ahead of 2022 after uhuru's exit of power. 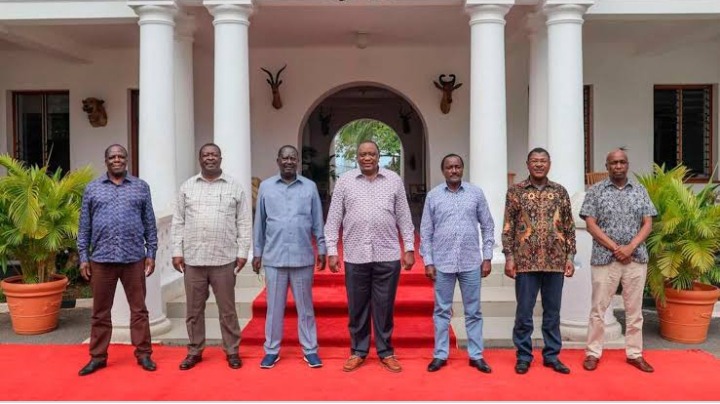 Famous political analyst, Manyora said that the OKA chiefs will not win alone without the support of Raila Odinga in the coming elections.

He has urged them to rally behind Raila in order for them to survive politically.

Speaking to NTV Kenya, Manyora said OKA principals will go nowhere on their own, Uhuru will hand them to Raila. 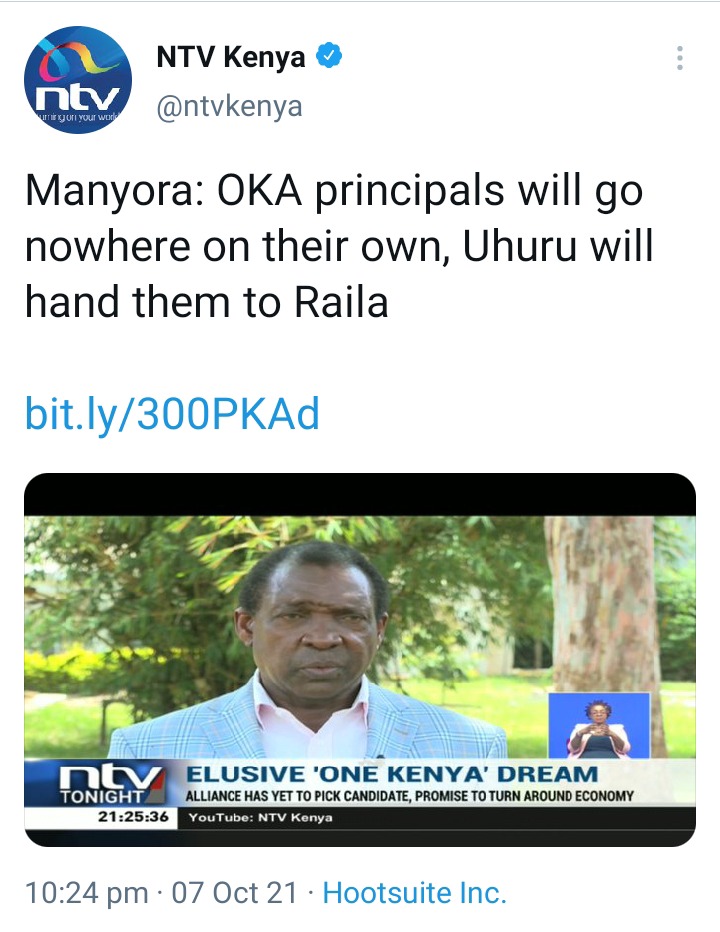