By The-True-Picture. (self media writer) | 29 days ago 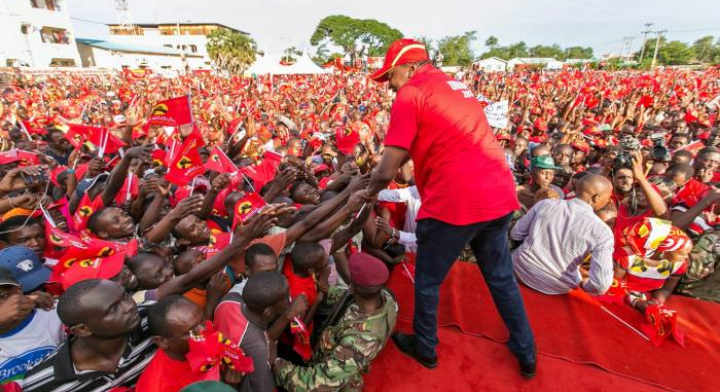 On Thursday,KANU Chairman and Baringo Senator Gideon Kipsiele Moi was in Mombasa to meet his party delegates and also to drum up support for his presidential bid. 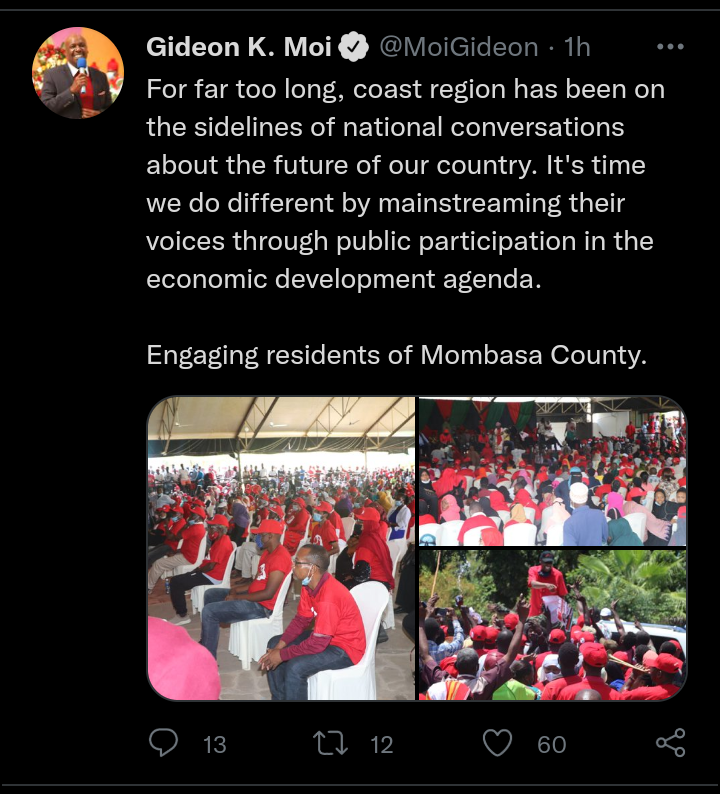 Moi who received an arousing and a rapturous welcome at the Coast of Kenya was overwhelmingly endorsed by the KANU delegates for Presidency on KANU's ticket.Moi is among the political bigwigs who seem to be very close to President Uhuru Kenyatta and ODM party leader Raila Odinga is believed to be a crucial team player as far as Kenyatta's 2022 succession gameplan is concerned. 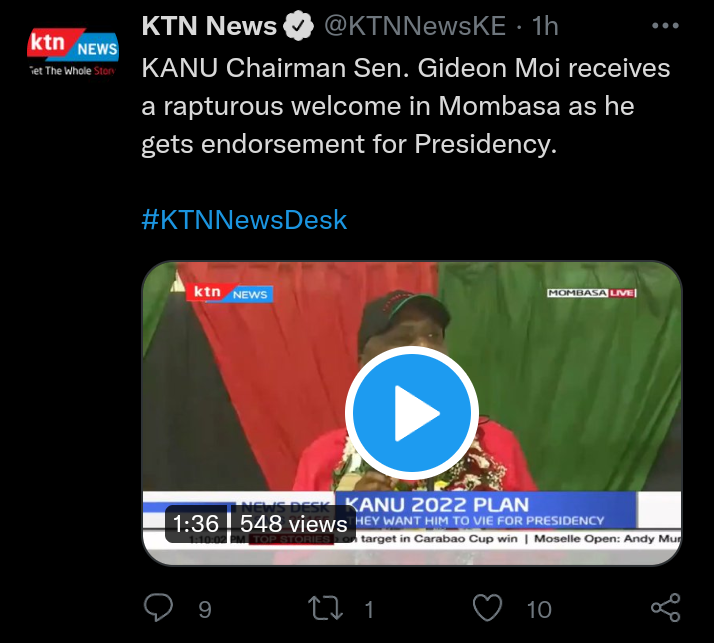 Separately,the rulling party-Jubilee has made an announcement that touches on the filling of the Senetorial slot that was left behind after the demise of Nominated Senator,the late Victor Prengei.Hon Prengei perished through a tragic road accident.The party has settled on Isaac Ngugi from Nyandarua county in Central Kenya. 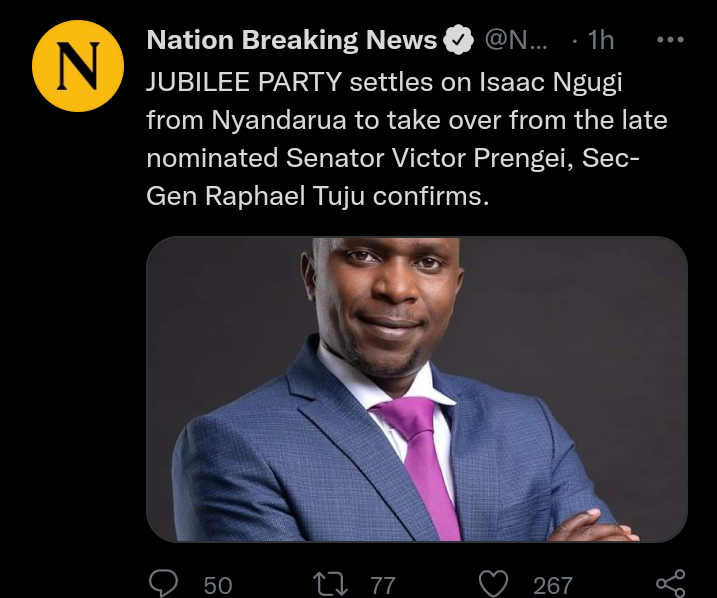 This announcement was confirmed by Jubilee Secretary General Hon Raphael Tuju.The announcement is likely to cause jitters especially from the late Senator's backyard which was optimistic that one of their own would have been chosen to fit into the late Prengei's political shoes.