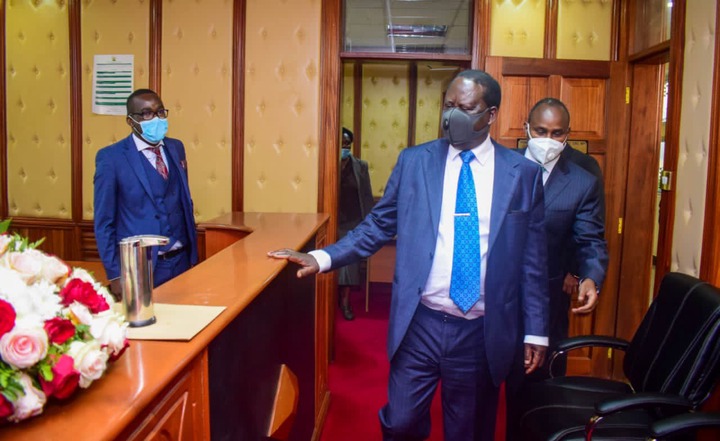 President Uhuru Kenyatta held an address to the joint seating of the national assembly and the senate as per the requirements of the 2010 constitution.

The head of state addressed various matters of interest to all kenyans among them being the state of the security in the country, the big four agenda, the building bridges initiative politics among other issues. 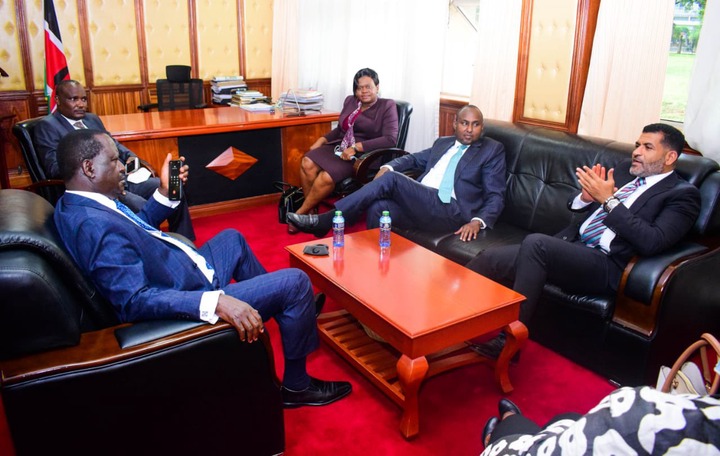 At the meeting, there was Orange democratic movement (ODM) party leader Raila Odinga who attended the event in his capacity as the country's former prime minister.

And now, Raila Odinga has taken to social media to reveal what he did after attending the presidential address. 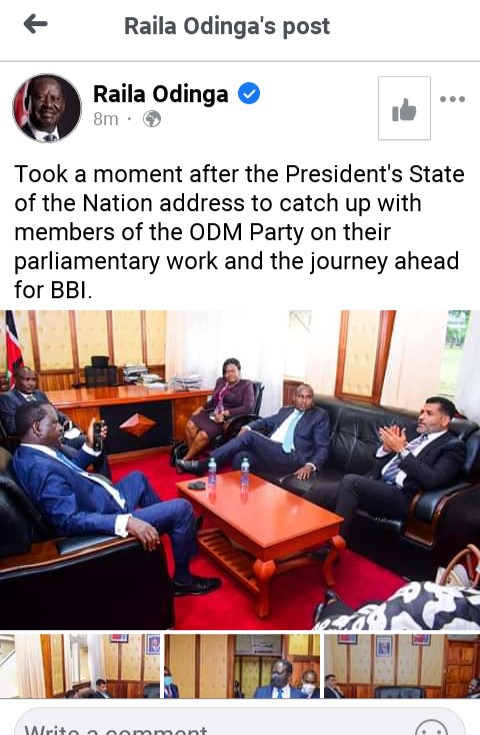 According to him, he took some time to catch up with the lawmakers who belong to his party on their legislative work and also progress on the building bridges initiative.

"Took a moment after the President's State of the Nation address to catch up with members of The ODM party on their parliamentary work and the journey ahead for BBI," Raila said.

His revelations have left many kenyans talking: 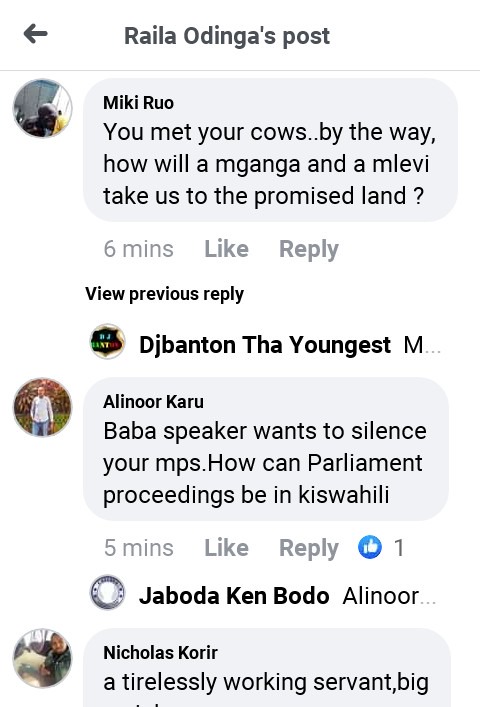 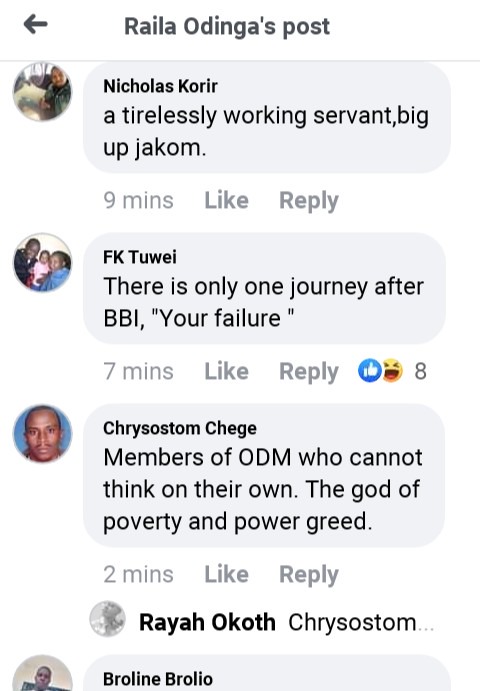 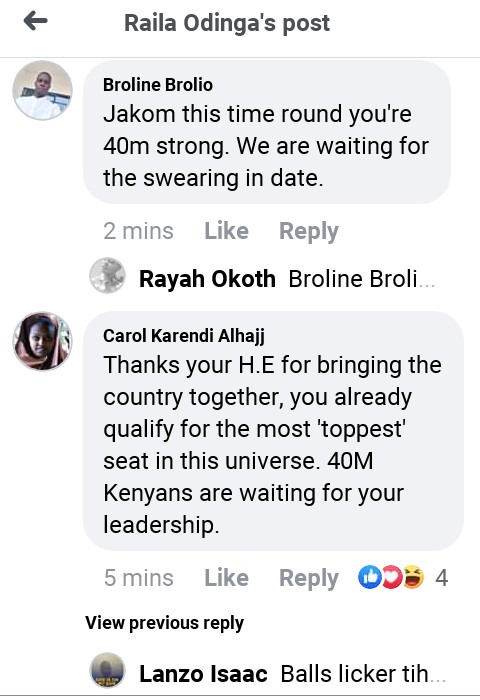 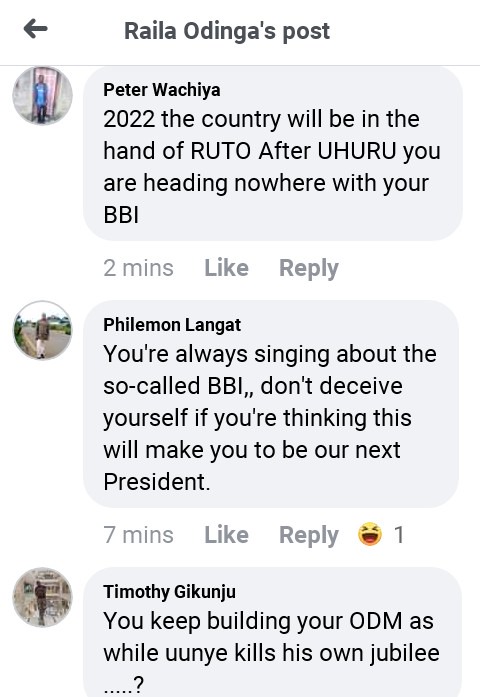 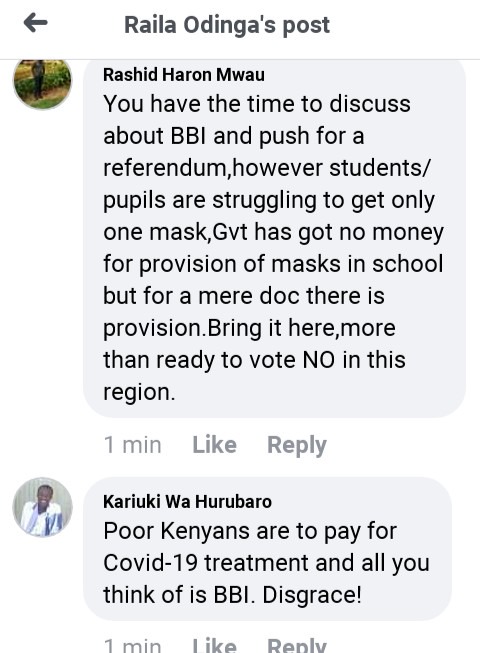