Reports Emerge On What Raila, Ruto And Uhuru Secretly Discussed About On Sunday, Monday And Today 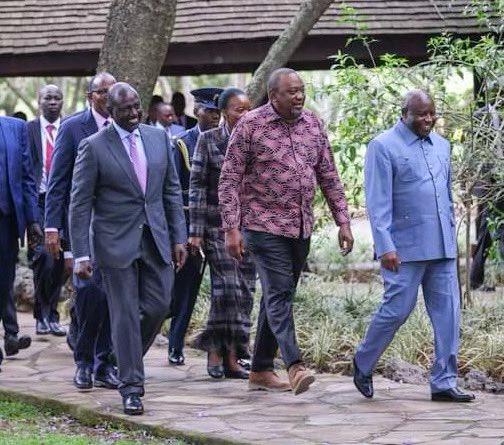 As NTV reports, the three leaders have been deep in discussion from Sunday afternoon about the planned demonstrations by Raila Odinga's troops that were to kick off on Wednesday (tomorrow). 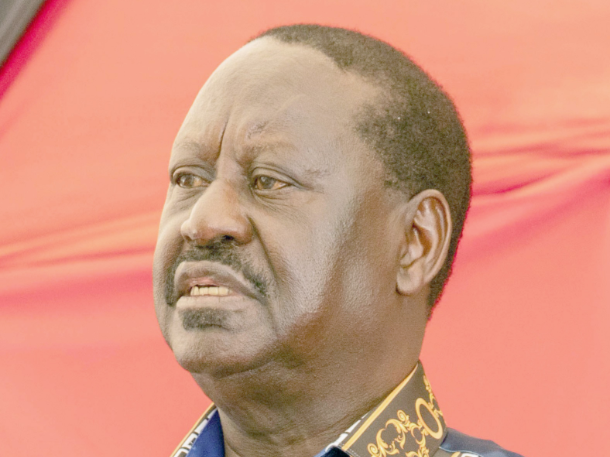 It has since emerged that president William Ruto and his predecessor Uhuru Kenyatta continued with the discussions on the sidelines of the DRC peace summit and that the ODM party leader was also brought on board in the talks.

It is said that three leaders struck an agreement to have the protests that had been scheduled by Azimio la umoja to start tomorrow called off. 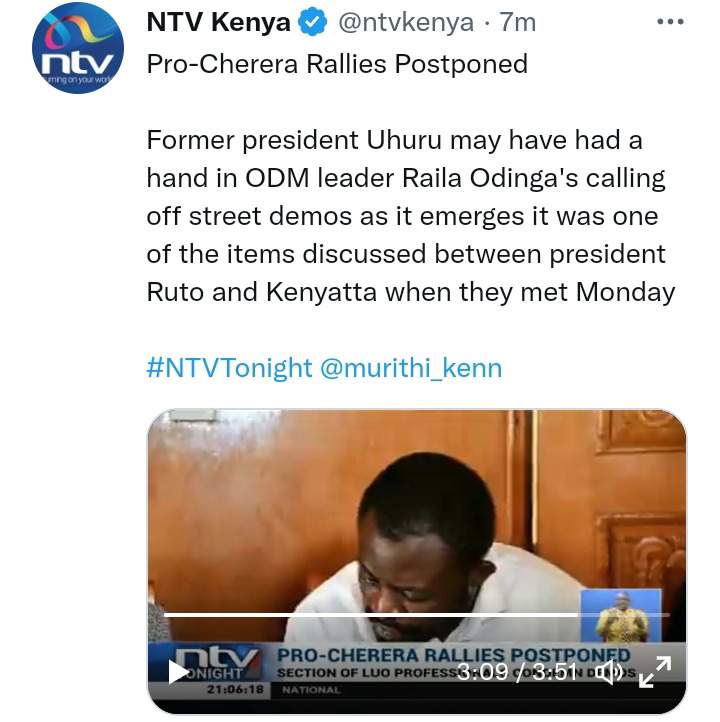 Former President Uhuru Kenyatta is the chairperson of the Azimio la umoja One Kenya coalition party and supported Raila Odinga in the last general election. He met with president William Ruto publicly yesterday.