Ledama Braves Attacks From Colleagues, Stands By Previous Statement, 'Parliament Is To Blame' 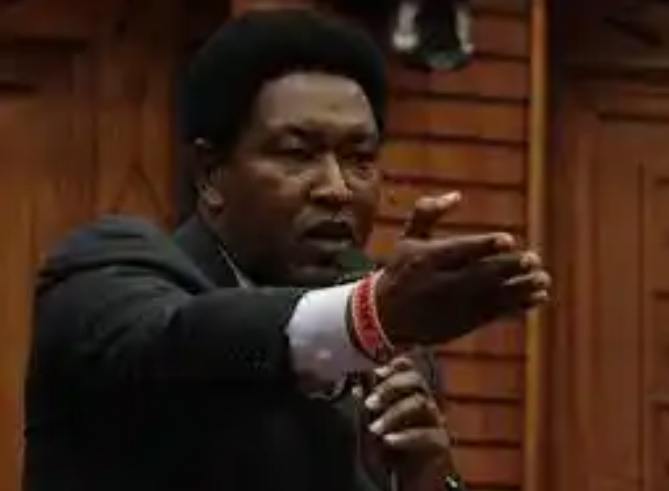 In the past, Narok Senator Ledama ole Kina has been accused of being part of a cabal in parliament that passes unpopular laws, then turns around pretending to stand in solidarity with Kenyans.

This was more so during the case of the Building Bridges Initiative, when cameras captured him making a spirited contribution on the floor of the House in support of the Bill, only for him to join online forums complaining alongside ordinary Kenyans about its demerits.

However, yesterday, the Senator seemed to put his safety and pride on the line when he viciously differed with colleagues on the Fuel issue, and Parliament’s role.

Ledama who is a member of the Senate’s Energy Committee, stood and declared that not only were Kenyans right but also justified in blaming Parliament for passing the Bill that eventually led to the high fuel prices currently being witnessed in the country.

He said that despite the argument it is the Executive which should be blamed, their role as parliament in the entire issue couldn’t be ignored.

“Kenyans are pissed at the Executive but they should be pissed at us as we are the ones who pass the legislation. We as Senate for instance passed the Petroleum Act which resulted in the petroleum development levy,” he said.

Other members however sought to absolve the role of the Senate in the passage of key tax legislation insisting the role falls squarely under the scope of its sister- the National Assembly.

In his response to the summons, CS Keter said fuel prices did not fall under the purview of his ministry, as he passed the buck of responsibility to the Petroleum docket.

CS Munyes, who is presently out of the country, on his part requested to push the hearing by the Senate Committee to Wednesday next week.

"We Have A National Crisis, We Have Failed As A Nation" DP Ruto Says As He Takes On Unemployment

Do You Drool When You Sleep? Here Is What It Means