By TabbsMaggie (self meida writer) | 12 days

While speaking on Sunday night at Inooro TV Kiririmbi Show, United Democratic Alliance Party's candidate For Kiambaa Constituency, Njuguna Wanjiku has revealed worrying details of why he was having difficulties in communicating. According to Njuguna Wanjiku, his day was a long one after long hours of getting teargassed alongside his followers after police blocked the Hustler Nation Movement youths tournament that was to take place at Karuri grounds. Njuguna Wanjiku said the teargassed he inhaled is already affecting him. The UDA's candidate was hosted by Francis Gachuri alongside other five aspirants competing against him. Njuguna Wanjiku main competitor is Jubilee Party's candidate Kariri Njama. 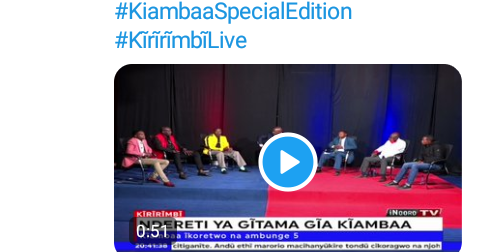 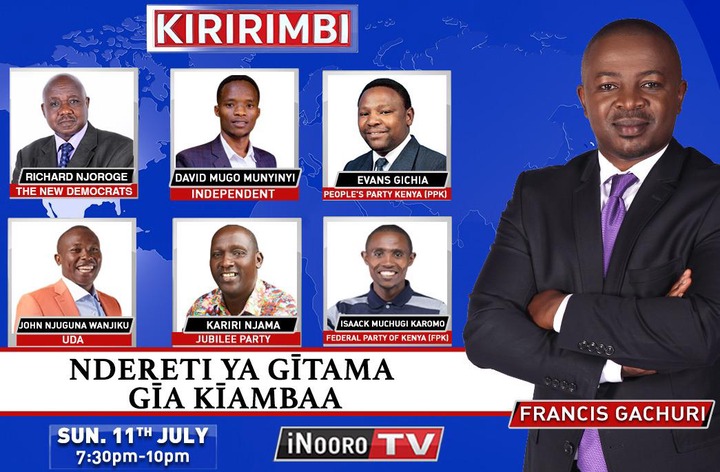 " I can only plead with our viewers to plead with me for the way I'm speaking. I don't actually speak like this. I have had a long day with our Kiambaa youths. After Police decided to block where youths tournament was to be held," Revealed the Kiambaa candidate. 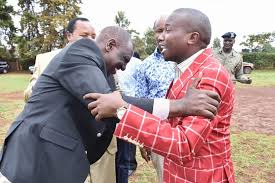