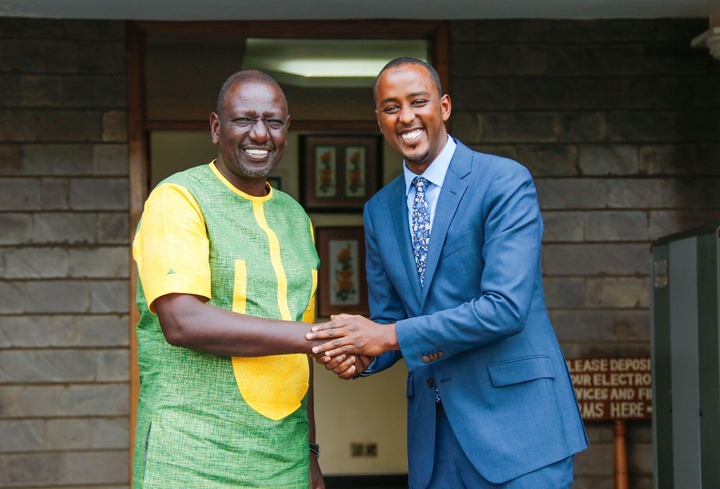 This happened after the DP held a Parliamentary group meeting bringing together all UDA leaders at Karen where the leaders endorsed partnership between UDA, ANC and ford kenya.

In a message through his twitter account, Ngunyi wondered why Ruto appointed Hussain despite Denis Itumbi being the head of communication.

Ngunyi claimed that Itumbi has been replaced by a newcomer the same way Waiguru was replaced by Mudavadi as a running mate.

He concluded by asking whether revolutions are eating their own children within hustler Nation.

"I thought Itumbi was Head of Communication at UDA. Who is this NEWCOMER called Hussein Muhammed?

After Mudavadi REPLACED Waiguru as running mate, ITUMBI has been replaced by Hussein. That is WHY they BROKE his LEGS in a fake highjack. Do REVOLUTIONS eat their OWN Children?", He said on Twitter.

Ngunyi's tweet Elicited mixed Reactions with some wondering why he is concerned and yet Itumbi hasn't complained.

Below are the screenshots of the reactions on-line. 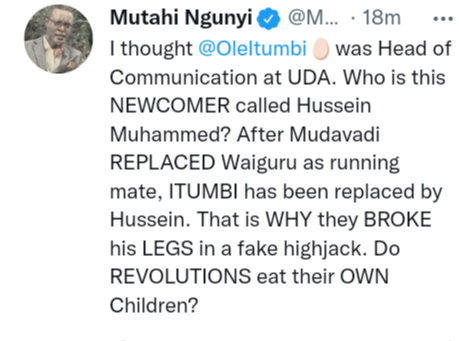 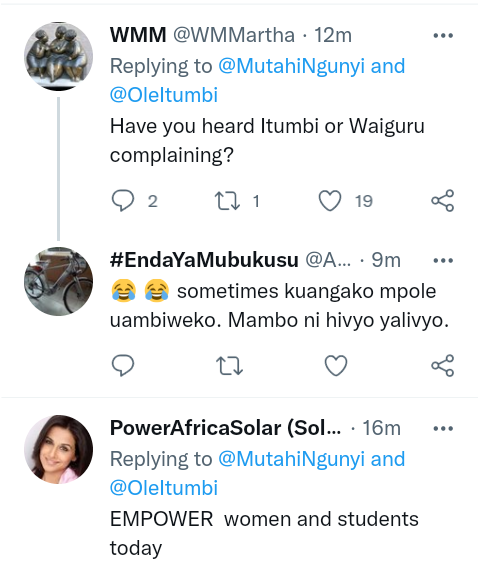 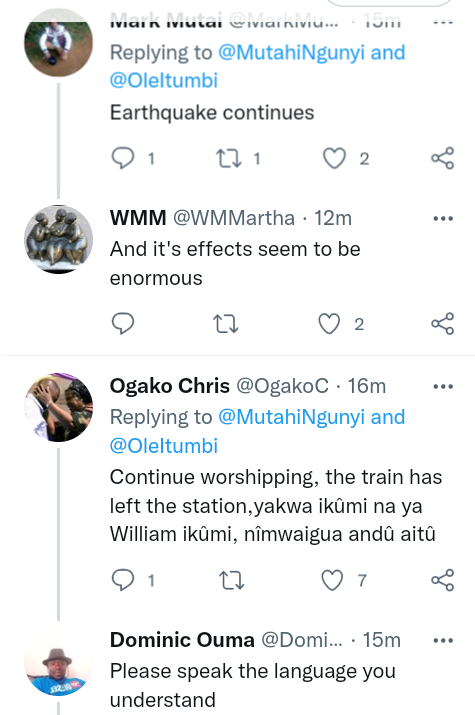 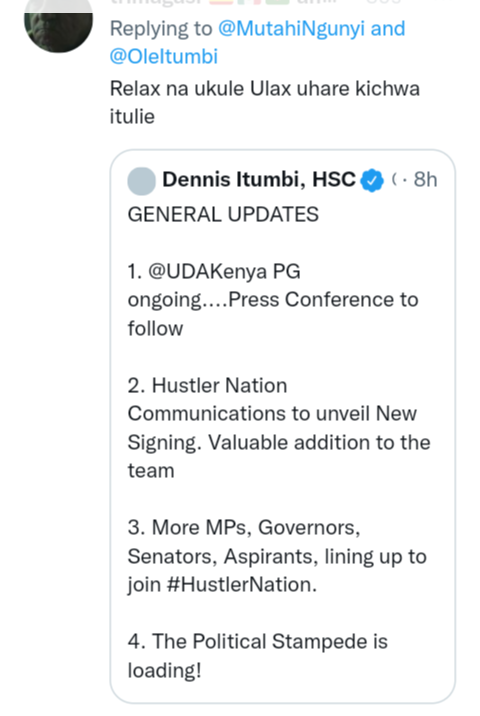 What Ruto Did That Drove Waluke Away, Explained by a Top CS