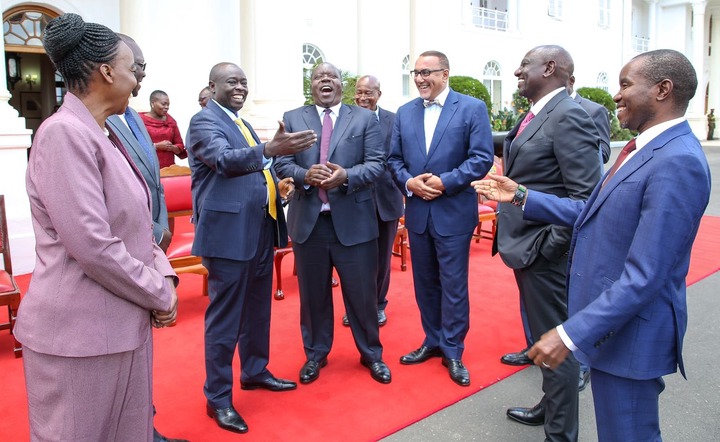 Kenyans took a keen interest when the President held a short moment with Interior CS Dr Fred Matiangi, a man who was against his presidency mission

Dr Matiangi was among the top CSs that campaigned for Raila Odinga. He was seen in some rallies in the Nyanza region asking voters to support President Uhuru Kenyatta and his handshake brother Raila Odinga

Ruto even raised concerns with Matiangi and other CSs for involving themselves in politics. He also accused him of arresting leaders who supported him. 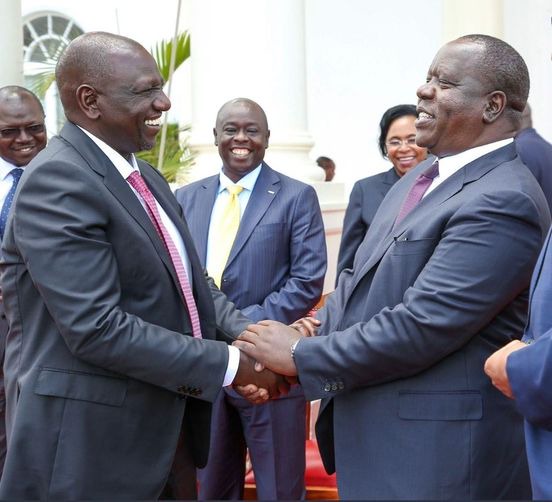 In the Kenya Kwanza team, Matiangi was considered an enemy of the hustlers.

After Ruto's win, he summoned all the CSs to State House where he chaired his first Cabinet meeting

Kenyans have since shared mixed reactions, with some saying Ruto should retail 'loyal' Matiangi because he is a performer.

Others made funny comments in relation to the current "murifee, don't run" trending videos.

Kimani Mungai: He was telling him murifeee, don't run 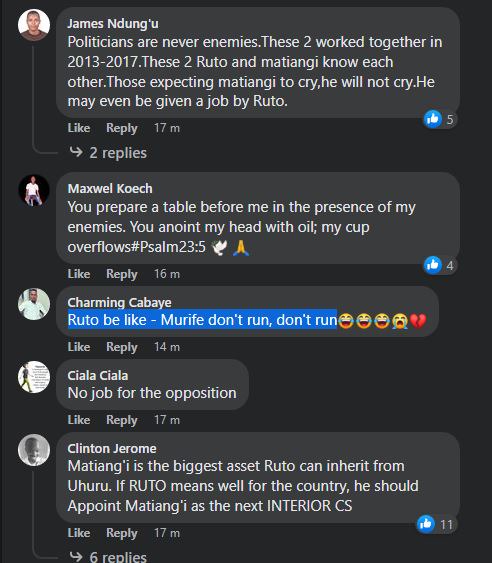 Evans Kafhekhe: This man is a performer...plz Ruto give him another chance...let the truth be told... whatever he did and said was in line of duty and he had to follow orders from his boss

James Ndung'u: Politicians are never enemies. These 2 worked together from 2013-2017. These 2 Ruto and Matiangi know each other. Those expecting Matiangi to cry, he will not cry. He may even be given a job by Ruto.

Maxwel Koech: You prepare a table before me in the presence of my enemies. You anoint my head with oil; my cup overflows#Psalm23:5 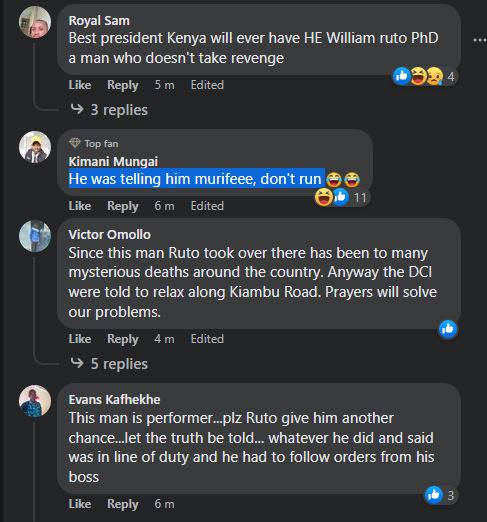 Clinton Jerome: Matiang'i is the biggest asset Ruto can inherit from Uhuru. If RUTO means well for the country, he should Appoint Matiang'i as the next INTERIOR CS

PHOTO: What President William Ruto Did To a Trader During a Top Event on Wednesday

Ferdinand Waititu Stands Out As He Joins Justin Muturi, CS Machogu And Others At Ruto's Event