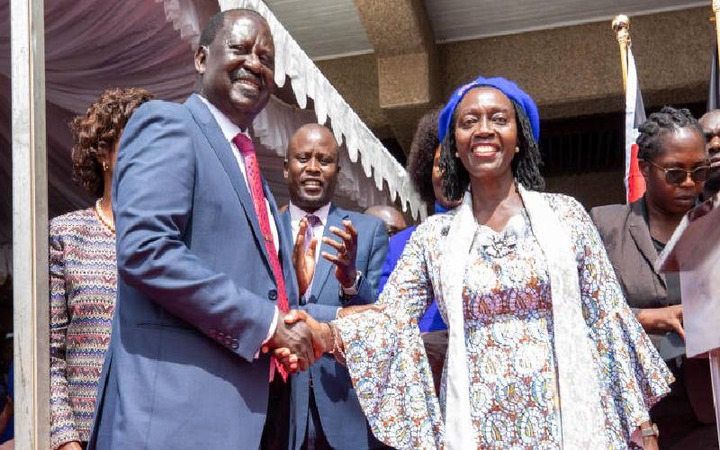 Political Strategist Alutalala Mukhwana has dismissed ongoing claims that the August 9th presidential race is a three horse race, saying that it is evident that the race to succeed President Uhuru Kenyatta is between Raila Odinga and Dr William Ruto.

In his Thursday's interview with NTV, Mukhwana argued that both Raila and Ruto are very strong candidates and cannot be compared with the other two candidates George Wajackoyah and David Waihiga.

He went on to say that few months ago, Deputy President William Ruto who will be seeking the top seat in the land under the United Democratic Alliance UDA party, was viewed as the man to watch in August, but since Raila settled on Narc Kenya's party leader Martha Karua as his running mate, he seem to be catching up with Ruto.

The political observer also opined that Karua seem to be helping Raila to claim Mount Kenya Region which had been considered as Ruto's stronghold.

"Earlier on, it was evident to everyone that Dr Ruto was leading owing to the crowds he was pulling, the time and resources he had invested on the ground,'

"Now Raila seem to play catch up, but with the entry of Karua, if the size of crowds is anything to go by, then there seem to be a steady climb in Raila's pace towards the presidential seat." 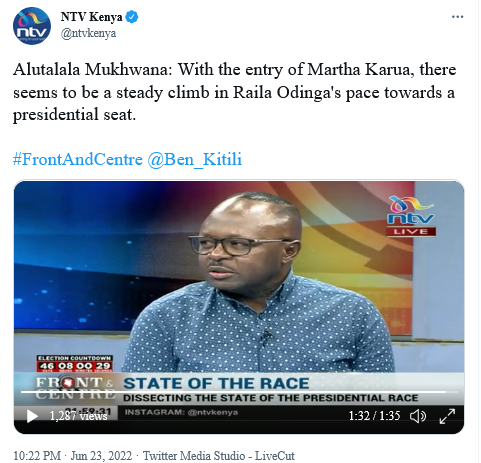 Dates for The Presidential Debate Announced

DP Ruto William Leads With A Big Margin In The Latest Opinion Poll Ahead Of Raila Odinga.

Revealed: Presidential Debate Will Be Held On The Following Dates