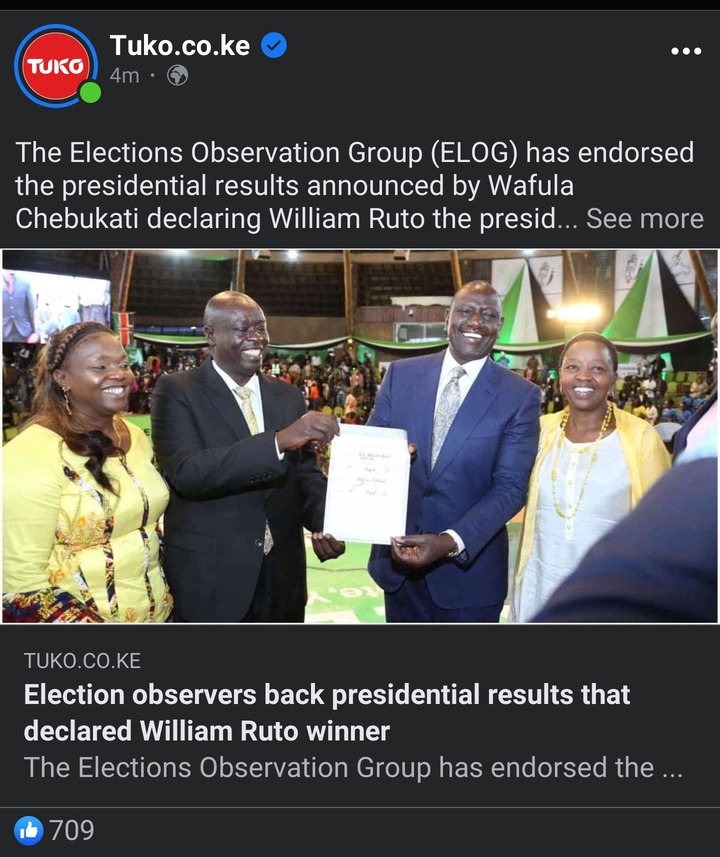 In the results, Chebukati declared Kenya Kwanza Alliance's William Ruto as the president-elect after garnering 7,176,141 votes representing 50.49% of the tallied votes. 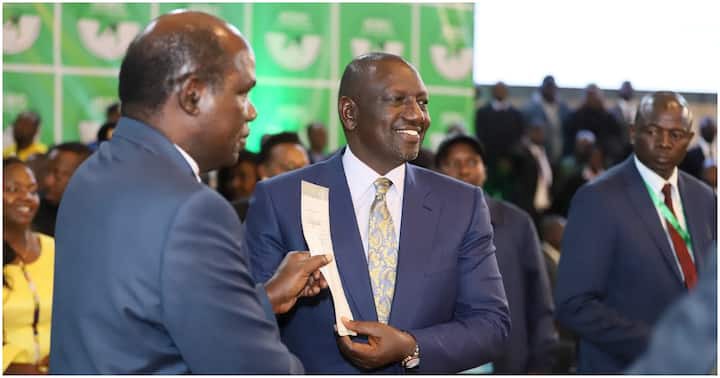 In a televised address on Tuesday, August 16, the observers' group said the findings from its Parallel Vote Tabulation (PVT) estimates are consistent with IEBC’s official presidential results.

The group noted that their findings had a margin of error because they relied on scientific statistics.

𝑲𝒆𝒏: Declaration was made perfectly by the concerned personnel, the others who withdrew themselves, we've no apology to make, it's DONE.

𝑲𝒊𝒑: The diplomats made their candid statements about the whole process that it was transparent.

𝑵𝒂𝒍𝒖𝒐: Even 2017 they Gave election thumbs up but Maraga embarrassed them after nullifying the Election, it's not over until it's over.

𝑨𝒍𝒍𝒂𝒏: Opinion polls should be put to a stop, they made Joho imagine he was the CS for lands.The guy even bought shoes and suits.He also visited the Lands office with a tape measure.All the Best Mr President