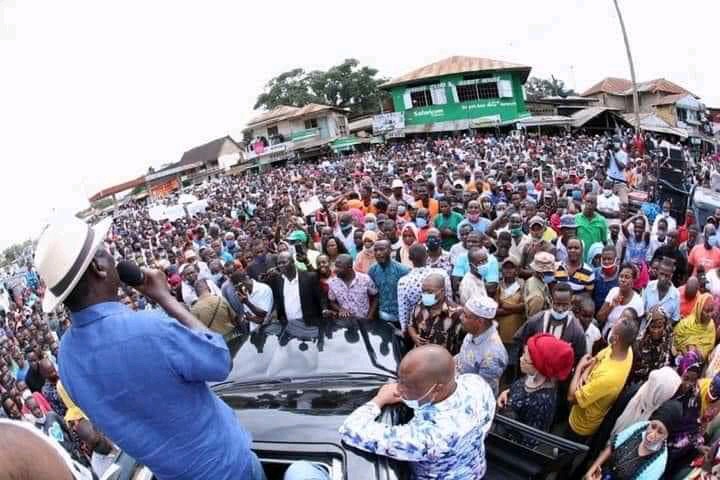 Raila Odinga has been in Coastal Kenya for his political rallies and has made a stopover at various places to address residents.

A day ago,Raila Odinga was on the loose after Kenyans picked out his photos while addressing a few gatherings at Taita Taveta.

Some of the social media users told off Raila Odinga that he has lost ground in terms of 2022 politics is concerned unlike the past rallies with mammoth crowds.

Raila Odinga's supporters on their side aren't relenting to take on critics that the former Prime Minister has been attracting massive crowds in his rallies but has never won elections due to election rigging.

This also comes by a series of rallies held by Deputy president William Ruto in perceived Odinga's strongholds but the Hustler has shocked Kenyans with the number of people turning out to his functions at large numbers claiming Dp is a man to watch come 2022. 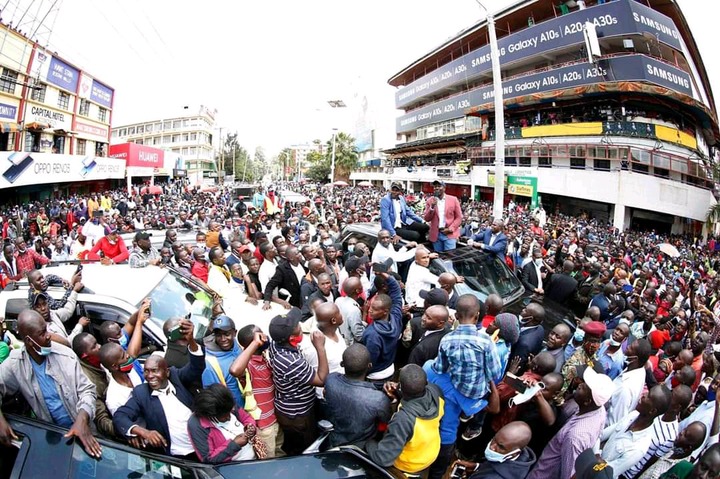 On today's Friday 11th,Raila Odinga made a stopover at Kwale Town and his post has elicited reactions among Kenyans.

Odinga's opponents have gone ahead to deconstruct the mammoth crowd by Raila's kwale meeting as camera tricks which multiplies few gatherings appear large.

Below are some of the reactions by Kenyans;

Musyimi-POOR RAILA. First, Z0OM Meeting na Ongwae & Kisii ODM Leaders after the RUTO STORM in Kisii. Then he went for Camera tricks in Kwale. How far are Shops in Kwale from Main Road??

Boby Misik-Poor Tinga. After analysing the perspective of the photo there was a camera trick application,How far are Shops in Kwale from the Main Road??how big Is this the road?

Letting Javan-Today was a market day in Kwale