By lemmymbelle (self media writer) | 8 months ago 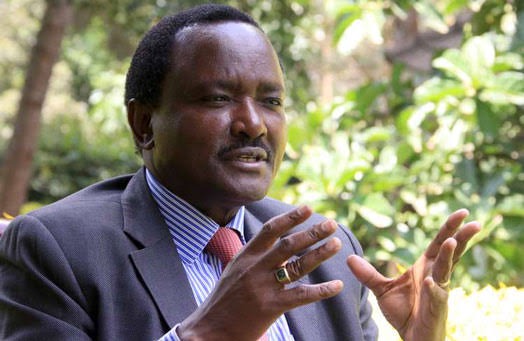 The issue of running mate has threatened to destabilize the country's leading political camps with both Deputy President William Ruto and Odm leader Raila Odinga struggling to find like-minded individuals to partner with.

Just recently, The Deputy President revealed that he has settled on Mathira Mp Rigathi Gachagua to be his Running Mate. He was picked ahead of Ann Waiguru, Ndindi Nyoro, Kithure Kindiki, and Alice Wahome. 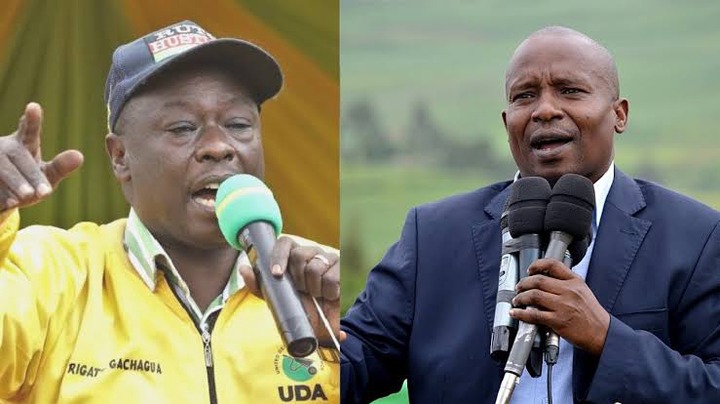 There have been reports that Kalonzo Musyoka has been threatening to run as an independent candidate in the event that Raila does not name him as his running mate. Wiper Leaders have alleged that they are prepared to go all the way to the ballot and that Kalonzo has even settled on the person who will Deputize him.

Controversial Human Rights Activist and International Lawyer Miguna Miguna has now alleged that Kalonzo has settled on Gideon Moi as his running mate. The two were seen together on Sunday and were also missing from Raila's Kamukunji meeting. It now remains to be seen whether they will be on the ballot. 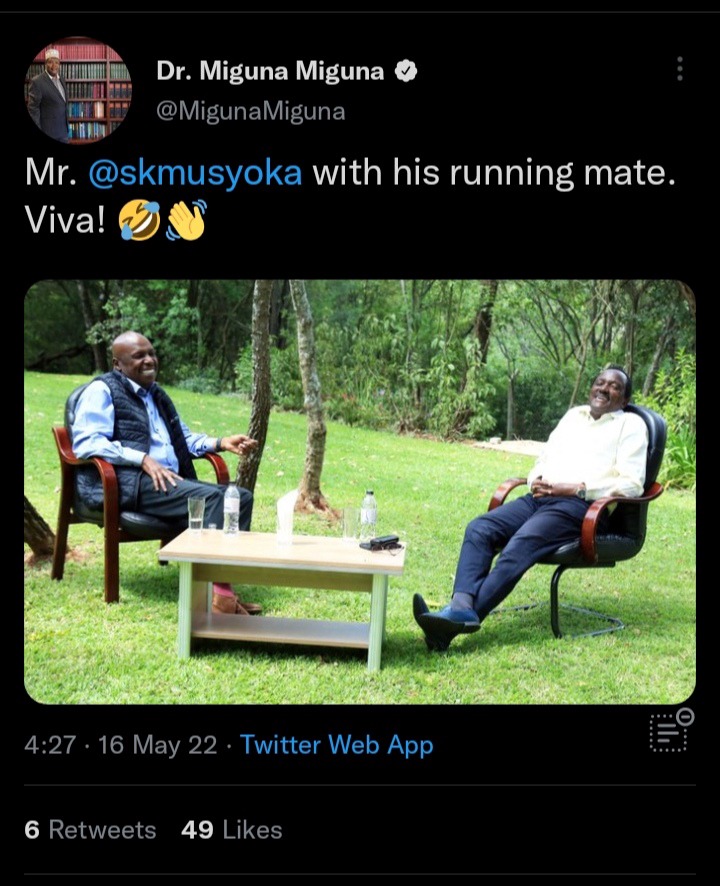