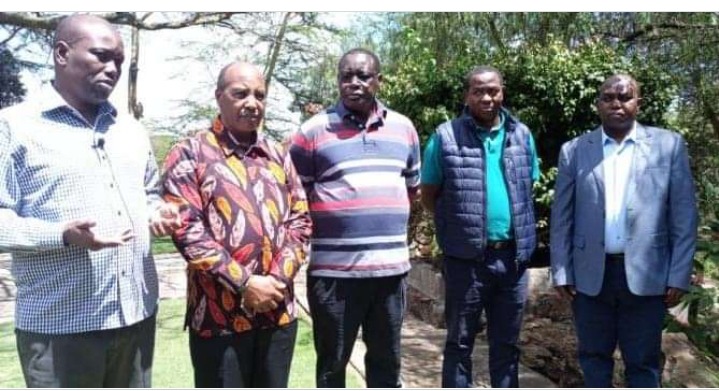 The governors, Lee Kinyanjui (Nakuru), Francis Kimemia (Nyandarua), James Nyoro (Kiambu), and Nderitu Mureithi (Laikipia), stated in a meeting on Saturday, December 4, that they were in talks and would soon announce a joint coalition ahead of the 2022 General Election.

During the meeting, the four Governors of the ruling Jubilee Party endorsed talks to form an alliance for 2022 co-led by the Party of National Unity (PNU) and the Ubuntu Peoples Forum (UPF).

The governors stated in the statement that they are actively engaged in building broader consensus that will result in a formidable political vehicle for 2022. 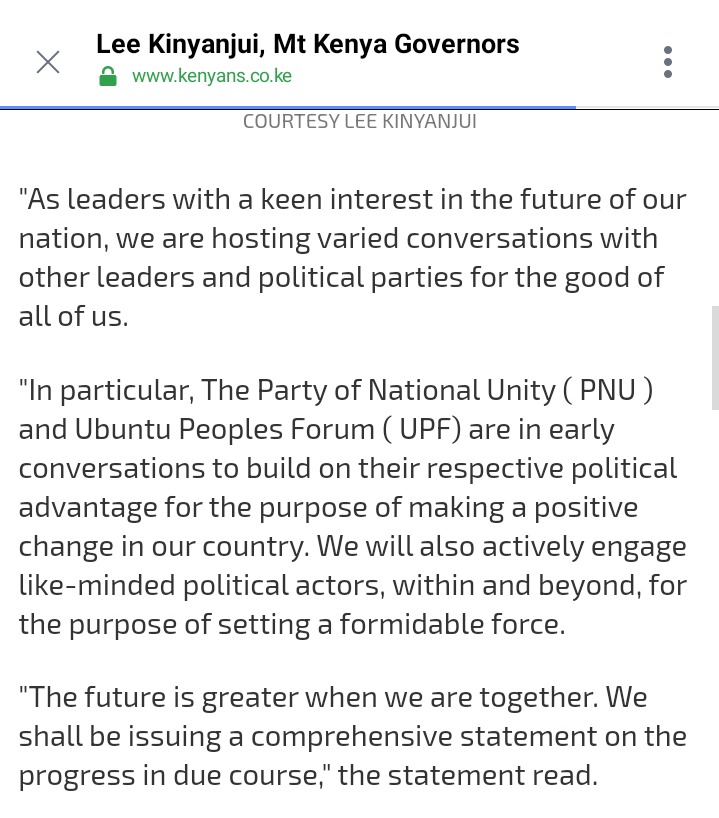 This indicates that the four governors elected on a Jubilee Party ticket intend to leave the party, which has been marred by mass exodus as the country approaches the general election.

Governor Kinyanjui has been outspoken in his support for ODM leader Raila Odinga's presidential bid. The Nakuru county boss stated that he will back Raila because of his support for President Uhuru Kenyatta during his second term in office.

Jubilee & ODM To Have NDC The Same Day, Then March To Nyayo And Reveal Azimio Presidential Candidate

Origin of the Name Kenya