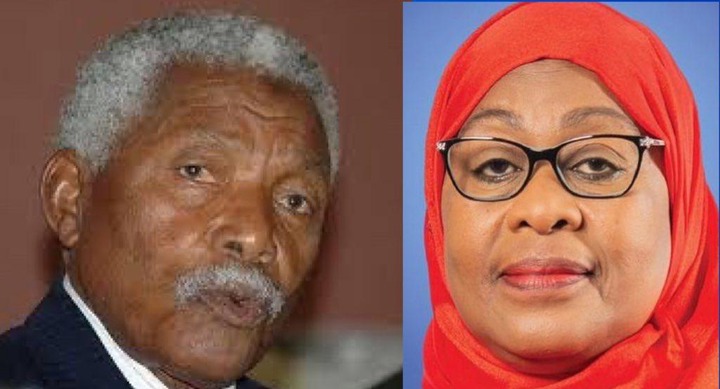 While addressing a group of politicians today, President Samia revealed that it was time for Tanzanians to start taking care of their elderly ones because according to her, it was so wrong for the government along with the citizens to stare at their distressed aging political giants without doing anything.

Due to this reason, the president who went ahead and praised the former president revealed that he was one of the politicians who inspired her as she was getting into the world of politics because adding that she was surprised after Mwinyi happily gave in after his term ended as the president.

Adding onto her remarks, she said that all politicians should be like him because unlike other politicians president Mwinyi calmly handed over power to the winning candidate after Loosing. She went ahead and bought him a car adding that she had noticed how he was having a hard time getting into his car. 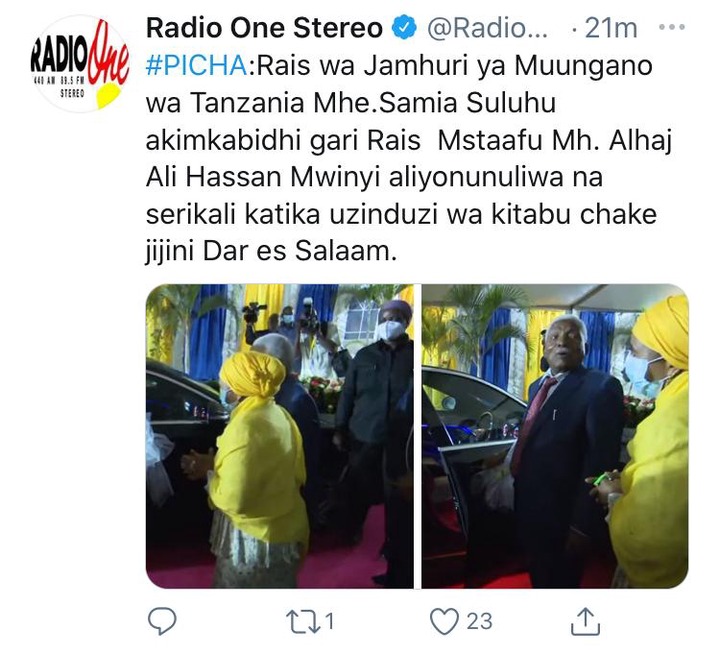 Her remarks has sparked alot of mixed reactions from Tanzanians who seemed to have different opinions and suggestions on the issue . With a section of Tanzanians claiming that maybe she was saying this because she just became the president , others went a head and congratulated her for her kindness. 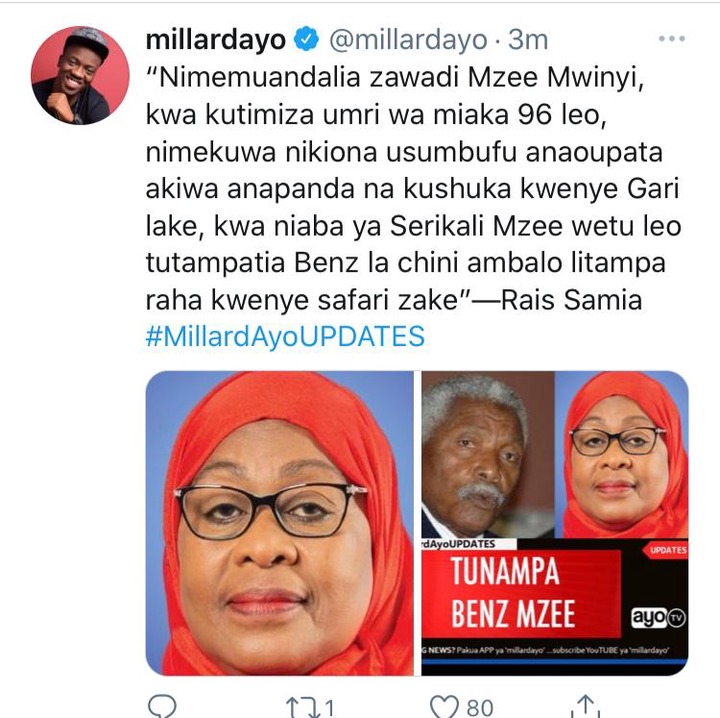