City Lawyer Ndegwa Njiru now claims that the supporters of the Deputy President William Ruto who were vocal during the early stages of his campaigns have had a change of heart.

In an interview with a local TV station, the lawyer claimed that the triumphant entry of Roots presidential candidate George Wajackoyah into the country's political arena has had a major impact on the second in command. 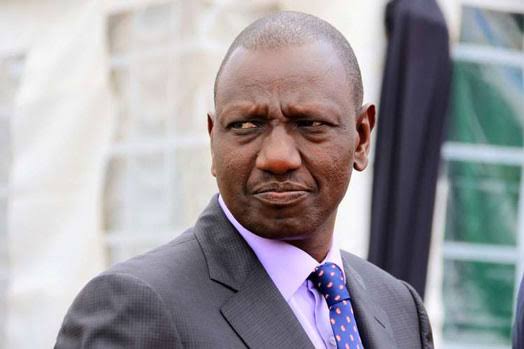 Njiru opines that Wajackoyah has eaten into a chunk of votes that belonged to the Deputy President and this could dent his chances of succeeding President Uhuru Kenyatta.

Mr. Ndegwa states that those supporters who once craved for wheelbarrows from the second in command appear to have dramatically shifted allegiance and are not backing the Roots party leader.

His sentiments are on the eve of Tifa research analyst Tom Wolf claiming that Wajackoyah could cause an upset for both Raila and Ruto and could force a re-run of the August 9 general elections. 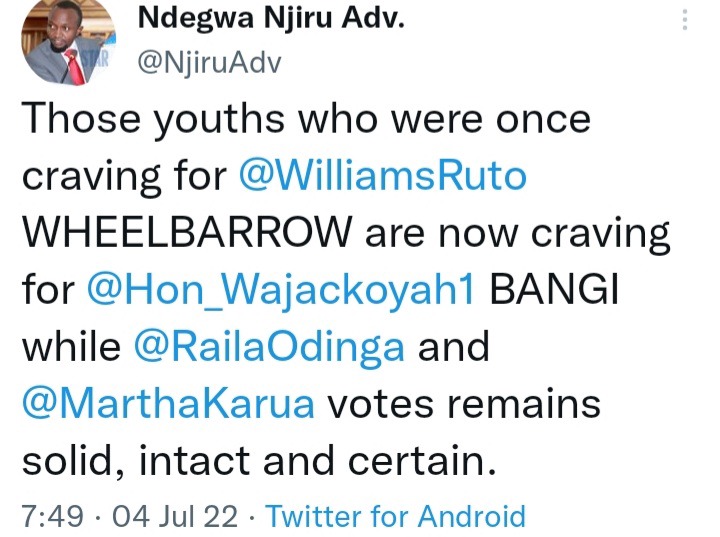 Reactions After Ruto Welcome Other Politicians To Kenya Kwanza Coalition

Martha Karua Speaks Out Reveals What They Will Do Should Supreme Court Rules Against Them.