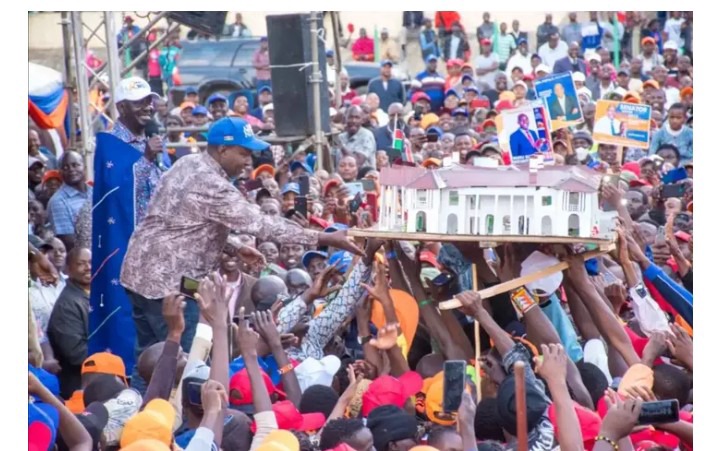 Former Kenyan Prime Minister Raila Amollo Odinga was presented with a statehouse structure while speaking to inhabitants of Narok County as a show of their confidence in him. Raila Odinga, his running mate am waMartha Karua, and other officials traveled to Narok specifically to encourage Kenyans to vote for Raila Odinga in the next presidential elections. Raila Amollo Odinga promised that his government would create new job opportunities, boost the country's economy, provide health insurance to every citizen, and provide ksh. 6,000 to every citizen and scrap off corruption in the country. 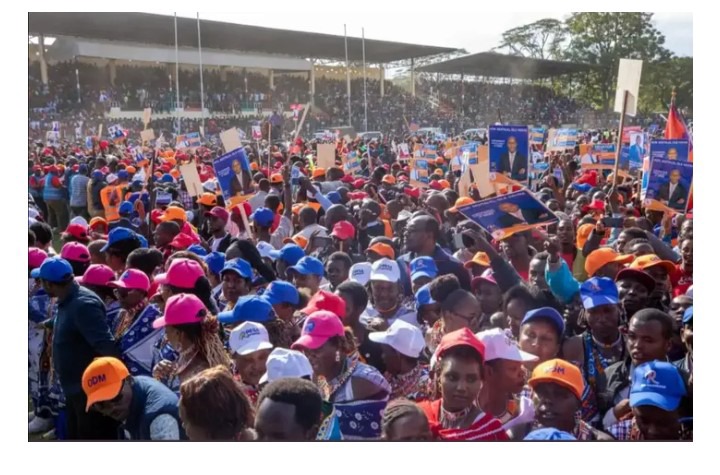 On the other hand, Raila Odinga and his Azimio coalition team toured Narok county today, holding a mega rally at Ole Ntimama Stadium to persuade residents to rally behind Raila Odinga and his running mate Martha Karua, as well as vote for Azimio allied candidates, to give him a strong bargaining position in the upcoming government. 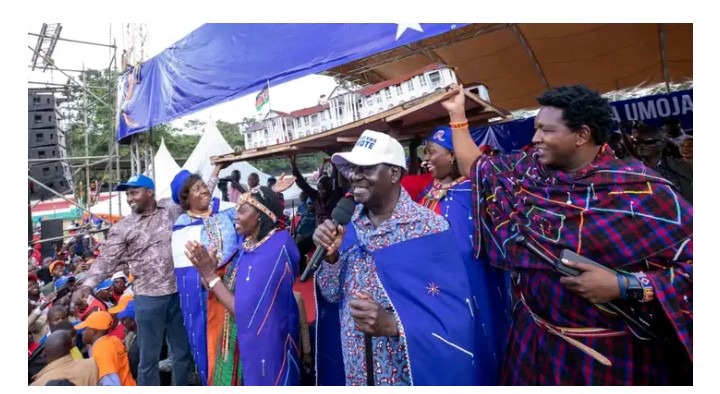 However, a video has emerged showing a number of residents leaving the stadium as Raila Odinga was speaking, while others listened intently and waited until the very last minute.

Many residents can be seen making their way out to the gates in the video as Raila finishes his address. 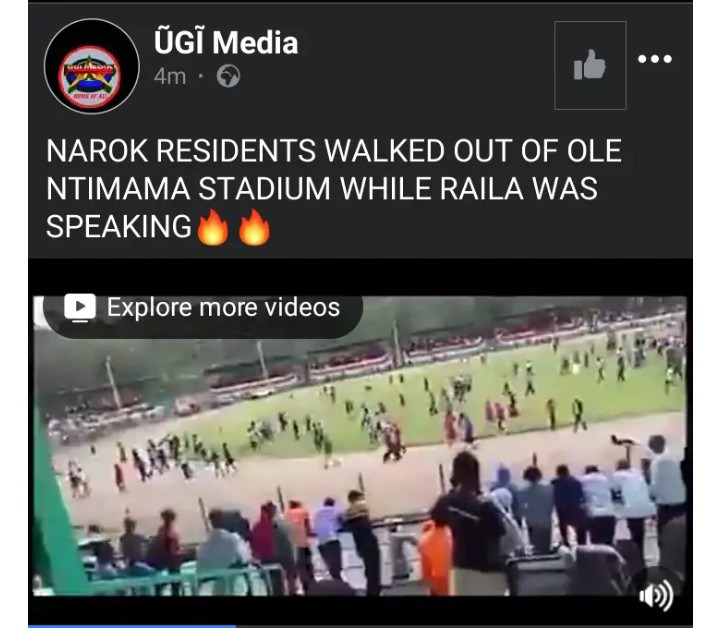 It is not clear why they walked out but it is believed that they were making their way out to avoid a stampede that could have happened because Raila Odinga was concluding his speech and the very many people who had attended could had caused a commotion while moving out of the stadium.

Raila Odinga was in company of many leaders including Junet Mohamed, Martha Karua, Ledama Olekina, Peter Kenneth among other top Azimio brigades.