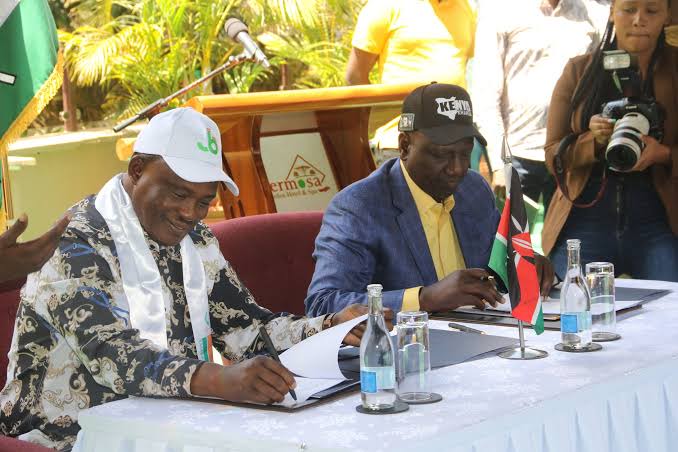 Days after the Political Parties Tribunal Court declared the move by National Assembly Speaker Justin Muturi's Democratic Party to enter into a pact with Kenya Kwanza as illegal.

The DP Party has officially ended its ties with DP Ruto promising to walk alone ahead of the August 9th General elections.

Party Director of Elections Hon D.K Munene has informed that they were not consulted and neither was the National Delegates Committee[NDC] consulted over Justin Muturi's signing deal with DP Ruto a move that he has been termed as illegal.

Mr. Munene has said that "the Political Parties Disputes Tribunal declared null and void an agreement signed by some officials of our party with the Kenya Kwanza." Speaking over the party's next political move, Mr. Munene has said that the DP Party is not in any way associated with Kenya Kwanza, and as a party, they have resolved to go alone as individuals but not as a coalition.

"We are going to the elections as Democratic Party and not in any coalition."