"He Should Look For Another Party, Not ODM," Bad News To Wanjigi's Ambitions As This Details Emerges

By Newsauthor (self media writer) | 6 months ago

During an interview with K24 TV this morning, Dennis Anyoka claims that it might be impossible for mount Kenya business tycoon, Jimmy Wanjigi, to vie for presidential seat in the coming general election using Orange Democratic Movement (ODM) Party as he had earlier said.

According to Anyoka, ODM party belongs to former prime minister Raila Odinga and nobody else will be given Party's presidential ticket apart from Raila Odinga who's also a party leader. 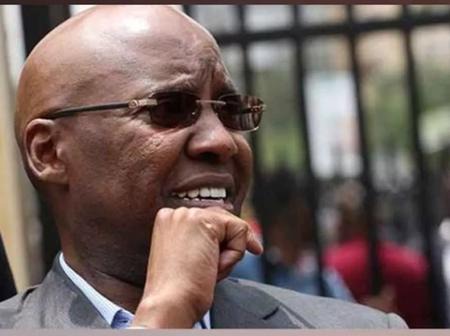 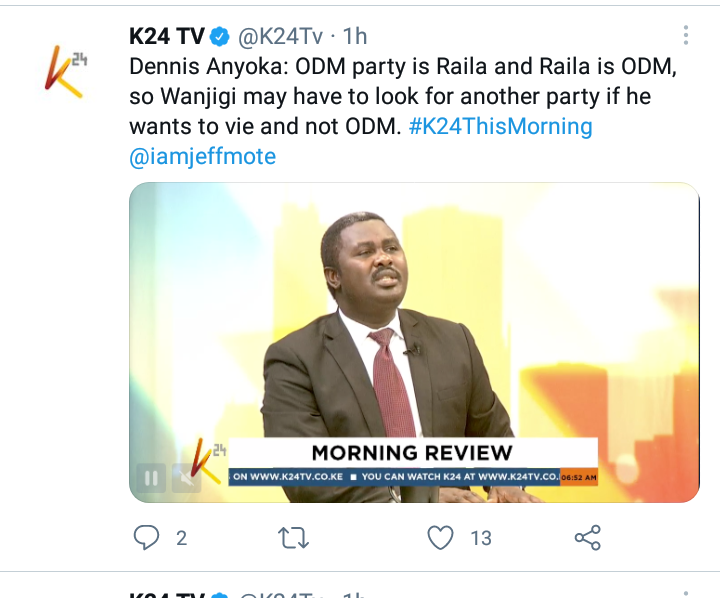 He also claims that other NASA principles fears being swallowed by the coalition if they unite with Raila Odinga in the coming general election and they might consider vying on their own in order to get a chance of being in ballot box. If they will unite, Raila Odinga is likely to get the ticket according to Anyoka and this will force other principles to support him. 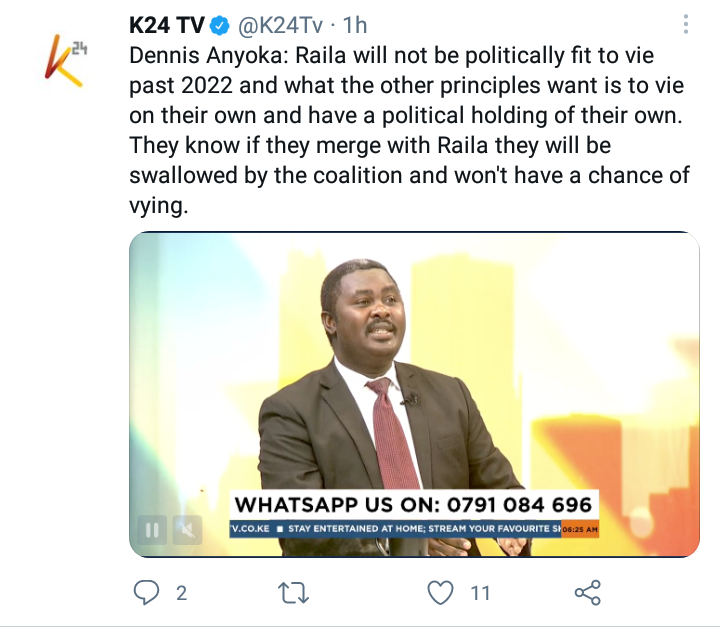 Kenyan Female DJs Who Are Shining In Male Dominated Industry

Juliani Raises Eyebrows With His Latest Post About Love

I am someone who is attracted to men, 'Michelle Ntalami says

Finally We Are About To Receive a Baby, Says Diana Marua As Her Latest Post Sparks Mixed Reactions