Police officers from Homabay are currently investigating an incident that happened today in after several IEBC Officials were allegedly caught in a meeting with one of the officials in his home.

In a news report that has been shared by a reliable source of information, it has been revealed that the 4 Suspects were allegedly caught by residents who immediately alerted police officers who rushed to the crime scene on time to arrest the suspects who were taken to the police station for more investigation and questioning over the same incident.

This is happening at the same time when the former prime Minister of Kenya and Orange Democratic Movement party leader, honorable Raila Odinga along with the deputy president of Kenya, honorable William Ruto have pledged to concede of they lose elections.

According to the reports given by both Ruto and Raila, they claimed that they Will do this Willingly.

While reacting to this incident, kenyans who took to their different social media accounts to express their opinions and suggestions on the matter have called upon the IEBC Chairman Wafula Chebukati to make sure the suspects are taken and charged in court for the same reasons.

According to the reports given by most Kenyans, they claimed that it was so unfortunate that the government is yet to do something about the increasing number of concerns being raised about IEBC Officials despite the fact that the country is heading to the general elections in a few days. 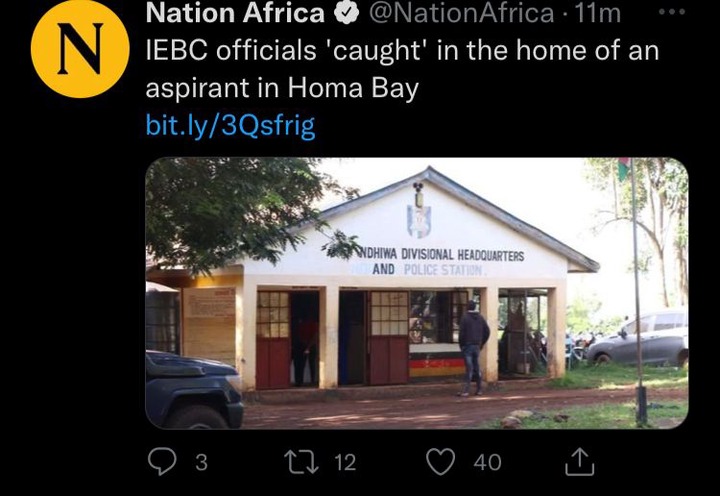 Mudavadi Breaks Silence After Being Named as Prime Cabinet Secretary