Popular Blogger Takes a Dig at Tangatanga Over This Dire Situation 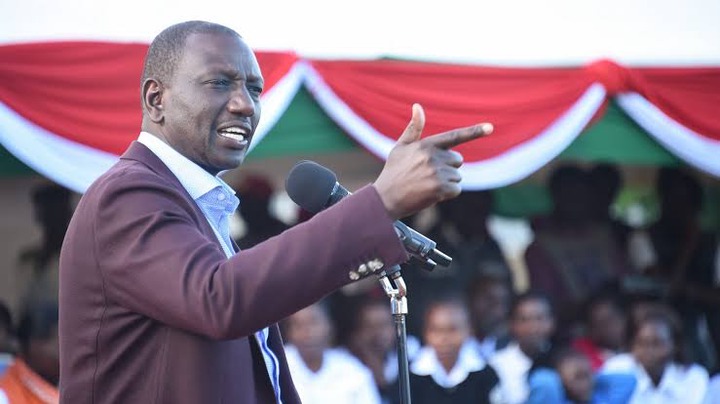 Recently, a controversial blogger took to the internet by storm to castigate DP Ruto and his allies. Lord Abraham Mutai shared some photos of a bridge that has collapsed in Bomet and the regional leaders have not taken any interest to repair it.

In his remarks Mutai claimed that William Ruto and Rift valley leaders are always in church donating millions every weekend to corrupt conmen in church but they can't donate a million to fix a hazardous bridge in their backyard. Mutai claimed that this is totally sideways priority ranking but surprisingly the people are just fine with it. He added that he is told that this Kinyang'a to Lelaitich bridge in Bomet. Leaders in charge should be charged for attempted mass murder, he said. He ended his remarks to say this is totally unacceptable. 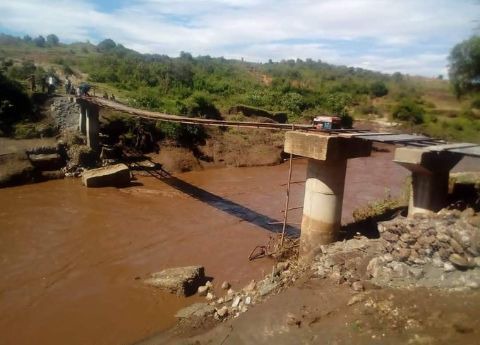 Kenyans reacted to this demand by Mutai. Some asked and why would Ruto donate when there are local leaders? They claimed that is a government project and maybe he should tag the handshake duo too. Others claimed that the stupid excuse that will be given by Ruto is that he will fix when he ascends to Presidency but for now there is an MP, a governor, senator, MCA and other leaders who can fix it. They added that Ruto must be smart in 2022 for him not work with such characters as they will fail him. 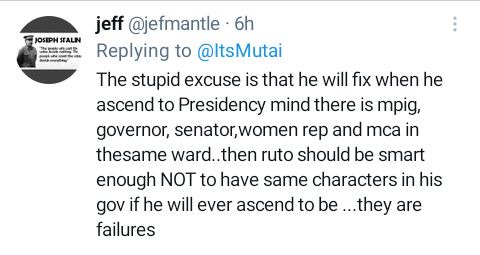 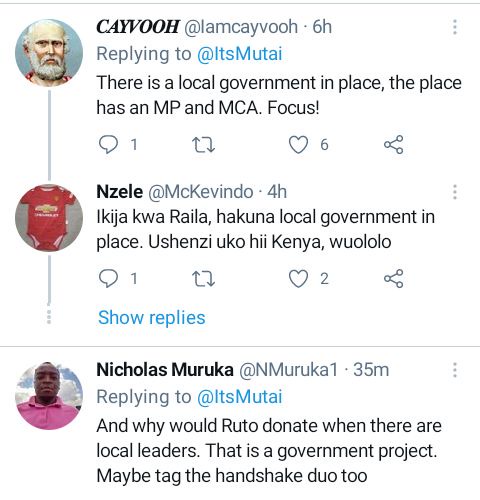 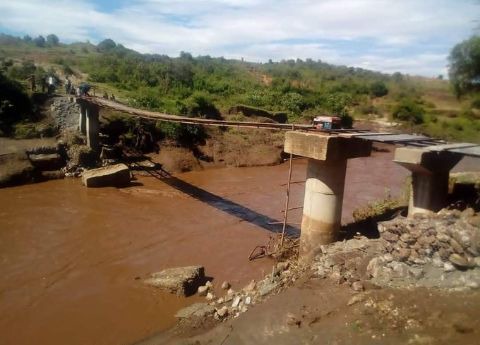 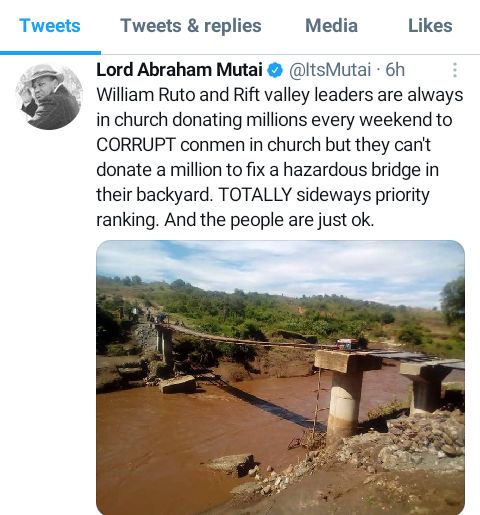 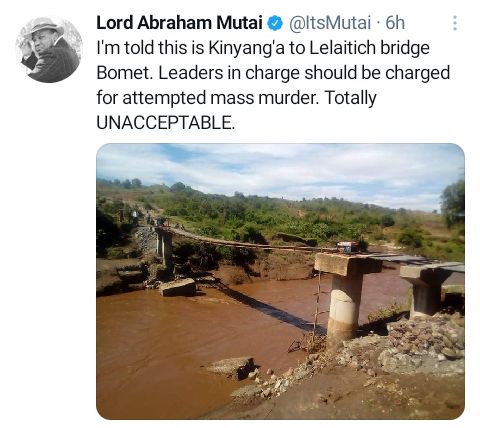 Private Schools Warned Against Forcing Parents In Taking Their Grade 4 Children To Schools In May.

The Upcoming 183Million Luxurious Bar Set To Open In Narok

Curfew Should Start At 5pm In The Following 3 Counties[opinion]

Reasons Why Raila Should Worry Of A Orengo-Ruto Merger- Opinion

'Whenever You See My Wife With Another Man Never Tell Me,' Sonko Pleads With Kenyans