Raila Odinga, the leader of Azimio La Umoja, rallied his troops to a meeting at Kibra's Kamukunji Grounds on Wednesday, December 7.

The final public event was nothing more than a campaign rally, with Opiyo Wandayi, Leader of the Minority in the National Assembly, reading out what he called "The Kamukunji Declaration." 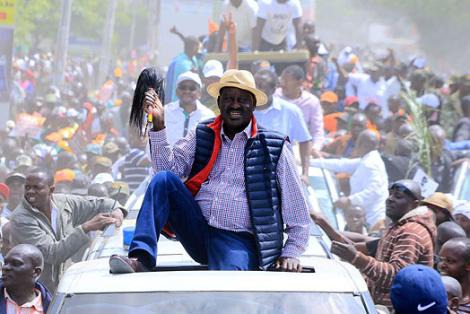 Opiyo outlined a nine-point agenda that the Azimio La Umoja brigade will push in what appeared to be an anti-Ruto agenda in the declaration.

Azimio La Umoja has decided to put President William Ruto's government under intense pressure to keep the promises he made during his campaign.

Beginning in January 2023, the Azimio coalition resolved to put President Ruto under immense pressure in order to force him to reduce the cost of basic comedies. 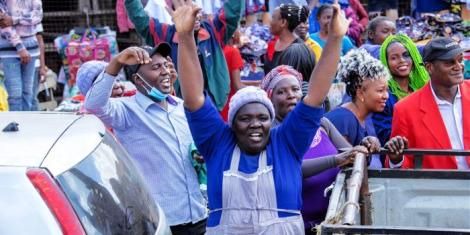 Azimio is determined to persuade President Ruto to reinstate the cash transfer program known as Pesa ya Wazee.

This initiative was created to help non-pensionable and elderly Kenyans who are not formally employed but are getting older.

5. Placement in the Ranks

The opposition agreed to ensure that President Ruto restores order within the government, particularly within the Cabinet.

The coalition chastised Ruto for allowing members of his cabinet to make illegal roadside declarations.

"These Cabinet Secretaries have been issuing dangerous and incorrect orders," Wandayi stated.

6.Commissioners of the IEBC 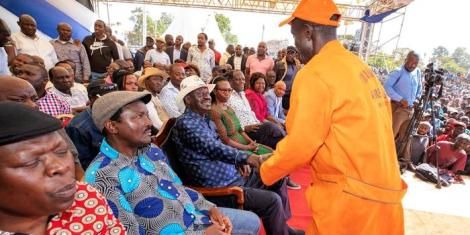 Azimio resolved at its first protest rally to put President Ruto under enormous pressure to ensure that the Rule of Law prevails in the reconstitution of the Independent Electoral and Boundaries Commission (IEBC).

The coalition agreed to ensure that Ruto restructures his government with a national perspective.

Azimio La Umoja claimed that the civil service is skewed and does not reflect the country's diversity.

Azimio La Umoja made the decision to put pressure on Ruto to resurrect the defunct Kazi Mtaani Project.

9. The Dialogue of the People 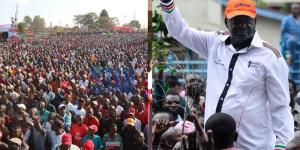 Azimio La Umoja resolved to continue the people's dialogue across the country in a statement read by Wandayi.

The coalition also invited supporters to another political rally on December 12, 2022, at Jacaranda Grounds.

The coalition's leadership used the opportunity to rally the country by painting a more hopeful, peaceful, and prosperous future for all.