By 254officialnews.com (self meida writer) | 9 days

Former Prime Minister Raila Odinga, has accidentally forgotten to remove his cap to honor that National Anthem when it was being sang at Kajiado during his meeting with the Maa Community leaders and experts.

In a video clip which has been shared by the Standard Newspaper on Twitter, Raila accidentally forgotten to remove his cap in honor of the national anthem as it was before sang, forcing his body guard to help in removing him the cap leaving him to look a little bit surprised.

https://twitter.com/StandardKenya/status/1437498413055201281?s=19. This act has left some Kenyans wondering, how the cameraman has managed to capture the video while he was supposed to also honor the anthem by standing in attention.

They have doubted him to be a Tangatanga ally who supports Deputy President Dr William Ruto who is Raila's to competitor for presidency. While some have linked that act to old age, saying that he might have forgotten due to the aging factor.

Here are some of their reactions on Twitter on the matter: 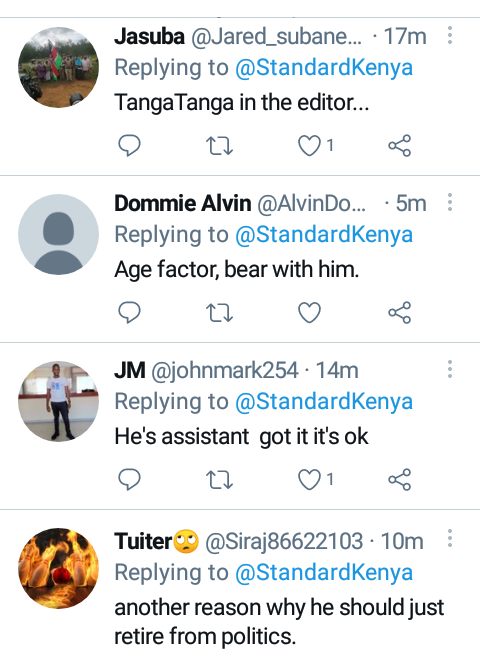 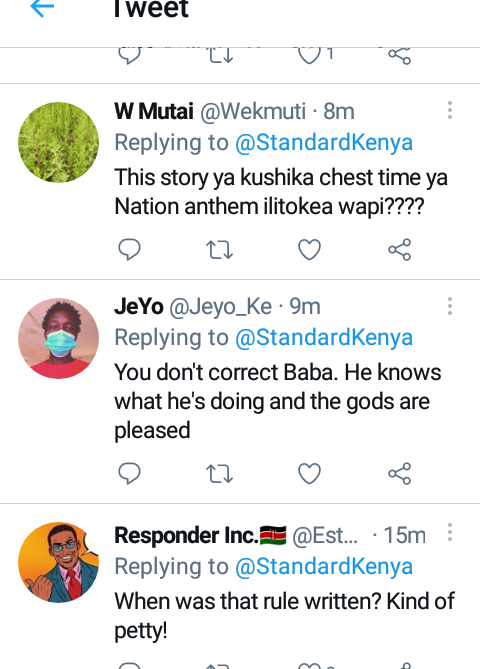 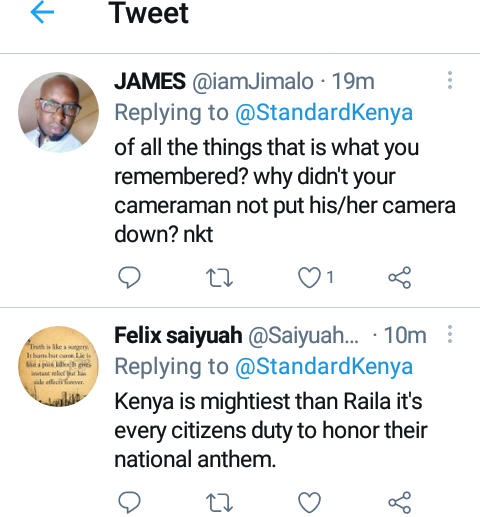 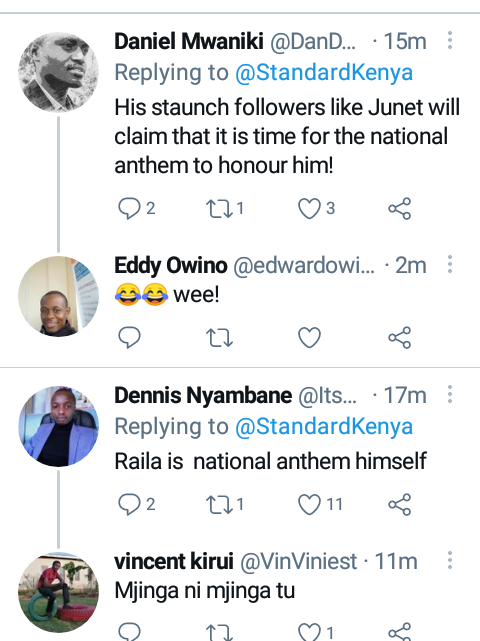 Top 6 Politicians With Expensive Homes And Houses In Kenya

Waiguru's Entry To UDA Proves Difficult As She Is Set To Face Her Sworn Arch-Rival Ngirici. Opinion.