Former Head of State of the Republic of Kenya, Uhuru Kenyatta. Since taking up the position in 2013, Uhuru has made a point of being humble. He has frequently been seen helping to carry the coffins of numerous important Kenyan politicians. This article talks about two notable figures whose coffins were carried by Uhuru Kenyatta on their funeral day.

On March 3, 1945, George Saitoti was born. His parents raised him primarily in Maasailand. Saitoti was a well-known Kenyan politician, businessperson, educator, and philanthropist who contributed to the transformation of Kenya in all spheres.

On June 10, 2012, in Kenya's Ngong Forest, Professor George Saitoti perished in a helicopter accident. Many Kenyans were grieving after his passing. Uhuru Kenyatta and all Kenyans suffered a profound loss with Saitoti's passing. Numerous significant figures from Kenya attended his funeral. 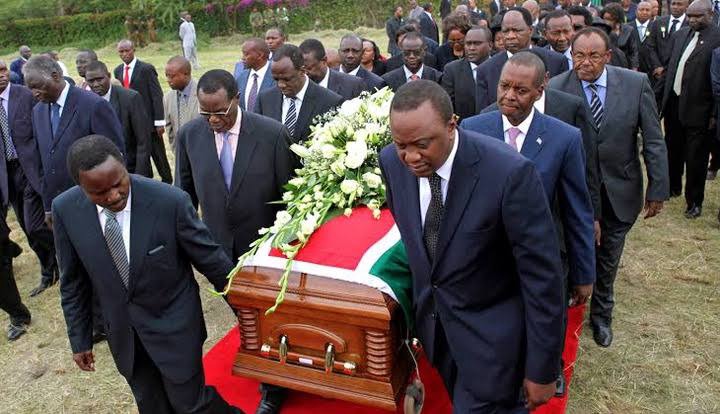 The former President not only carried Saitoti's coffin, but also that of Joseph Kasaine Ole Nkaissery. On July 8, 2017, Nkaissery passed away after an acute myocardial infection. Prior to his passing, Nkaissery represented Kajiado Central in the House of Representatives. On December 2, 2014, Uhuru Kenyatta proposed him for the position of Cabinet Secretary for Internal Security. 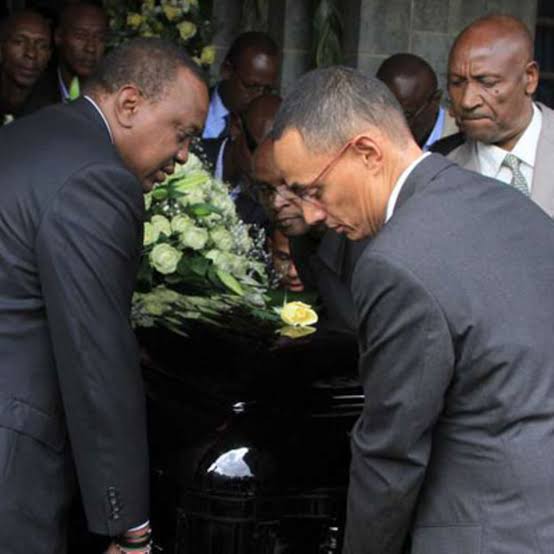