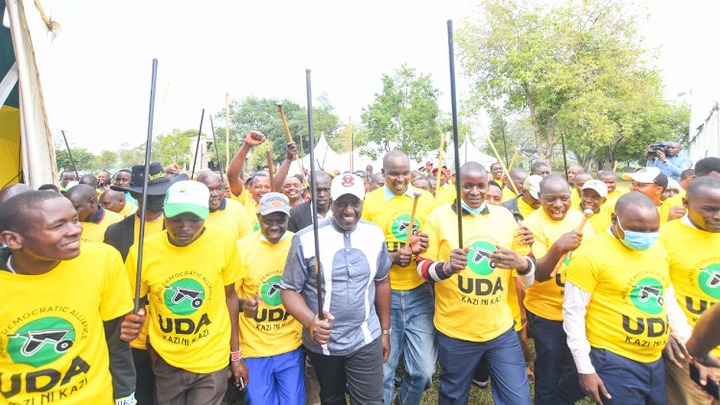 The youth maintained that Ruto is their kingpin, and they will stand will him until he wins the presidency next year.

They brought West Pokot to a stand still after holding a caravan that comprised of taxis and motorbikes, with the youths donning yellow and green t-shirts written 'Youths For Ruto, Hustler Nation and UDA.'

One of the lobby group officials stated that they have not been paid any anyone to popularize Ruto's bid, and are doing it since they want change that will be brought by the hustler nation through the bottom-up economic model.

Other leaders added that the UDA party has proved itself as a national party after doing very well in the recent by-elections, defeating old and big parties.

"We are behind William Ruto as out fifth president. We will hold a roadshow over 20 kilometers on civic education on voter registration. We are not supporting him because he comes from our region but because he has the agenda that touches on the youths of this country," said one of the youths. 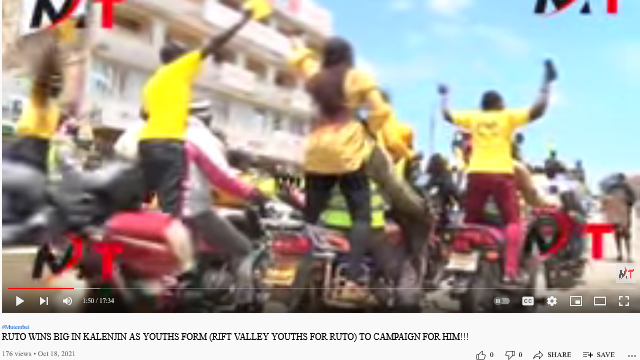 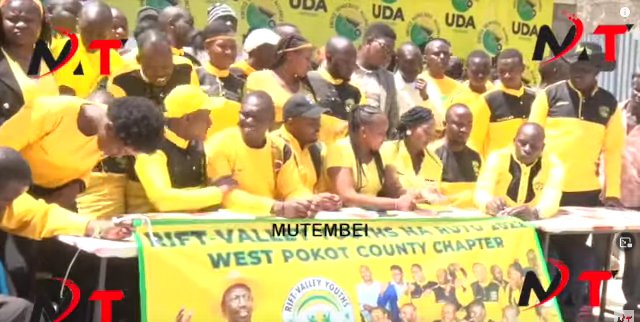