By PoliticosamiNews (self media writer) | 2 months ago 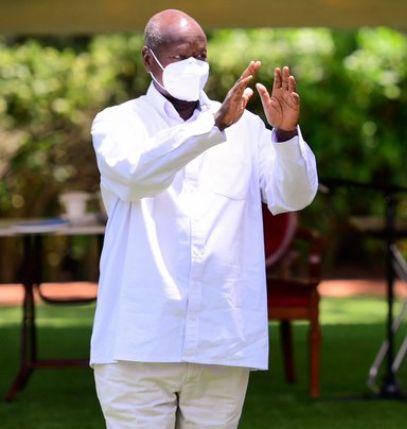 Former Nairobi governor Mike Mbuvi Sonko has praised Ugandan president Museveni after he apologised to Kenyans on behalf of his son.Museveni released an official statement disputing some offensive tweets that his son general Muhoozi had said about Kenya on Monday.The tweets had irritated some Kenyans and leaders.

After the apology by Museveni,Mike Sonko wrote in swahili through his twitter handle for the way he had navigated the whole situation.Sonko said that the Ugandan president was very responsible such that he had apologized to Kenyans on behalf of of his son.

"My people, president Museveni is a very responsible man,he has apologised to all Kenyans on behalf lf his son Muhoozi," the message loosely translated to English.

He also wished Museveni long life and jokingly said he wished he gets more energy to sire more chilren who would be responsible like him. 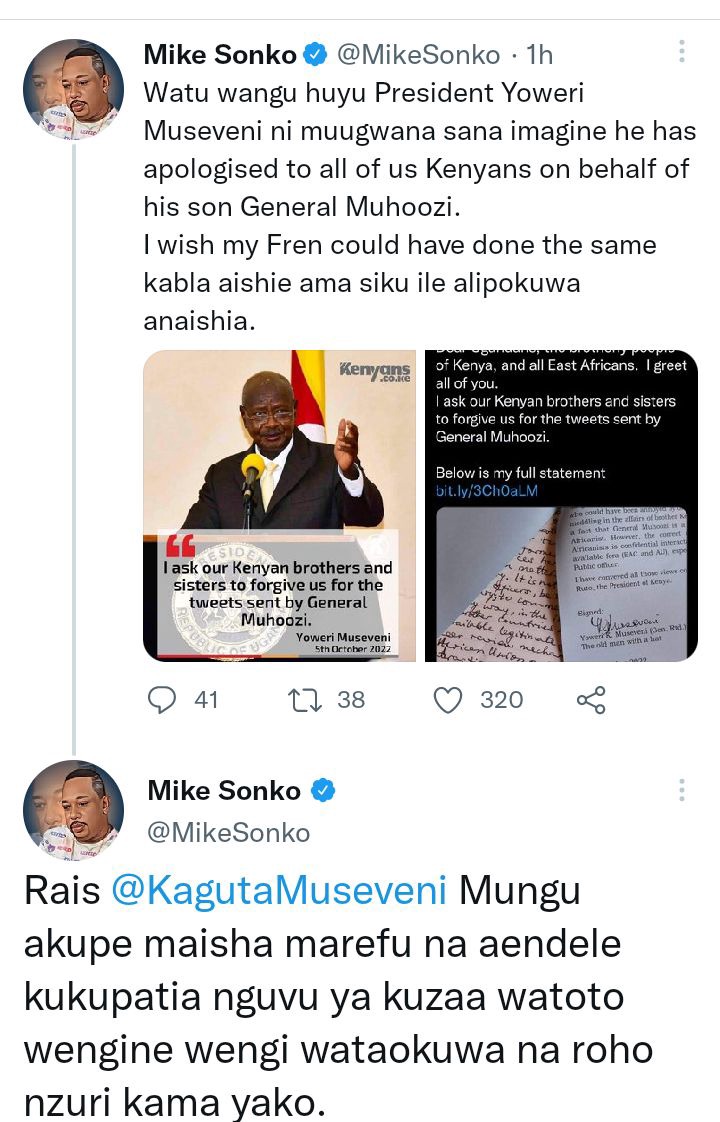 Content created and supplied by: PoliticosamiNews (via Opera News )

UPDATE: Speaker Wetangula Calls For a Special Sitting on Thursday For Approval of the Following

The benefit of unconditional support for value of life

How Successful Guys End Up Failing