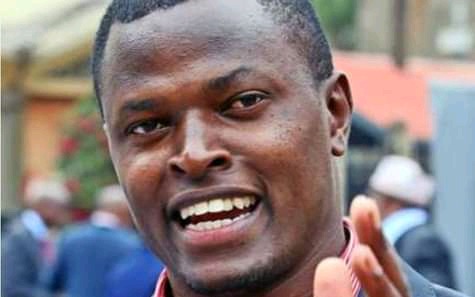 Kiharu Member of Parliament (MP) Ndindi Nyoro has shared how was confused while he intercepted Raila Odinga's convoy that was headed to Nyeri for a rally.

As reported by K24, Nyoro has allegedly said he intercepted buses that ferris people from Raila’s backyard to Nyeri in a bid to overwhelm his events.

According to Nyoro, he was perplexed by the visitors flocking Nyeri as at some point he thought Mt. Kenya was hosting inter-schools event, drama festival, only to be told it was Odinga supporters from Nyanza. 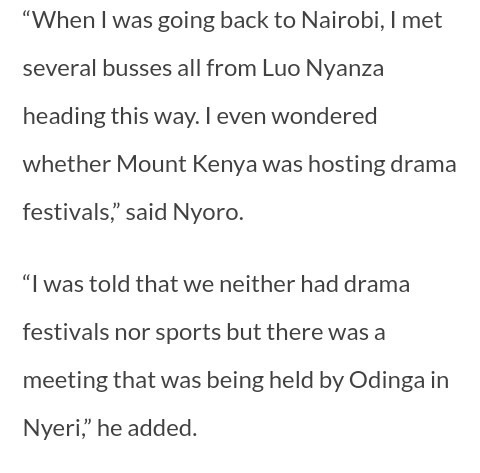 “When I was going back to Nairobi, I met several busses all from Luo Nyanza heading this way. I even wondered whether Mount Kenya was hosting drama festivals,” Nyoro said.

“... I was told that we neither had drama festivals nor sports, but there was a meeting that was being held by Odinga in Nyeri,” he added.

Raila Odinga has been in Nyeri for his two-day tour to popularize his unity call dubbed 'Azimio la Umoja' and called for massive support ahead of 2022 polls.

As this was published, this Writer had not established the allegation by the lawmaker if it could the truth of mere Political sentiments.