Democratic Action party, the party associated with the outgoing Defence Cabinet Secretary Eugene Wamalwa has reacted to the major rulings on corruption which have been made today. 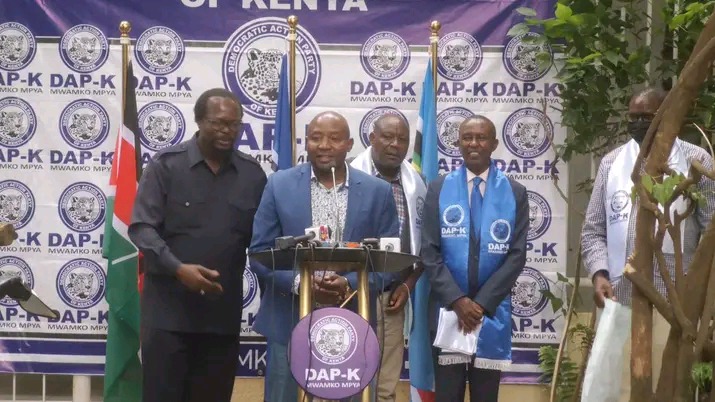 A section of Democratic Action party leaders in a past address.

Taking to social media pages, the party accused the Independent institutions of taking sides and siding with those who are being perceived as pro government while remain against those seem as pro Azimio La Umoja-One Kenya coalition party.

"Independent now (dependent) institutions @IEBCKenya, @EACCKenya and the hot air @Kenyajudiciary have turned into political soothers for the Pro government suspects with corruption cases and apprehending those aligned to Azimio." Read part of the post by Democratic Action party

"Waititu- Cleaned Waluke and Kimunya- guilty." The party lamented over the rulings.

In the Rulings, Sirisia member of Parliament Hon John Waluke's jail term has been upheld and demanded to pay 1billion or serve 67 years jail term. (https://twitter.com/KTNNewsKE/status/1577928609213423616?t=xiEanPjMJtr2vmQ42Nq5tQ&s=19)

On the other hand former Kipipiri constituency member of Parliament Amos Kimunya's 60 Million case has been ordered to begin afresh after acquittal was reversed. (https://twitter.com/TheStarBreaking/status/1577930338499792901?t=W22q3gpg26ssXeZLbBca-Q&s=19) 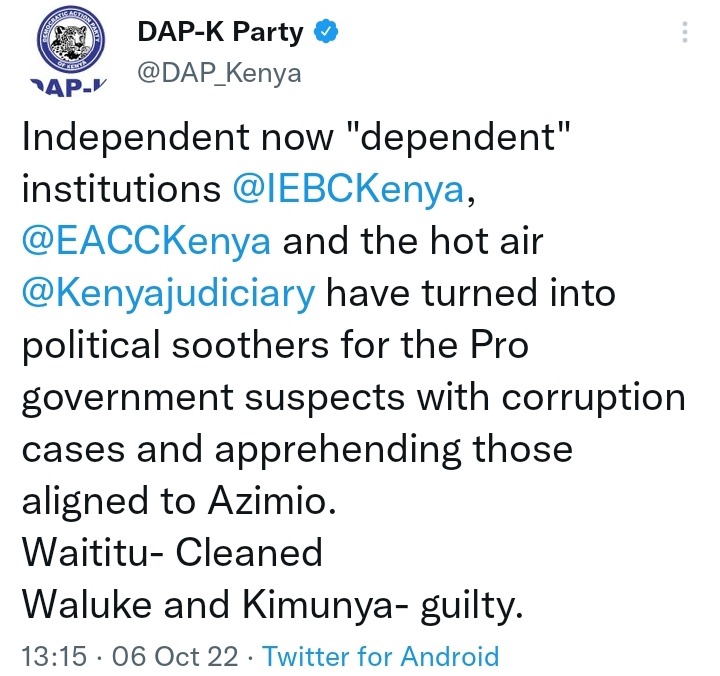 Cherargei Proposes What Government Should Do Ahead of Raila's Demonstration

Juliana Cherera's Message To President Ruto As She Resigns From IEBC