A furious argument between Ruto and his boss President Uhuru Kenyatta that nearly escalated into a physical altercation has reportedly been made public, according to Sunday nation. 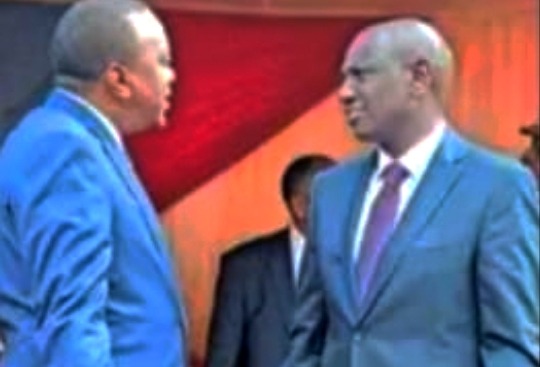 In the hours following the annoucement of their 2017 election win, a leaked audio recording has revealed.

An audio tape that was leaked in the hours after their 2017 election victory reveals the Nation media newspaper.

According to The Sunday Nation, a recording of the second in command speaking to elders at his Karen home also provides insight into the stressful period following the historic ruling by the Supreme Court.

This comes after the showdown ended the political alliance between President Uhuru Kenyatta and Deputy President William Ruto.

With the Ruto axis openly accusing Uhuru of having ruined the country's economy, the President appears to have decided to seal his legacy without Ruto's involvement.

Meanwhile you can share your thoughts through the comments section.