The Independent Electoral and Boundaries Commission, IEBC has gazetted William Ruto as President-elect and his Deputy, Rigathi Gachagua as deputy-president elect. IEBC chairman Wafula Chebukati gazetted the duo as Kenya's winners of the 2022 presidential election just hours after he announced their win at the Bomas of Kenya. 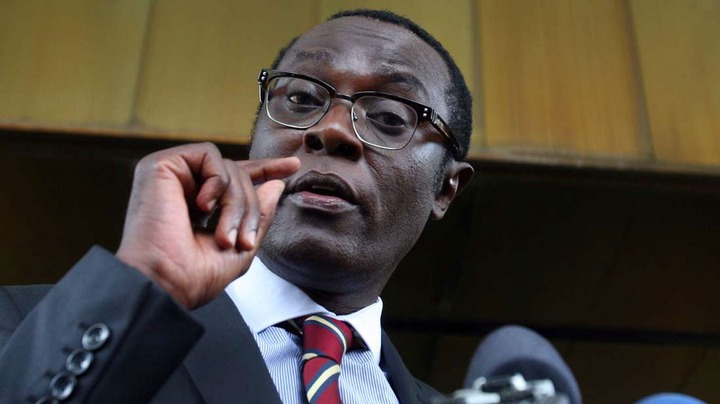 William Ruto is now hoping for his swearing-in ceremony in later date to go ahead smoothly if his win won't be challenged at the Supreme Court of Kenya. His Competitor, Raila Odinga is expected to issue an official press statement at 2.00pm on his next move after losing the Presidential election. Many have expected the Azimio La Umoja Flag bearer to challenge Ruto's win at the Supreme Court of Kenya.

@MutahiNgunyi People. It is NOT over UNTIL it is over. A gazetted President-elect can be de-gazetted. Lets WAIT for the INVALIDATION of this election by the COURTS. There are TWO paths. One, court to order a RECOUNT of form 34(B). Two, seek a NULLIFICATION based on illegalities. That SIMPLE. 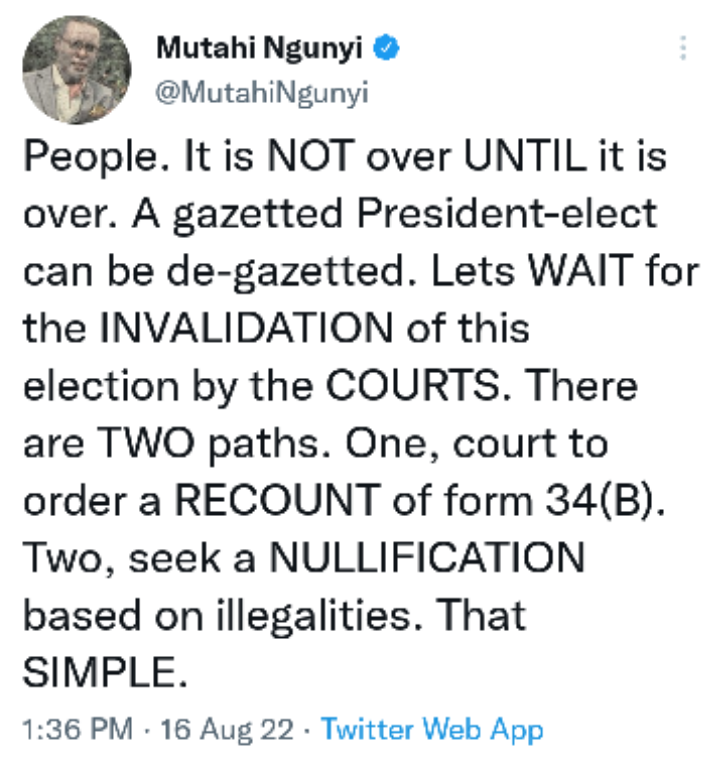 According to Prof. Mutahi Ngunyi the Supreme Court can either order for a recount of Forms 34B or nullify the whole election process based on the illegalities found. His prediction has given hope to Azimio La Umoja supporters who are determined to see Raila winning the Presidential election.