By Alganonkadi (self media writer) | 1 month ago

Arnold Maliba, the campaign manager for Azimio la Umoja, has disclosed startling information on how Azimio la Umoja thought NIS would support Raila's victory. In a morning breakfast interview with Citizen TV, Arnold Maliba claimed that Raila's team had a weak game plan and fell to Ruto fairly and unquestionably.

According to the Azimio Strategist, Bungoma was where elections were won and lost, and Raila's team had scented defeat.

"In Bungoma, the elections were both lost and won. Ruto was successful in displacing Raila from Bungoma and devouring our strongholds in the Coast and Western, "Arnold said. 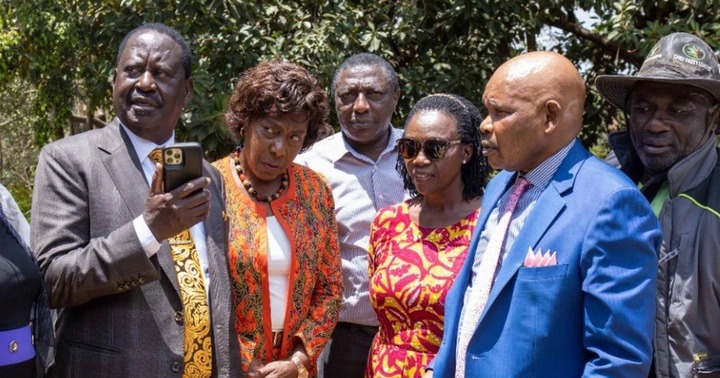 Maliba continues, saying that Raila's team thought NIS would interfere with IEBC systems and replace some form 34As.

"One of our team members told me, in the past, that NIS would break into systems and replace some 34A's. That never took place. You may have noticed our top agent designating BOMAS as a crime scene and inviting investigative agencies at one point."

"Without a plan, we run a propaganda-filled campaign. A lot of people let Raila down. Although I'm not very knowledgeable about law, I can see that Azimio may not have a strong case."

KRA Officials Leak Details Of What Is Happening After Ruto's And Gachagua's Orders.

President Ruto Legalizes the Farming & Use of GMO Food in Kenya, Says it Will Help in Food Security